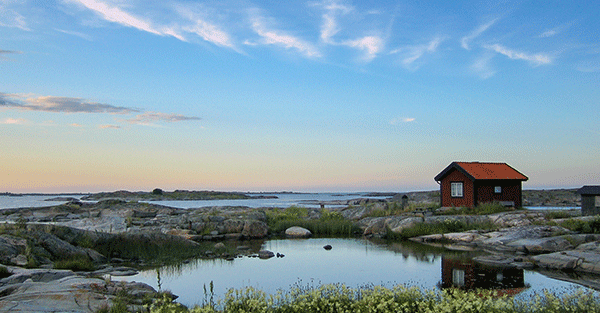 Get cozy in Montana with this decked out 245 square-foot tiny home …  What this rustic and quaint tiny home lacks in square footage, it makes up for in décor and location.  Set in extremely rural land alongside Skalkaho Creek in Hamilton, Montana, this 245 square-foot home looks like something straight out of Pinterest.  -AOL Editors

The tiny house movement is similar to the tiny apartment movement. And there are companies that offer a selection of tiny houses.

What’s behind this movement? A polite but firm suggestion that you downsize your lifestyle.

The tiny house movement is surely a promoted one. The handful of tycoons that own the West’s major media want more and more people to live in chaotic, depressed conditions.

It makes them more manageable. The trick is to generate the “buy in.” Ideally people make themselves wretched if you market constrained circumstances as an upper-class phenomenon.

For instance, Brevard Tiny House Company looks to offer “alternative housing options” to people who “seek more economical and environmentally-friendly dwellings that are as fulfilling as a typical American home.”

They offer a variety of styles and sizes. Brevard seems like a competent company, and their customers are probably satisfied with what they select. But it’s the bigger picture we have questions about.

Meanwhile, in New  York, the tiny apartment movement is growing.

Gregory Paul Johnson, president of the Small House Society, is quoted by Fox as saying that the micro-movement is expanding because such small buildings are affordable – and also for  environmental and philosophical reasons.

Absolutely. This movement is aimed at the social justice crowd. To begin with anyway.

That’s not to say it’s being greeted with universal enthusiasm. At Mercury News, Marni Jameson has posted her own perspective regarding tiny houses:

…  You know by now that I’m all for letting go and lightening up. But some folks have taken this to the extreme. Just look at the tiny house movement, which is not tiny.  All across America, people are pitching possessions, eliminating expenses and shoehorning themselves into living spaces the size of walk-in closets …

While I was on the road talking in various cities about my new book, “Downsizing the Family Home,” audiences everywhere kept asking what I thought about tiny houses. “I’ve been in the doghouse before, and don’t want to go back,” I said.

Jameson may not be a fan, but her article later informs us that the trend “is the subject of at least two TV shows — HGTV’s Tiny House Hunters, and FYI Network’s Tiny House Nation – and much press.”

Tiny house propaganda fits right in with buzzwords such as “downsizing.” Maybe those who want to live in tiny houses and apartments have a philosophical perspective. But absent the bad economic climate, we doubt many would be interested.

On the other hand, this meme slots right into all the rest of it: small cars that drive themselves; airline wait-times up to three hours or more; part time jobs without benefits.

Welcome to the era of lesser expectations. People work just as hard as before but the system itself is not recognizing that hard work. Sometimes, you can’t even find a job.

And it does so on an ongoing basis while proposing evermore fantastic, globalist solutions. Again and again, power passes from the many to the few.

This is the unfortunate future for too many people. It’s the reason, as well, that Trump is likely the GOP nominee for president and Bernie Sanders is beating Hillary Clinton in Democratic primaries.

People are angry. After 50 years of economic destruction, the West is reeling. People are distrustful of old faces and failed solutions.

And the same elites that created the current economic mess have now begun to fracture national cultures by encouraging cross-border Islamic immigration.

Is the small house and small apartment movement simply an entrepreneurial response to difficult economic situations? Not likely.

Conclusion: People are being pushed to minimize their lifestyles. We’re not supposed question, only “cope” with the way things are. We agree with the coping part but it’s more important than ever to ask questions. And then take action.