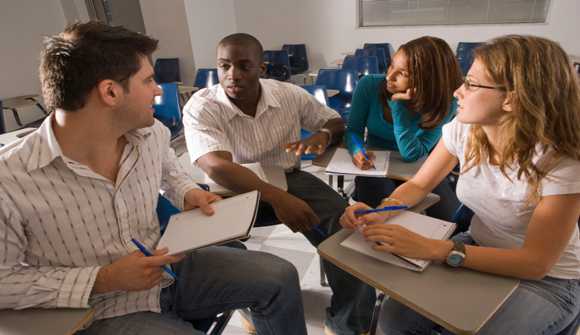 Northwestern is one of the finest universities in the world and is particularly renowned for its journalism school.

The Daily Northwestern student paper, staffed by these aspiring journalists, recently apologized for covering a “traumatic” event on campus.

The traumatic event in question was a speech by former Trump official Jeff Sessions.

Unsurprisingly, some students protested the ex-Attorney General’s speech, and the newspaper covered the protest. But the paper said they inadvertently “retraumatized” these protesters in reporting the story.

Past generations were traumatized by fighting in the Vietnam War, or having police dogs sicced on them while marching for equal rights.

All it takes for these snowflakes is to be traumatized is a newspaper article about a man who has differing political opinions.

So the paper apologized and published an editorial promising that if a news event could be ‘triggering’ to the snowflakes, it just won’t be reported.

Once again– this is supposed to be one of the finest journalism schools in the world.

Sometimes Twitter reveals the true beliefs of the Bolshevik intelligentsia.

“I unironically embrace the bashing of rural Americans. They, as a group, are bad people who have made bad life decisions… this nostalgia for some imagined pastoral way of life is stupid and we should shame people who aren’t pro-city.”

The University of California at Berkeley is legendary for stifling any views that don’t conform to the Bolshevik agenda as “hate speech”. But it’s apparently fine with denigrating broad swaths of Americans as “bad people” who should be shamed for not living in a city.

(I wonder how many mid-westerners were “traumatized” by the tweet.)

Remember Rachel Dolezal, the white women who pretended to be black and became an NAACP official?

Turns out she was just ahead of her time.

Now the Universities and Colleges Union in Great Britain is seriously arguing that people should be able to identify as any race they want.

The union for professors and other academics put out its official stance in a recent report which said:

“Our rules commit us to ending all forms of discrimination, bigotry and stereotyping. UCU has a long history of enabling members to self-identify whether that is being black, disabled, LGBT+ or women.”

Disabled? Seriously? I guess the competition for the best parking spots is really going to start heating up.

And just to be crystal clear about the union’s views, a spokesman confirmed that, yes, members can choose to identify and be recognized as black. Or disabled. Or whatever else.

Teenagers are known for mood swings and temper tantrums.

Now imagine being a 15 year old boy, a quadruple amputee, who has been abandoned by his parents, and forced to live in a group home.

I’d imagine you’d have a bad day from time to time.

And during one of the teenager’s bad days, staff at the group home called police over to the house.

You already know where this is going: the cop reacted aggressively… and it was all caught on video.

The footage shows the officer screaming at, tackling, and finally arresting the boy.

It’s unclear exactly what the officer was afraid would happen if the teen wasn’t restrained, because, reminder, he has no arms and legs. It’s not like the kid was going to reach for a weapon or run away.

Another boy at the group home filmed the incident, and hands the phone off to another teen when the officer approaches him.

Despite his compliance, the teen’s head is seen being slammed into the wall by the officer, before he is also arrested.

US government bans sleeping at the office

Apparently there’s a problem with US government employees sleeping on the job… and the problem is so bad that Uncle Sam felt the need to explicitly ban taking naps at the office.

If any US government employee wants to sleep in a federal building, for any amount of time, they now have to get permission from an agency official.