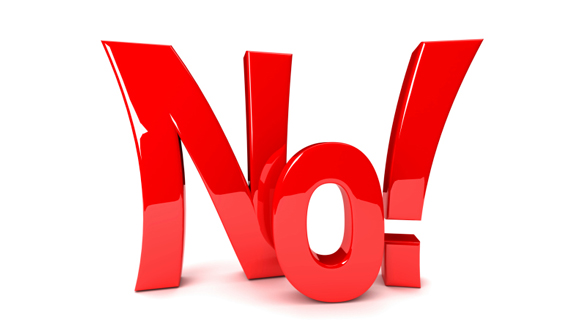 Problems with scientific research How science goes wrong Scientific research has changed the world. Now it needs to change itself … A SIMPLE idea underpins science: "trust, but verify". Results should always be subject to challenge from experiment. That simple but powerful idea has generated a vast body of knowledge. Since its birth in the 17th century, modern science has changed the world beyond recognition, and overwhelmingly for the better. But success can breed complacency. Modern scientists are doing too much trusting and not enough verifying—to the detriment of the whole of science, and of humanity. – The Economist

Dominant Social Theme: Science has gone off the rails. Fix it by insisting on standards.

Free-Market Analysis: The Economist has focused on one of the enduring scandals of the past century – which is how science and scientific research has been perverted by the pressures of modernity.

We've written about this a good deal, of course, and our conclusion is that science, like every other part of the modern "public" conversation, has been ruined by the pressures brought to bear by elite dominant social themes.

The power elite promotes scarcity-based memes to frighten middle classes into giving up power and wealth to specially prepared globalist facilities such as the UN, IMF, BIS, etc. Every part of Western civilization is subservient to this over-arching drive: education, religion, the military, business, finance, media and, of course, science.

Since much science is dependent on university affiliations or corporate activities and both corporations and universities are in turn supported by Western, central-banking economies, science that doesn't confirm globalist assumptions is in short supply.

You will read none of this at The Economist, of course. They have as usual correctly identified a problem. But as they themselves are part of it, do not expect the magazine's brain trust to provide a serious solution.

We recall quite vividly when Economist editors decided a few years ago that the Internet was a significant invention – important in its own way as the Gutenberg press. While this insight was impressive, we were less impressed than most, having developed and elaborated on a similar concept a number of years previously.

What did strike us as especially creative, however, was that Economist editors did not simply offer a hypothesis concerning the Internet as a modern Gutenberg press. No, they complicated the picture by explaining that the part of the Internet that was especially noteworthy was its use of SOCIAL MEDIA.

This was the big breakthrough, not the Internet itself, or the Worldwide Web, etc. We could hardly believe the brazenness with which this theory was advanced, as it was so obviously false. It was a little bit like claiming the Gutenberg press changed the fabric of yesterday's culture because of the type-font it employed.

One was almost incidental to the other. The reason, however, that The Economist editors wanted to make a big deal about social media was because social media could be controlled by its owners. Unlike individual blogs, social media outlets conformed to specific guidelines and users could lose privileges if they didn't cooperate.

The Economist is one of the major thought magazines of the power elite and those elites has to acknowledge the power of the Internet at some point. They chose to do so by promoting social media because it allowed them to provide a controllable solution to an otherwise intractable problem.

Since that article, we've noticed that Internet blogs have continued to be prominent parts of the alternative media. But we would be hard-pressed to provide the name of a blog existing purely on, say, Facebook that has the impact of Drudge or InfoWars.

A new media venture has just been announced, one we wrote about only yesterday ("Money Play? New Media Strikes Back"). You can bet it won't use Facebook as a platform for its launch. It's a ludicrous suggestion. But it is one The Economist spent many pages on.

And so it is with this article, equally ludicrous in its own way. The top people at The Economist surely know why scientific rigor has eroded over the past century. They know because they are part of the same problem.

How many articles have we read in The Economist on global warming and various other kinds of manipulative dominant social themes, alarmist articles with little or no scientific rigor?

The Economist as a main "thought magazine" is a relentless distributor of elite memes. It's positioned as a droll, witty and above all sophisticated read. If you want to be a hip mid-level executive you better read The Economist and understand what's in it.

But that hardly means what is in The Economist is accurate. And this article raising concerns about science is a good example. Here's an excerpt towards the end:

One priority should be for all disciplines to follow the example of those that have done most to tighten standards. A start would be getting to grips with statistics, especially in the growing number of fields that sift through untold oodles of data looking for patterns. Geneticists have done this, and turned an early torrent of specious results from genome sequencing into a trickle of truly significant ones.

Ideally, research protocols should be registered in advance and monitored in virtual notebooks. This would curb the temptation to fiddle with the experiment's design midstream so as to make the results look more substantial than they are. (It is already meant to happen in clinical trials of drugs, but compliance is patchy.)

Where possible, trial data also should be open for other researchers to inspect and test. The most enlightened journals are already becoming less averse to humdrum papers. Some government funding agencies, including America's National Institutes of Health, which dish out $30 billion on research each year, are working out how best to encourage replication.

And growing numbers of scientists, especially young ones, understand statistics. But these trends need to go much further. Journals should allocate space for "uninteresting" work, and grant-givers should set aside money to pay for it. Peer review should be tightened—or perhaps dispensed with altogether, in favour of post-publication evaluation in the form of appended comments. That system has worked well in recent years in physics and mathematics.

Lastly, policymakers should ensure that institutions using public money also respect the rules. Science still commands enormous—if sometimes bemused—respect. But its privileged status is founded on the capacity to be right most of the time and to correct its mistakes when it gets things wrong. And it is not as if the universe is short of genuine mysteries to keep generations of scientists hard at work. The false trails laid down by shoddy research are an unforgivable barrier to understanding.

You see the weaknesses of the language? It reads like a bad term paper from a weary student. Journals should not be averse to "humdrum" papers and should allocate space for "uninteresting" work, whatever that means.

Other scintillating observations? Scientists should "respect the rules" and "tighten standards." This hardly addresses the real issue, which is that science is systematically perverted by torrents of government money provided via the West's central-bank run economies – and bankers are interested only, or mostly, in results that support the Holy Grail of Globalism.

Of course, one could hardly expect this sort of conclusion to pop up in The Economist, but it is worth noting nonetheless, because this article is yet another example of how top "controlled" publications confront weighty issues without properly resolving them.

Want to drain the cesspool of Big Science? Simply make sure top journals are funded independently of the current corrupt system of Big Science. That's all you need to do. Let the journals compete without being beholden to the current benefactors. It's not hard, and it could be done. You read it here first.