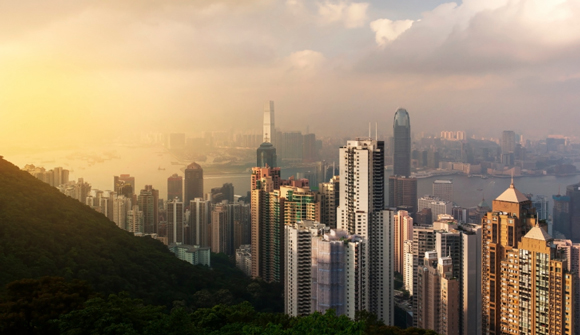 STAFF NEWS & ANALYSIS
Not too shabby for a place with no natural resources…
By Simon Black - June 10, 2019

There are truly so many things to love about Hong Kong.

Most visitors would probably gush about the exotic night life or legendary cuisine (the Cantonese, they say, eat anything with four legs… except the table.)

All of those things are fine and good. But at the top of my own list of things that I love about Hong Kong is that this place is a veritable monument to the awe-inspiring forces of capitalism.

When Hong Kong was handed over to the British in 1897, it was nothing more than a remote fishing village with a handful of illiterate peasants.

Within a few decades it would grow to be one of the most modern and prosperous places on planet.

There’s no secret its success: Hong Kong has long been famous for being one of the freest places in the world, where free market capitalism reigned supreme instead of bureaucratic stooges.

Talented entrepreneurs came here because they knew they would be unconstrained to build, achieve, and create value, where the only limitation was the extent of their own ambition.

You can still see it everywhere; Hong Kong has the highest concentration of skyscrapers in the world with world-leading infrastructure that cuts through mountains and beneath the sea with ease and sophistication.

Banks here are extremely liquid and well-capitalized. Plus the government has minimal debt and is awash with cash despite having one of the world’s lowest tax rates.

That’s not too shabby for a place that has virtually zero natural resources.

All of this success is due in large part to Hong Kong’s freedom; and that freedom has become a cultural value here, something that people cherish. When it’s under threat, they protect it.

Over the weekend while I was here, people in Hong Kong staged a MAJOR protest, estimated at more than 1 million people. That’s more than 10% of the entire population.

They were out in the streets protesting against a new law that will make it easier to extradite political dissidents to mainland China– something the locals here find morally reprehensible.

They’ve been fighting against growing influence from the mainland ever since the British handed control back to China in 1997.

China promised to keep its hands off for at least 50 years, but they haven’t kept that promise, and the communist party has been slowly sinking its teeth into Hong Kong ever since.

Every time that happens, people in Hong Kong fight back, en masse, to safeguard their prized freedoms.

But as hard as they fight, they can also see the writing on the wall: the Chinese government is not going to stop chipping away at the liberties that made Hong Kong what it is.

So they instinctively know that they need a Plan B.

Having a Plan B is not about Doom and Gloom. It’s an insurance policy against future risks, no different than insuring your home against a fire.

Obviously no one expects their home to catch fire, or lies awake at night terrified that everything is going to burn to the ground.

We purchase insurance policies because it’s a sensible thing to do. And then we go on with our lives.

That’s a Plan B. And for many people, a big part of that is having a second residency– so that if things ever take a turn for the worst in their home country, they have a place to go with their families to live, work and continue prospering.

People understand that intuitively here. Even the weekend edition of the local paper had a front-page report about real estate in Canada– which is a popular investment here.

So if things in Hong Kong remain good, their foreign investment property will generate cash flow and appreciate in value. That’s a win.

But if things take a turn for the worst, they already have a place to go– a home, with legal residency, where they can relocate in a matter of hours. That’s an even bigger win.

This is an absolutely sensible precaution that anyone in the world who has the means should consider.