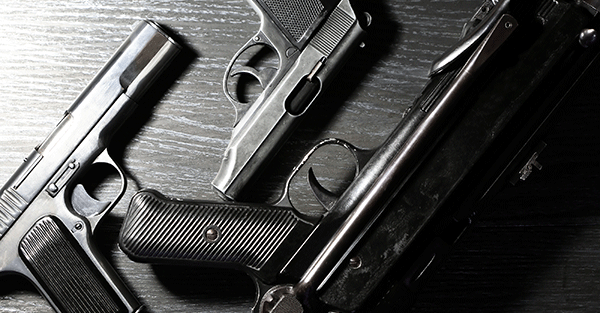 Lessons of Hiroshima ring again in Orlando … Thomas Friedman says we as a nation must address the moral implications as technology gives us more power to destroy move lives … I want to talk today about the horrific human tragedy of Orlando. But first I want to talk about Hiroshima – or, more precisely, the profound speech that President Barack Obama gave there …. -New York Times News Service

The New York Times has just published an article comparing the Orlando shooting to Hiroshima.

The point that is made is one we have discussed recently in these pages in several articles. It again justifies our perception that many modern trends, including increased government and military authoritarianism began with the Hiroshima bombing.

From the Times: “[Hiroshima]  represents a world in which for the first time ever a country possessed the power to kill all of us – and if it had to be any country, I am glad it was America.”

The Times opinion piece goes on to warn that there are parallels between today’s individual weapons and the Hiroshima A-bomb. Individuals will soon become “super-empowered” – able to kill “all of us.”

This is surely more scare-mongering, of course. But the Hiroshima argument is predictable enough.  Just as government was necessary to regulate and restrict A-bomb usage, so government is now necessary to perform the same task with hand-held weapons.

The article cites Obama’s recent speech at Hiroshima: “Technological progress without an equivalent progress in human institutions can doom us. The scientific revolution that led to the splitting of an atom requires a moral revolution as well.”

In simplest terms, the atomic bombing of Hiroshima continues to empower government to make moral decisions for the rest of us. This is the great advantage that Hiroshima bestowed on bureaucrats everywhere, as we have already pointed out.

But what if Hiroshima was not “nuked?” In recent articles we’ve been raising this question. What if the A-bomb of the time was rhetorical device to allow Truman to make the same kind of arguments that Friedman is making now?

What if the “bombing” was necessary to place the US in a position of power as the world’s ultimate moral arbitrator?

Recently, we reproduced a video that provided an image of an AP article reporting that Hiroshima had been firebombed. You can see that video HERE.

Yesterday, Feedbacker Mary was kind enough to forward a Hiroshima VIDEO explaining that Japanese early warning radar showed that on the night of August 5-6, there were 66 bombers headed toward Imabari, close by Hiroshima, for a bombing run.

How can craft aimed at Imabari bomb Hiroshima?

Well … as the video explains, Imabari had apparently been bombed months before in several raids.

There was no reason to send 66 bombers on August 5-6 to Imabari. It was a desolate plain of jumbled ash. This is revealed in a book by Edwin Hoyt entitled Inferno, the Firebombing of Japan.

Here is some narrative from a PERTINENT PAGE in the actual book.

“Suddenly,  one day, I was told something unexpected,” Manabe said. “When I was looking at the train timetable, I found that no trains stopped at Imabari station … I wondered why the third largest city in the province had no train service. It  sounded ridiculous.

A third guy stepped up … “It’s not strange at all. There’s no stop because there’s no Imabari City anymore. It got burned up last April in the air raid … No buildings, no houses, no people … The whole city burned up and the people ran away …”

A fellow soldier explained to Manabe. “The air raids came on the 26th of April and the 8th of May. Imabari was burned up. My father was in business there. We had a wholesale draper business. All gone. All burned up.”

If Imabari had been bombed previously, then where were the 66 bomber pilots on August 5-6 actually headed? The video (address above) suggests they were actually headed to Hiroshima.

In our PREVIOUS ARTICLE we speculated that the young airplane combatants had been given coordinates but not the actual name of the city they were firebombing.

We have no reason to doubt the narrative in Hoyt’s book, though certainly there are problems we might not be aware of. But related documentation in Wikipedia states that on August 5-6, 66 bombers HEADED FOR IMABARI to firebomb a city that no longer existed.

Some sixteen hours later, Truman announced the atom bombing of Hiroshima. Truman gave due credit to the government and US Army.

Both science and industry worked under the direction of the United States Army, which achieved a unique success in managing so diverse a problem in the advancement of knowledge in an amazingly short time.

It is doubtful if such another combination could be got together in the world. What has been done is the greatest achievement of organized science in history. It was done under pressure and without failure.

The bombing of Hiroshima is horrifying but – on the Internet anyway – increasingly controversial. As with the moon landing, it seems additional anomalies are regularly being discovered.

Photos taken of Hiroshima after the A-bomb detonation reveal a city that looks a lot like Tokyo after its devastating firebombing. Much concrete on roads and buildings seems untouched.  You can see Hiroshima photos HERE.

We will once more provide the standard disclaimer regarding our certainty about Hiroshima as a potential Pentagon false-flag. Yes, it may have happened just as reported. But we have significant doubts: Questions, not answers …

The first reports of the Hiroshima blast clearly invoke a firebombing, including the AP report in the LA Times. And 66 bombers were sent to bomb a non-existent city near Hiroshima. As for doubts, we’ve reported additionally HERE.

There are parts of the Hiroshima narrative that remind us of other elite thematic elements of questionable social control: vaccines, central banking and global warming to name a few.

When it comes to modern technology as it is applied in health care, science and national defense, the mainstream media is hopeless. It simply regurgitates press releases.

There was never any independent investigation of Truman’s statement regarding Hiroshima. Instead, it was made a capital crime to discuss it.

The Hiroshima atom bombing gave birth to the modern 20th century with its celebration of technocracy and military industrial and intelligence complexes.

Conclusion: As we can see from the New York Times article, these authoritarian memes are now deeply buried in the culture. Given the central importance Hiroshima and continued questions about what actually happened there, considerable skepticism in our view, is warranted.