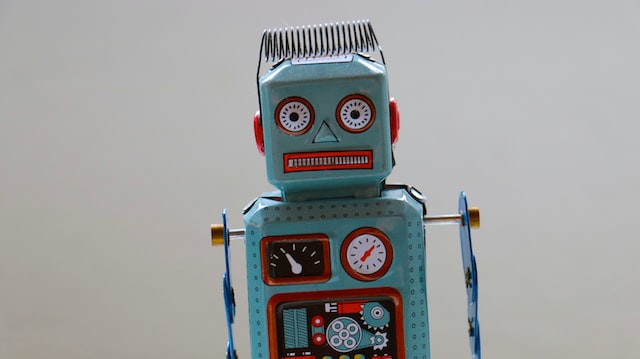 “The controversy began at the September 21 meeting of an Oakland Police Commission subcommittee, a civilian oversight council addressing what rules should govern the use of the city’s arsenal of military-grade police equipment.”

Extrajudicial robot executions were on the agenda:

“The back-and-forth between the Oakland Police Department and a civilian oversight body concluded with the police relinquishing their push for official language that would have allowed them to kill humans with robots under certain circumstances. It was a concession to the civilian committee, which pushed to bar arming robots with firearms — but a concession only for the time being. The department said it will continue to pursue lethal options.”

Specifically, the Oakland police expressed interest in potentially using for this purpose the “gun-shaped” “percussion actuated nonelectric disruptor” that shoots blank shotgun shells and pressurized water – described imaginatively as “a shotgun barrel secured to an 800-pound Roomba on tank treads.”

“Does the department plan on using a live round in the robot PAN disruptor?” asked Commissioner Jesse Hsieh.

Lt. Omar Daza-Quiroz waffled and settled on the fence with an uninspiring equivocation: “No… I mean, is it possible we have an active shooter in a place we can’t get to? And he’s fortified inside a house? Or we’re trying to get to a person.”

So Daza-Quiroz’s initial “no” actually meant “yes, we would like state permission to kill citizens with shotgun-armed robots when we decide it’s justified due to an emergency situation — a determination, incidentally, that we are empowered to make on an ad hoc basis.”

The robots-with-guns moral dilemma is classic slippery slope stuff. We’re on top of the slope for now – armed robots don’t yet have the legal authorities and hardware to conduct summary executions for jaywalking – but that slope is all lubed up and ready to pull us into oblivion.

“Lobbying disclosures indicate the San Diego-based company, which builds the Predator and other drones that have become a staple of the Pentagon’s arsenal, is stepping up efforts to persuade policymakers in Washington to increase the use of drones on the border… Whether it is aiding search-and-rescue missions, advancing scientific research, responding to natural disasters, or helping farmers care for their crops, drones are capable of saving time, saving money and, most importantly, saving lives.”

Then, in 2020, the goalposts were quietly moved to allow Customs and Border Protection (CBP) to operate “within the ‘immediate border area’ within 25 miles of the border.” And the compliant, uncritical corporate media asked no questions.

Fast forward a few years down the slippery slope and we find that Customs and Border Protection is doing drug raids in New York with state police:

As American civil society slides downward into techno-hell, you’ll notice, in the context of novel technology with enforcement applications, that:

By increment, American citizens are subject to the same treatment as Iraqi civilians getting gunned down from helicopters in the War of Terror era. The chickens have come home to roost.