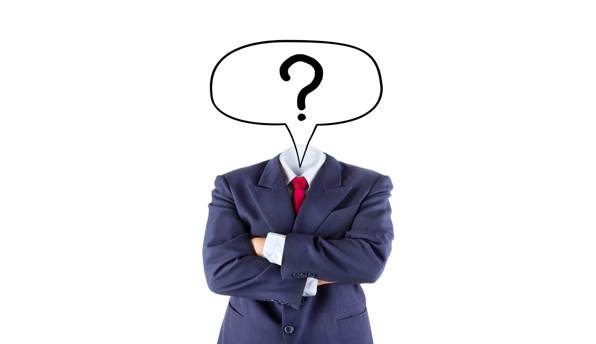 'Obama hates business' is an idiotic distraction. Also: It's wrong … What's gnawing at me is this throwaway line in an editorial from the Economist about the very real problem of slower macroeconomic growth. In reference to an alleged spate of "anticompetitive regulations," the magazine labeled President Obama "…the least business-friendly president for decades." It's a silly, thoughtless thing to write, with little substantiation in the piece beyond red-meat talking points about "the endless sprawl of job-destroying regulations," a line that makes sense at a Tea Party party, not a supposed piece of economic analysis. – Washington Post

Free-Market Analysis: Our perception has changed. Once this article would have made a kind of sense to us (long ago). But it surely doesn't now.

It's jam-packed with various sorts of financially illiterate assumptions.

Sorry for picking on it; there are hundreds if not thousands of articles published every day that are built on the same foundation. The author is Jared Bernstein, former chief economist for US Vice President Biden and the author of a book called Crunch: Why Do I Feel So Squeezed?

Bernstein provides us with all the popular, mainstream tropes and memes. Here's more:

… Before getting into the metrics, let's be clear: I'm not arguing that businesses do or should love everything Obama has done … I'm asking the much more direct question: has the Obama presidency been bad for businesses' bottom line? No. Actually, hell no. In fact, with annual data all the way back to 1929, corporate profitability as a share of national income was higher in 2013 than any other year on record.

Think about that for a minute. This meme is out there—the fact that the Economist insouciantly throws it out tells you I'm not making this up, and by this widely accepted measure, businesses just had their best year ever. But that's before tax. Did the mean old president whack them on the tax side? Nope. That same all-time record holds for after-tax profits.

… OK, but what about the stock market? Well, the economic recovery that started under Obama in the second half of 2009 is now five years old. Over that period, adjusting for inflation, the S&P 500 has doubled in value.

… The business sector, writ large (we're talking averages here; these statistics don't describe every business' experience), has not only recovered ahead of the middle-class, but it has also surpassed their pre-recession levels of profitability and its pre-Great-Depression historical levels.

Relatedly, the stock market, 80 percent of which is held by the richest 10 percent of households, has doubled. Real median income, on the other hand, like many workers' paychecks, are still climbing out of the hole. Neither is it incidental that the hole was dug (in part) by a reckless financial sector, a sub-group within the corporate sector that not only got bailed out by government, but is doing particularly well on the metrics posted above.

Did the president say mean things about banks back then? No question. I worked for the White House in those days and I vividly recall how angry the president got when he was told about post-crash, post-bailout bonuses being handed out at AIG. To which I'd say: if you're president and that doesn't piss you off, you're not paying attention.

… Like most people, I don't want a president who harbors deep emotional love or antipathy toward businesses. I couldn't care less if he or she woos them with sweet talk. That's all a distraction. I want a president who understands the role of the business sector in creating growth, American jobs, tax revenues, and of course, profits. And not just profits that slosh about at the top, but incomes that reach the bottom. How do we create that business climate? Now there's the economic policy discussion we need to have.

Bernstein ends with the idea that "we" can create a business climate. Nonsense. Markets and competition "create" a business climate. And, honestly, business doesn't need a climate anyway. It's not a plant. It's human action operating individually and in groups. Business simply needs to be let alone. Increasingly, in the US and the West, business is taxed and regulated in ways that often cause enterprises to fail.

The author believes corporate profitability is a bellwether of business health. But as we have learned, corporations are not part of the market's normal functionality. They are the creatures of judicial decisions. Corporate personhood has allowed elite interests to develop these vast and sprawling entities that have little or no resemblance to what business would look like without the unmitigated force of the state.

Corporations may or may not be doing well, but to use them as a barometer of an overall business climate doesn't make much sense. They are a product of Leviathan not competition.

The author claims that Obama is pro-business because he hasn't attacked corporations with higher taxes. Again, so what? These titanic entities would not exist in a normal – non-political – business environment. Taxes have nothing to do with it.

He makes the point that the stock market has doubled under Obama's watch, even adjusted for inflation. In fact, the marketplace has been stuffed like a Thanksgiving turkey with literally trillions of Federal Reserve notes printed from nothing. We've speculated the whole point of Fed money printing was to elevate the stock market prior to a great crash that will ease the way for a more globalist monetary system.

He does have the grace – or honesty – to admit that employment is not rising aggressively. But in making this observation, he leaves the impression that employment should lift off as the "economy" improves. But there is no market "economy" … not at this juncture in the life of this republic. It's a controlled economy and any employment expansion must be seen within this frame of reference. Soon enough, this puffed up environment will collapse once more, with a goodly portion of whatever jobs it's been able to "create."

Finally, the author admits that the president said "mean things" about banks – but with provocation. Banks were still handing out big bonuses even as insolvency loomed around them. This entirely misses the point. He is making the case that the real issue involving banks has to do with an abnormal level of greed. This feeds the meme that government regulation must be actively enforced to restrain greed.

The problems that Western economies face regarding banks have nothing to do with greed. Banks are so big because they are not exposed to competition. The Invisible Hand has been suspended when it comes to banks and almost every other part of the US economy – and Western economies generally.

Obama is a corporatist president, sympathetic – as are so many others in government – to Leviathan. Unfortunately, our modern sociopolitical and economic rhetoric has become so debased that it is difficult even to express in simple language how much has gone wrong.