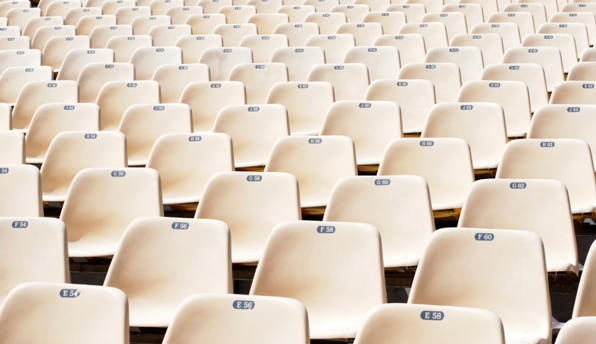 Nobody Wants To Host The 2022 Olympics … The next Olympics to be awarded, a little more than a year from now, will be the 2022 Winter Games. Rather than going to the strongest bid, the games may end up going to the last city standing—a long list of potential hosts have given up on their Olympic dreams because the whole thing is one huge, useless waste of money. – Deadspin

Dominant Social Theme: The Olympics are a glorious venue that regularly showcases the best in human achievement.

Free-Market Analysis: In keeping with the modern propensity for "bread and circuses," the Olympics have grown vastly over the past century. But now that growth seems to be halting, as we can see from this article excerpt.

Is that so bad? In fact, the Olympics are a kind of moral fairy tale that reinforces many myths about state control, in our humble view.

The first one is that nations hosting the Olympics can use the facilities for other bigger and better functions after the Olympics depart. In fact, most of the time the various physical plants sit idle and gradually rust away at a tremendous financial loss.

But the loss-making extends further than the physical plant. States are supposed to benefit financially from the Olympics throughout the business cycle, but it turns out this is a myth as well. The Olympics are a loss-maker throughout, from start to finish.

And thus in this era of reduced revenues, "hosts" are backing away from the tremendous financial liabilities.

Krakow, Poland, officially withdrew its bid for the games, a day after a citywide referendum where 70 percent of voters came out against hosting the Olympics. "Krakow is closing its efforts to be the host of the 2022 Winter Games due to the low support for the idea among the residents," said mayor Jacek Majchrowski.

In January, another of the six original finalists pulled out, when Stockholm, Sweden's ruling political party declined to fund the games. They cited the pointlessness of paying hundreds of millions

"Arranging a Winter Olympics would mean a big investment in new sports facilities, for example for the bobsleigh and luge," the Moderate party said in a statement. "There isn't any need for that type of that kind of facility after an Olympics." In November, voters in Munich, Germany, rejected a proposed Olympic bid.

"The vote is not a signal against the sport," said one lawmaker, "but against the non-transparency and the greed for profit of the IOC." Last March, a joint bid from Davos/St. Moritz, Switzerland, fell apart after being rejected by a public referendum.

Of the four remaining finalists, two are in rough shape. The Oslo, Norway, bid is falling apart. It was supported by a razor-thin margin in a September referendum, but public opposition has only grown since then. And on Sunday, the junior member of the government coalition voted against funding any Olympics.

For them to go on, it would require an unprecedented alliance between the ruling Conservatives and the opposition Labour party. The Lviv, Ukraine, bid seems dead in the water with the turmoil and war in the country. "Currently our dream is on hold," said the bid's chief.

There are only two healthy bids: Almaty, Kazakhstan, and Beijing, China. One's an oil-rich state ruled by a president-for-life, and the other's, well, China. That's no coincidence. With the Sochi games raising the bar to an absurd $51 billion, hosting the Olympics no longer looks like a winning proposition.

The above portrays a fairly disastrous situation for the Olympics. But we would argue there is a larger import as well. The Olympics were reintroduced by the Frenchman Baron Pierre de Coubertin in the late 1800s and right from the start they were envisioned as a celebration of state power and militarism.

From Wikipedia: "[Coubertin] … believed that men who received physical education would be better prepared to fight in wars, and better able to win conflicts like the Franco-Prussian War, in which France had been humiliated."

Throughout modern history, the Olympics have been used to reinforce the message of the regnant state. Adolf Hitler used his Olympic venue to celebrate the ascension of Nazi Germany; China used the Olympics to emphasize its ascending financial might and the competence of its hybrid communist/capitalist system.

But there is more. One of the most powerful if unspoken memes informing the Olympics is the idea that regulation is necessary to bring out the best in international competition.

This meme has emerged powerfully as the sports establishment has demonized drug-enhanced performances and used the mainstream media to emphasize the importance of sports regulation by the Olympic bureaucracy.

Back in January, AP reported that Olympic authorities were planning a greatly expanded drug enforcement effort. "Authorities are focusing their efforts on weeding out dopers through rigorous pre-games and pre-competition tests," the AP reported.

AP also pointed out that the Olympic authorities will conduct 2,453 drug tests for the 2014 Winter Olympics, even though since testing began in 1968, only 20 athletes have tested positive.

This powerfully illustrates the moral fairy tale that we referred to above: The Olympics are supposed to be an elaborate metaphor for the way society needs to work. The regulatory state is to be seen as performing a necessary function for the Olympics just as it does in "real life."

This is surely one of the reasons that Western elites have poured money into the games and would be loath to lose them. Every few years the Olympics are supposed to remind people of the efficacy of regulatory democracy's increasingly intrusive supervision.

Obviously, we don't agree with this meme. Let athletes take drugs as they will: They do anyway. In fact, as soon as the drug-taking is open and above-board, the dangers that come with illicit doping will be considerably reduced.

The Olympic bureaucracy certainly disagrees with this perspective. But if the financial situation regarding the games continues as it is, perhaps this attitude won't matter very much, as the Olympics will be considerably reduced, or even cancelled.

Our perspective would be such a crisis would provide a perfect opportunity for restart. The Olympics should be run privately, without state subsidies. Let the market support athletics, not nation-states with all the jingoism associated with such participation.

Maybe the 21st century will welcome a truly sustainable Olympic movement. In any event, it would seem yet another elite meme is in trouble.