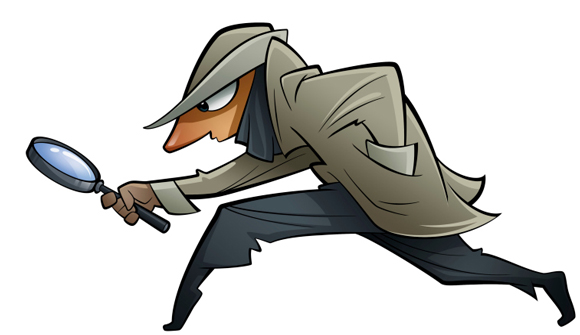 Federal Reserve Said to Probe Banks Over Forex Fixing … The Federal Reserve is investigating whether traders at the world's biggest banks rigged benchmark currency rates, raising the risk that firms will be penalized for lax controls as regulators look for wrongdoing. – Bloomberg

Dominant Social Theme: The Fed is on the case of these evildoers.

Free-Market Analysis: Another ridiculous investigation. The more what we call the Internet Reformation makes a difference in people's lives, the more the very largest entities among us churn and thrash in an effort to impress us with the system's ultimate fairness.

The last thing they want is for people to begin to doubt the insanity of the regulatory-legal system they've developed with its millions of regulations. No matter. The Federal Reserve is off on another super-duper mission. This time it is "probing" banks of fixing foreign exchange rates.

This is kind of funny in a way because the Fed itself – like all central banks – fixes the rate and volume of money all the time. In fact, they meet regularly in Switzerland to "coordinate" this price fixing.

But what is good for central banks is not good other banks. Here's more:

The Fed, which supervises U.S. bank holding companies, is among authorities from London to Washington probing whether traders shared information that may have let them manipulate prices in the $5.3 trillion-a-day foreign-exchange market to maximize their profits, said a person with direct knowledge of the matter, asking not to be named because it's confidential. The central bank's involvement in the probe hasn't been previously reported.

"The Fed has discretion whether to and how much to fine the banks if deficient controls or lack of supervision resulted in traders at these banks manipulating currency rates," said Jacob S. Frenkel, a former federal prosecutor and now a lawyer at Shulman Rogers Gandal Pordy & Ecker PA in Potomac, Maryland.

The Fed punished firms for internal-control lapses last year as it worked with state and federal authorities on cases involving Iranian sanctions and botched derivatives bets. The foreign-exchange inquiry looks at benchmark WM/Reuters rates used by companies and investors around the world.

Those rates are determined by trades executed in a minute-long period called "the fix" at 4 p.m. in London each day. By concentrating orders in the moments before and during the 60-second window, traders can push the rate up or down, a process known in the industry as "banging the close."

Deutsche Bank AG (DBK), Citigroup Inc. (C), Barclays Plc (BARC) and UBS AG (UBSN) control more than half of all foreign-exchange trading, according to a May survey by Euromoney Institutional Investor. Barbara Hagenbaugh, a Fed spokeswoman in Washington, declined to comment on the probes.

Bloomberg News reported in June that traders at banks have been manipulating spot foreign-exchange rates for at least a decade, affecting the value of funds and derivatives. Britain's Financial Conduct Authority, the Swiss Competition Commission and the U.S. Justice Department also are investigating.

At least a dozen banks have been contacted by authorities, and at least 12 currency traders have been suspended or put on leave. Companies including Lloyds Banking Group Plc (LLOY) and Royal Bank of Scotland Group Plc have announced their own internal reviews of the matter. Citigroup said last week it fired Rohan Ramchandani, who was head of European spot trading.

Ramchandani was part of a message group other traders in the industry referred to as "The Cartel," which is under investigation. He had been on leave from the New York-based firm for almost three months.

The spectacle of the Federal Reserve – a money printing monopoly that would not exist without the force of the state behind it – investigating these large money center banks that would not exist, either, without government force is truly kind of sickening.

And there is more.

The Fed will investigate whether any foreign exchange manipulation was due to rogue traders or a wider practice in a bank sanctioned directly or indirectly by management, said Karen Shaw Petrou, managing partner of Federal Financial Analytics Inc., a Washington-based firm that does policy analysis on the financial services industry. "The issue is are there any bad apples, how many are there and how rotten is the barrel?" Petrou said.

No, the issue is why prices are set in the first place by a cabal of titanic organizations that would not exist in a normal competitive society. When one steps back and begins to peal away the strata of manipulation, one is astounded by how brazen the process is.

The elites have created these gigantic personhoods out of whole cloth. And then they have built an equally massive regulatory structure to supervise. Neither makes sense.

The implication is that honesty prevails, but it is not honesty that prevails but confusion. Increasingly, we see signs that people are not impressed by the faux-regulatory regimes that are supposedly disciplining both the corporate and financial world.

The system we have is entirely artificial and even the offenders themselves are artificial constructs. One day it will lose the confidence of those it is supposed to represent.