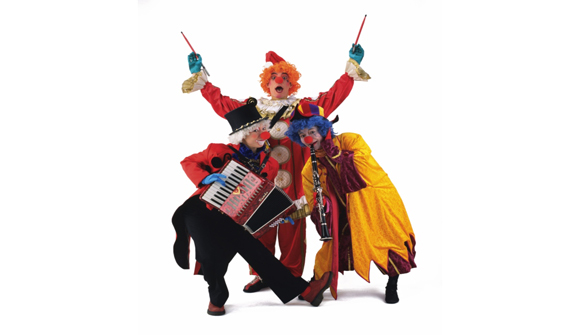 Starbucks CEO warns the U.S. presidential elections are turning into a 'circus' … CEO Howard Schultz criticized the presidential candidates for making 'bombastic attacks' without 'respect' for each other. He warned the run-up to the U.S. election had 'turned into something none of us has ever seen before… almost a circus.' – Daily Mail

The outspoken head of Starbucks believes that today's US elections are a "circus," and he has a point. In the past, certainly, the rhetoric surrounding US elections could be solemn, even sanctimonious.

Ronald Reagan regularly described America as a "shining light on a hill." Newt Gingrich ran on a very serious sounding "contract with America" that was signed Sept. 27, 1994 on the Capitol steps in Washington, D.C., by members of the Republican minority.

The "Contract with America" offered legislation that would move through the House of Representatives within the first 100 days of the 104th Congress – including tax cuts, a permanent line-item veto and measures to reduce crime and provide middle-class tax relief.

Of course, Gingrich's time in office ended badly and politicians generally have a difficult time enacting their promises.

In this Daily Mail article, however, Schultz mourns the old depictions, false as they were. He either doesn't understand or refuses to recognize that the Internet has increasingly stripped away the consequential veneer Western electioneering used to enjoy.

People understand more fully the flawed nature of their candidates. And in return, candidates themselves are becoming more strident and aggressive.

We can certainly see this in the current GOP federal election contest. It was inevitable that someone like Donald Trump would emerge to exploit the possibilities of electronic electioneering.

Trump's tendency to employ insults has turned the GOP nomination contest into a kind of mockery. The mainstream media cannot control his rhetoric as it would have in the past. His insults circulate – and resonate.

This is simply part of a larger process. The Internet has torn gaping holes in the credibility of leadership and how it is selected. In the US, for instance, trust in Congress is in the single digits. That's a rounding error.

The cynical perceptions of US citizens are increasingly shared by those in Europe, China, Brazil and elsewhere – in countries large and small.

And the Internet has allowed voters to categorize those broken promises.

In self-defense, the age-old elites behind the system of regulatory democracy (and the "divinity of kings" before that) are moving toward the new paradigm of "technocracy," a system run by an elite of technical experts.

As such, the technocratic society is run by the best and brightest society has to offer: individuals that have gone to the best schools and accrued the most impressive bona fides.

Since the individual is increasingly becoming paramount – his professionalism and expertise – the systems themselves recede in importance.

How a system works, and whether it is necessary or even appropriate, becomes less important than how the individual technocrat applies and manages it.

From the standpoint of those elite forces that continue to control society from behind the scenes, technocracy is an apt successor to regulatory democracy. The emphasis on expertise and performance obscures the larger issue of exactly what is managed – which in turn reduces arguments over policies themselves.

The Trans Pacific Partnership trade treaty is a step toward the new technocratic society. The treaty creates a separate, international court system that places large corporations on a par with nation-states.

As individual technocrats are elevated in this manner, their prestige increases and their importance expands. Their adeptness at managing across public and private facilities becomes an important and valuable trait.

Authoritarian solutions are increasingly the preferred method of raising funds in the 21st century. Bail-ins, taxes, IRAs and pension fund reconfigurations, severe cash-usage limitations – all of these confiscatory approaches will increasingly need justification.

As part of this process, electoral control is being removed, piecemeal, throughout the West. Three examples:

As electoral choice is increasingly made irrelevant, the technocrat, with his ostensible expertise and supposed across-the-board competence, is swapped in to provide credibility to a variety of unjustifiable actions.

But please take note: The same Internet that has destroyed regulatory democracy allows scrutiny of the new, technocratic paradigm. Thus, the evolution of these systems will be fraught: resistance and chaos will spread.

Conclusion: Readers need to ensure their own prosperity and survival as much as possible in a time when constructs of social stability are eroding. Putting one's faith in the competence of a single, individual "leader" is both unrealistic and destructive. You are your own best counsel.