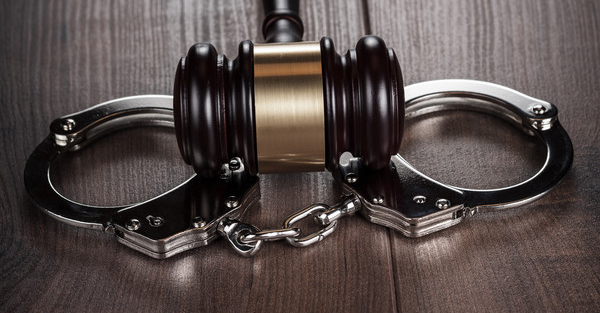 The law specifically targets New York City homeowners in apartment buildings who advertise their properties, or even just a spare room in their homes, to rent for less than 30 days at a time.

It’s important to note that New York already passed a law a few years ago making it illegal to rent your home out to short-term tenants.

This new law makes it illegal to ADVERTISE… which is basically pre-crime.

Now you don’t even need to commit the egregiously criminal act of renting out your home to a nightly traveler.

Simply informing the public that you’re thinking about it is enough to get slammed with a major fine.

Violations carry a penalty of up to $7,500, dramatically higher than New York’s penalty for reckless driving (up to $300) and even higher than the fine for driving while intoxicated (between $500 and $5,000).

I’m sure we can all sleep more soundly tonight knowing that the courageous politicians of New York are keeping the streets safe from nefarious criminal terrorists trying to earn a few extra bucks from their own private properties.

It’s ironic that New York City already has one of the highest hotel occupancy rates in the world, in excess of 90% in some parts of the city like Times Square.

(Which makes New York one of the only places in the world where a 2-star fleabag like the Comfort Inn can command rates between $249 and $429/night.)

So websites like Airbnb fill an obvious market need.

That’s 451 million reasons to continue allowing Airbnb to operate in the city.

Everyone wins. Hotels still have high occupancy. Property owners generate supplementary income. Travelers have a better experience in the city. And politicians get their tax slice of $451 million.

But now they’ve screwed up a perfectly good thing that was creating plenty of benefit.

Naturally, they’re citing ‘public safety’ as their primary justification. They can get away with anything if has to do with safety and security.

The text of the legislation states that they must “ensure that all buildings comply with fire, building and other safety codes relative to their class.”

Right. Because renting your apartment to a retired couple who flew into town to see Hamilton means that the entire building will burn down to the ground?

This is really some next level logic.

Driving home the political delusion, State Senator Liz Krueger released a statement in favor of the law, calling it

“a huge victory for regular New Yorkers over the interests of a thirty-billion dollar corporation.”

(Big Sister Krueger also encourages New Yorkers to rat each other out to the authorities should they find one of their neighbors violating the law.)

If this person actually had a clue about anything, she’d realize that Airbnb has NEVER generated a profit and has lost billions of dollars since it was founded.

So this ‘victory’ is against the regular New Yorkers she claims to protect– ordinary people who use the site to generate extra income and help make ends meet in one of the most expensive cities in the world.

Now those people will lose their extra income, and the government will lose the tax revenue it would have generated.

With the stroke of a pen, New York has gone from a win/win scenario to a lose/lose scenario. It’s genius!

More importantly, these politicians are proving to the world, and to the next generation of entrepreneurs, that when you try to do something useful and innovative, you will be penalized.

With stupidity like this so pervasive in government, it’s no wonder why the productive and entrepreneurial spirit is being crushed in the Land of the Free.

Research from the US Department of Commerce shows that the startups in the United States, as a percentage of the total number of businesses in the economy, are at the lowest level since the 1970s.

And this figure has been in terminal decline for decades.

The same Commerce Department data show that fewer jobs are being created by startups than ever before.

Unsurprisingly, GDP growth in the United States has also stalled.

And productivity has actually been declining for the past three quarters.

These are all related stories: when a broken system and out-of-touch political class make it more difficult for people to produce, prosperity suffers.

And it doesn’t take a rocket scientist to see where this trend is going.

Do you have a Plan B?

If you live, work, bank, invest, own a business, and hold your assets all in just one country, you are putting all of your eggs in one basket.

You’re making a high-stakes bet that everything is going to be ok in that one country — forever.

All it would take is for the economy to tank, a natural disaster to hit, or the political system to go into turmoil and you could lose everything—your money, your assets, and possibly even your freedom.

Luckily, there are a number of simple, logical steps you can take to protect yourself from these obvious risks and in the process… 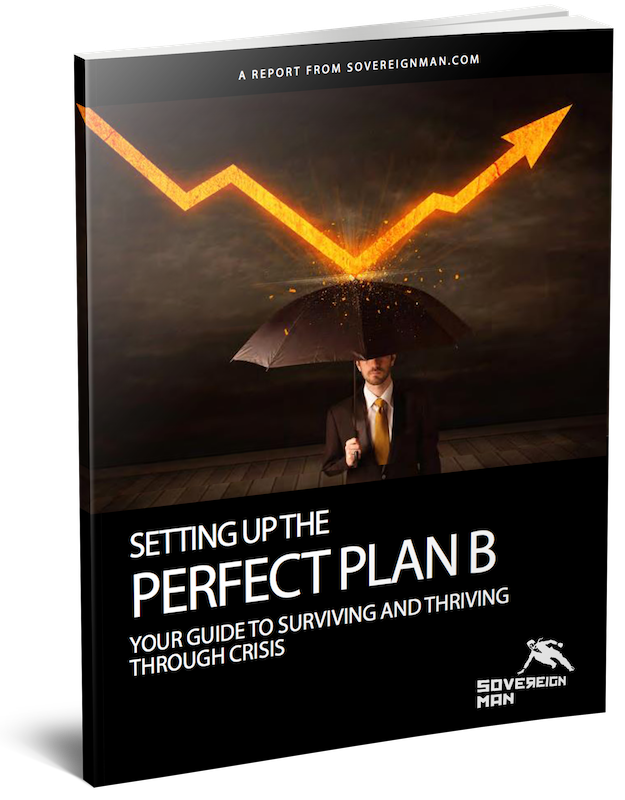 We like to call this building a Plan B.

You can think of it as your customized insurance policy.

To help you get started we’ve come up withthis free guide that shows you step-by-stepwhat threats you are facing and how to counter them.

PS: The solutions we outline in this guide are simpler than you might think.

In fact, one of the most important strategies can be implemented by anyone, completely for free right away…

I highly encourage you to download the Perfect Plan B Guide for free now.