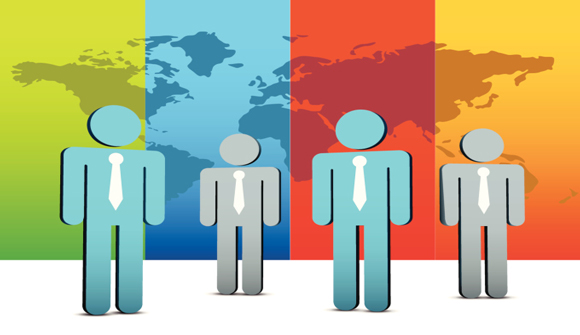 Backlash to World Economic Order Clouds Outlook at IMF Talks … Policy-making elites converge on Washington this week for meetings that epitomize a faith in globalization that’s at odds with the growing backlash against the inequities it creates. From Britain’s vote to leave the European Union to Donald Trump’s championing of “America First,” pressures are mounting to roll back the economic integration that has been a hallmark of gatherings of the IMF and World Bank for more than 70 years. – Bloomberg

Populism versus globalism again, a meme we first identified after Brexit. The idea, we suggested was that a dialogue would be created in mainstream media painting populism as responsible for numerous economic political and military difficulties. Gradually, globalism would be suggested as the remedy for populism.

At the end of this Bloomberg article, we find the beginnings of this rhetorical justification:

“The consensus in policy-making circles was that more trade meant better economic growth,” said Standard Chartered head of Greater China economic research Ding Shuang, who worked at the IMF from 1997 to 2010. “But the benefits weren’t shared equitably, so now we see a round of anti-globalization, anti-free trade. “Globalization will stall for the moment, until we can find a way to share those benefits,” he added.

This is the argument that will be made then, in louder and louder tones. Globalism has been rejected in favor of populism because globalism did not equitably share benefits.

Solution? Make globalism more widespread and equitable. This is the argument being advanced, one that builds the justification for pushing globalism forward and expanding it.

This is why memes are so important from an elite standpoint. Gradually, they can be reconfigured into “directed history.” Memes, once expressed, can be acted upon. That is what will happen here, no doubt, if this meme continues to be expanded.

“The backlash against globalization is manifesting itself in increased nationalistic sentiment, against the outside world and in favor of increasing isolation,” said Louis Kuijs, head of Asia economics at Oxford Economics in Hong Kong and a former IMF official. “If we lose consensus on what kind of a world we want to have, the world will probably be worse off.”

This is textbook stuff. First create the meme, which  is always the expression of a problem: global warming, resource scarcity, prejudice, etc. Then gradually begin to prepare and offer antidotes.

If the meme is successful, selected activists and politicians will begin to call for action. That’s how the meme drives the appropriate solution.

Watching memes is useful because often you can predict the solution and thus see trends developing far in advance. In this case we would hypothesize that this meme will be expressed via forms of globalism that will extend to those immediately affected. This may, in fact, be lucrative for those who understand the elite mechanism and its regional implementations.

Global warming, for instance, is a meme – a falsehood. But hundreds of billions and perhaps trillions have been spent in an attempt to treat it as a reality. Many have captured significant profits from participating in global warming remedies even thought he problem doesn’t exist, or not in a way that can be affected by man-made solutions.

There is no doubt more action is coming on the globalist front, justified by “populist pushback.” Christine Lagarde herself, head of the IMF,  is quoted in the Blooomberg article as saying that “policy makers attending the Oct. 7-9 annual meeting of the IMF and World Bank have two tasks.”

First, do no harm, which above all means resisting the temptation to throw up protectionist barriers to trade. And second, take action to boost lackluster global growth and make it more inclusive.

Conclusion: It can’t be any clearer than that. Globalism, you see, is being recast not just as inevitable but as necessary as well, as the wise choice when contrasted with “populism.” We’ll see how far and fast this meme grows. Right now it looks to be a major one.