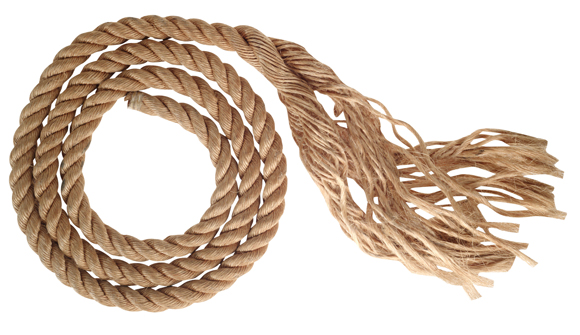 Dominant Social Theme: The most important person in the world …

Free-Market Analysis: The great debate has started and will continue to keep us focused on the Fed until the next move. We will be reminded over and over again of the phony importance of one or two "power players" in determining the fate of the largest economy in the world.

The potential outcomes for the US economy in 2015 were endlessly debated but now that the Fed has actually hiked rates, the debate has taken on yet more significance.

Even though the outcomes are simple enough, the results along with what's coming next will be endlessly debated. US News is giving us a sample of that in this article.

But for all the hoopla and breathless coverage that's sure to come, 2016's most important political player won't be on the campaign trail. She'll be heading up America's central bank.

The dispute boils down to which should be of greater concern: the specter of easy money sparking inflation as the economy recovers or the threat of rate hikes choking growth.

Through its manipulation of the federal funds rate (which is the rate at which banks lend to each other) and its other tools, the Fed expands or contracts the money supply in an effort to achieve its so-called "dual mandate" of full employment and low inflation.

The article drones on like this, foretelling what is to come: Endless articles in 2016 focused on the sterile interest rate debate. The larger issue, of course, is whether or not the economy is doing "well."

If the perception is that the Great Recession is vanquished, then the political debate may favor the Democrats in upcoming elections. If not, it may favor Republicans. And that, too, will be an endless, droning debate, replete with phony statistics and deeply questionable conclusions.

David Stockman has no difficulty taking a position on the next leg of the business cycle. In his recent article, "Now Comes The Great Unwind—How Evaporating Commodity Wealth Will Slam The Casino," he predicts that predictions of an economic recovery are greatly overblown.

Presciently, he focuses the article, to begin with, on the Chinese economy. Today, as of this writing, Chinese stocks have just dropped some seven percent, causing a shutdown of trading and a knock-off effect in Europe.

The giant credit fueled boom of the last 20 years has deformed the global economy in ways that are both visible and less visible. As to the former, it only needs be pointed out that an economy based on actual savings from real production and income and a modicum of financial market discipline would not build 65 million empty apartment units based on the theory that their price will rise forever as long as they remain unoccupied!

That's the Red Ponzi at work in China and its replicated all across the land in similar wasteful investments in unused or under-used shopping malls, factories, coal mines, airports, highways, bridges and much, much more.

We've been very clear about this for perhaps a half-decade or so: The great Chinese boom was built on tremendous surges of easy credit, and that situation continues today. The only difference is that the stimulus doesn't work so well anymore.

Stockman does us the favor of pointing out that the Chinese situation is replicated around the world. This has been an easy-money decade that still persists in both Europe and Asia.

But the point here is that China is not some kind of one-off aberration. In fact, the less visible aspects of the credit ponzi exist throughout the global economy …

Stockman even puts a number on the money printing, stating that it is something like $185 trillion of worldwide credit expansion. This is a shocking number and nearly doubles the US$100 trillion that we estimated central banks would print to liquidate the Great Recession.

He also explains this incredible credit expansion "led to booming demand for commodities," and this demand in turn created layer upon layer of distortion as it rippled through the economy. "In the case of upstream oil and gas, for example, worldwide investment grew from $250 billion to $700 billion in less than a decade."

Now he foresees demand collapsing, based on an overabundant supply. "Already, investment is estimated to have dropped by 20% in 2015, and that is just the beginning."

This unfolding collapse of oil and gas investments, of course, will ricochet through the capital goods and heavy construction sectors with gale force. Eventually, annual investment may decline by $250 to $400 billion before balance is restored, meaning that what were windfall profits and surging wages and bonuses in these sectors just a year or two back will evaporate in the years ahead.

What Stockman is predicting here is significant industrial deflation. As the credit bubble collapses, "profits, incomes, balance sheets and credit-worthiness are all shrinking, too." It will have a knock-off effect on GDP.

It is not just in the mining sector. He provides us with an analysis of the rubber industry as well, showing how easy money created excess supplies that may keep prices in lower ranges for a decade. His perspective is that this over-production precludes a soft landing – what he calls a "smooth rotation" into services and consumption. This is complicated by the falloff in state revenues around the world.

Indeed, the data for Saudi Arabia, Qatar, Kuwait, the UAE and other members of the Gulf Cooperation Council (GCC) is stunning. During the global credit boom they amassed sovereign wealth funds totaling $2.3 trillion. But with deficits now estimated at 13% of GDP and rising, the level of asset liquidation is soaring.

This is very obviously another deflationary pressure, what Stockman calls the Great Unwind, "which will not stay contained in the energy and metals markets."

Lessons learned? Well … what we certainly learn here is that Janet Yellen is not nearly so important as US News is trying to tell us. The world's larger economy is feeling the effects of a half-decade of reckless money printing. The hangover will be historic and the idea that the world is entering into a "recovery" is a chimera.

Inevitably, the Keynesian solution is to print yet more money by keeping rates artificially low, which is what's going on in the European Union. But the results are predictable, as the correction is implacable. "Overinvestment and malinvestment are inevitable destroyers of incomes and profit," Stockman writes, and thus, the world's economic bubble is destined to subside.

Seen from this perspective, US rate hikes only aggravate the current global collapse. And coupled with sovereign wealth liquidations, demand may fall further.

In this article, Stockman makes no allowances for the additional money printing that most of the world is embarked upon. He also doesn't follow through on what seems to us to be a logical conclusion: that Ms. Yellen and company will have a hard time continuing to hike interest rates.

Combine money printing with the Great Unwind and you end up with the possibility of a Great Stagflation. Further surges of easy money do little to stimulate global demand.

No matter what the future holds, Yellen is not in control of it. The world's economy is a great deal larger and more powerful than the tools she can bring to bear. Having contributed to what's taking place today, she is powerless to stop it. Those who understand these larger forces at work are no doubt preparing accordingly. So should you.