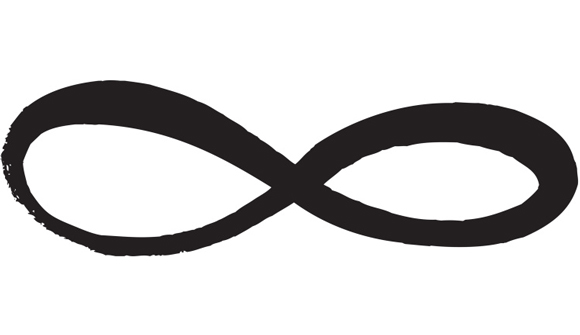 History will surely see QE as a major mistake … QE has boosted equity prices, while hammering ordinary savers and pensioners while handing a massive wealth transfer to bailed-out banks. The world's most important central bank has fired $3,700bn from its monetary bazooka … "The final word on quantitative easing will have to wait for historians," wrote Ambrose Evans-Pritchard this week. Now the US Federal Reserve has apparently ended QE, I'd like to take a cue from my esteemed Telegraph colleague by suggesting what future historians might say. – UK Telegraph

Dominant Social Theme: QE was a brilliant tactical stroke. These bankers are the best.

Free-Market Analysis: We agree with parts of this Telegraph article, but not all of it. And yet … to some degree we are quibbling. This is a startling and compelling analysis, considering it is appearing in the mainstream media.

It is both startling and compelling because it focuses directly on the negatives of QE and makes a good many points about problems created and still to come.

On Wednesday, the Fed terminated QE3 – the latest incarnation of its money-creation programme. The American version of this highly unorthodox policy began in late 2008, with the Fed creating virtual balances ex nihilo and purchasing assets such as government debt and mortgage-backed securities, often from bombed-out banks.

The US authorities originally billed QE as a $600bn exercise. By unlocking frozen interbank markets, it was supposed to spur growth, breaking the credit crunch. As meaningful recovery remained elusive, though, QE2 was launched in 2010, with its successor two years later.

In sum, the world's most important central bank has fired $3,700bn from its monetary bazooka. America's QE has been six times bigger than envisaged. The Fed's balance sheet has grown more than three-fold in just over half a decade – an unprecedented monetary expansion. And it's not just America, of course.

Launched in March 2009, British QE was presented as a £50bn program. It has since ballooned to £375bn, some 7.5 times the official prediction. The Bank of England's balance sheet has quadrupled, with our QE focusing on gilt purchases. The Bank now holds over a third of all outstanding sovereign bonds …

There has been eurozone QE, but it's been largely hidden behind technicalities, in part to placate inflation-averse German voters. The ECB's balance sheet has more than doubled since 2009. And now the Fed has "ended" QE, we can expect the ECB to grab the Western money-printing torch.

Far from forcing weak banks to come clean and fully disclose the true state of their rancid balance sheets, which would have been the proper way to run a capitalist economy, QE was extended again and again, drip-feeding zombiefied financial institutions, keeping them on life support. This was a major mistake. Far from rebooting wholesale money markets, QE spiralled out of control, continually diverting resources towards continued "mal-investment" as large Western financial institutions were hosed down with central bank liquidity.

This last point is important. QE kept a number of banking facilities alive, and these were firms that likely should have gone under. As they did not, along with other more healthy facilities, corporate officials did not know what companies to trust, retarding the recovery considerably.

Also, what is often not pointed out is that QE meant governments themselves were shielded from the consequences of various mistakes. Instead of facing what was necessary to face in terms of bad decisions and unhealthy programs, governments were simply able to continue, bad decisions notwithstanding.

As such, an emergency measure became a very counterproductive comfort blanket. By rigging sovereign bond markets, QE has helped Western governments avoid tough fiscal decisions. By shielding banks from the reality of their bad investments, it's also exacerbated too-big-to-fail and made another crash more likely. While QE1 was defendable, QE2 and QE3 will, I believe, be judged as historic mistakes.

The article points out that the results of QE may have been much different than what Western countries, and specifically the US, have been suggesting. Brazil's Guido Mantega is mentioned. This Brazilian finance minister made harsh comments in 2010, maintaining that the West was embarked upon a surreptitious "currency wars."

It was his perspective that QE was intended to "drive down the dollar, pound and euro to 'steal competitive advantage' from the rest of the world and debase the 'hard currency' debts increasingly owed by Western government to their big emerging market counterparts."

Truly this is a parochial (narrow) point of view despite its eloquence. We have a broader perspective, often voiced, that has to do with a deliberate attempt to boost assets via what we call The Wall Street Party.

The idea is that this expansion is going to be followed by a dramatic crash that will allow elite globalists to suggest yet further internationalist securities solutions. To be fair, the Telegraph article alludes to some of this, as follows:

Unintended consequences closer to home include more Western inequality – as QE has boosted equity prices, while hammering ordinary savers (not least pensioners recently forced to annuitise). The flip-side of savers' low interest-rate pain, of course, has been a massive wealth transfer to bailed-out banks. QE has been an umbilical cord of free money to the financial behemoths that did much to trash our economy. That tears at the social fabric.

In any event, the cessation of QE is not really accurate. We are being misled about the end of this program, as in so many other ways.

Here, From Sprout Money via ZeroHedge a few days ago:

But wait, let's not get carried away by the so-called 'End of Quantitative Easing' and have a closer look at this MBS purchase program. The Fed's announcement to stop purchasing additional Mortgage-Backed Securities was just talking about NEW investments paid for by freshly printed money. It is the central bank's intention to continue to reinvest the returns on its $1.7 trillion dollar Mortgage-Backed Securities portfolio back in the market in the foreseeable future.

The official Quantitative Easing has ended, but the Federal Reserve isn't stopping its interventions as the MBS purchases will continue at the same pace. It only wants you to believe it did.

The Fed really CAN'T stop QE because markets would surely be ruined and the ultimate goal of inflating and then deflating markets dramatically would be put at risk.

Yes, of course, this is a cynical way of looking at Fed manipulations but what is one to make of the gamut of market interferences pursued by central banks around the world? None of it seems "legal" and most of it is secretive and even inexplicable.

These manipulations are not right! – even if those making them have the power to do so. And they will surely end disastrously, which is another reason to detest them.

The Telegraph article concludes as follows:

I'll venture that future historians will wince when they examine QE. This policy, to the massive extent we've used it, has been unwise and unjust, harming Western electorates and souring relations with the increasingly powerful non-Western nations upon which our future prosperity depends. I'd also venture that, not only in the eurozone and Japan, but even in the US, there's a lot more QE to come.

Our only quibble here is that there is not "more" QE to come in the sense that QE has never ceased. Like so much else in the world today …

To survive, financially anyway, please approach almost everything in the mainstream media with skepticism. There is a Wall Street Party you can take advantage of – but outside of that almost everything being reported about the markets is either wrong or incomplete.

Protect yourself from unstated realities: Do your own research before coming to significant conclusions. And that goes for a lot more than investing …