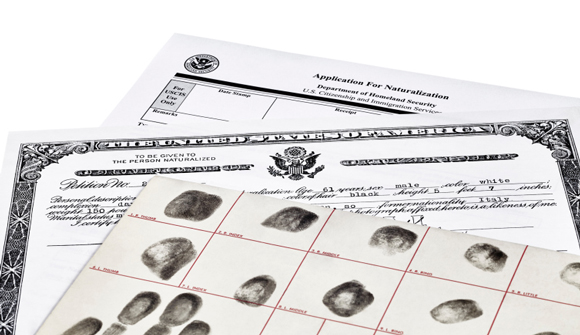 STAFF NEWS & ANALYSIS
Ramifications of Citizenship in the Age of Empire
By Daily Bell Staff - December 17, 2015

Obama Tells New American Citizens Why Immigration Is 'Part of What Makes Us Exceptional' … On Tuesday morning, 31 people from 25 countries became American citizens while standing in the same room as the original Bill of Rights, which celebrated its 224th birthday today. They were very excited. Muhanned Ibrahim Al Naib, a refugee from Iraq and former translator, told the Guardian, "This means everything. I'll have an American passport, I'll have the strongest country in the world backing me up, whatever I do, wherever I go, so that's a big step: a life-changing experience for me." – New York Magazine

Dominant Social Theme: The US is always exceptional.

Free-Market Analysis: New York Magazine's news and politics section provides us with this excerpt as part of a larger hagiography regarding Barack Obama and his address in the National Archives to new American citizens.

The idea for Obama was to push back against the narrative that immigrants are somehow bad or dangerous people. The Obama administration, administrations generally, find this sort of approach to immigration to be dangerous to larger elite goals. What are those goals? Why, to reshape society in a variety of internationalist ways using the hammer of immigration.

Here's an excerpt from the speech itself:

Just about every nation in the world, to some extent, admits immigrants. But there's something unique about America. We don't simply welcome new immigrants, we don't simply welcome new arrivals — we are born of immigrants. That is who we are. Immigration is our origin story. And for more than two centuries, it's remained at the core of our national character; it's our oldest tradition. It's who we are. It's part of what makes us exceptional … We can never say it often or loudly enough: Immigrants and refugees revitalize and renew America.

The article goes on to explain how Obama tried to make the point that the current battles over immigration had historical precedents. "In the Mexican immigrant today, we see the Catholic immigrant of a century ago," Obama said. "In the Syrian seeking refuge today, we should see the Jewish refugee of World War II."

Reading the whole article provides one with an understanding of how low-key propaganda is perpetrated in magazine articles. It discusses anti-Syrian GOP politics but then quotes Obama's speech as if it is policy-in-the-making rather than "image-making." Obama pontificates:

According to Washington's Blog, this isn't quite so. An article entitled, "Bush Military Official: US Citizens Must Stand Up to Stop the Empire," provides us with a point of view quite different from Obama's.

A few of the points made by Wilkerson: US's foreign bases are "colonial, imperial" stations over the globe. "The empire… is run by about one percent of the people, if not fewer, in this country, constituting essentially a plutocracy."

Military officers retire from the military, go to arms manufacturers and media jobs to make the media "want war." US is "oriented towards first what increases its power, and second what makes it rich."

This is probably a lot closer to the truth about how the US is organized than Obama's pablum about immigrants. Again, the reason to emphasize the immigrant structure of the US is to ensure that US citizens continue to support government-managed immigration.

It is through this sort of immigration that the plutocracy can vitiate popular movements and reduce cultural cohesion. This is especially important in the present day as US elites make a final dash toward internationalism.

Wilkerson is speaking out, we learn – and has been for quite some time now – because he is disgusted with what the "empire" is becoming – especially its use of torture under Cheney and Bush. He is also aware that the Empire is becoming increasingly unstable as it continues to expand. He wants a "powerful minority" to stand up to the Empire.

Muhanned Ibrahim Al Naib is excited about becoming a citizen of the most powerful country in the world. He doesn't understand that this power is being turned inwards to oppress its own citizens.

Ironically, Mr. Al Naib may figure this out if he decides to go abroad and discovers that he can't bank anywhere because overseas financial systems want nothing to do with US citizens.

This gentleman doesn't fully understand the ramifications of his US citizenship. Do you?