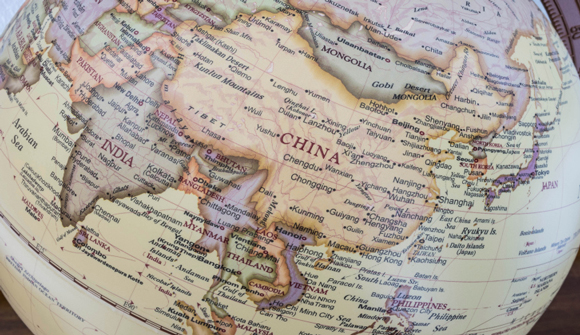 Dominant Social Theme: Asia will show the West how to run an investment bank.

Free-Market Analysis: High finance and international politics are subtle affairs. On its surface, the effort to create an Asian-oriented "world bank" is straightforward. But beneath the surface, currents swirl.

The putative reason for such a bank is that the current World Bank is often exploitative and takes advantage of countries in trouble. A second reason is that the advantages of a World Bank will now accrue to Asian members. Their influence and monetary power will expand accordingly.

But the third reason is the most interesting of all. A little more from the article, first:

The concerted move to participate in Beijing's flagship economic outreach project was a diplomatic blow to the United States, reflecting European eagerness to partner with China's fast-growing economy, the world's second largest.

It comes amid prickly trade negotiations between Brussels and Washington, and at a time when EU and Asian governments are frustrated that the U.S. Congress has held up a reform of voting rights in the International Monetary Fund due to give China and other emerging powers more say in global economic governance.

German Finance Minister Wolfgang Schaeuble made the announcement at a joint news conference with visiting Chinese Vice Premier Ma Kai, at which no questions were allowed. He said Germany, Europe's biggest economy and a major trade partner of Beijing, would be a founding member of the Asian Infrastructure Investment Bank.

The lure of lending to countries that need money is considerable. Control a monetary war chest to influence the world or at least a region that can gain from such resources.

In the US, the World Bank is accompanied by the International Monetary Fund. They operate as a kind of tag team, as we have often observed. The World Bank lends money with some assurance it will be squandered. The IMF comes in later to provide the "austerity" necessary to assure repayment and often garners privatized assets from the prostrate country for its members.

Perkins went on to write several scathing exposes about how these bodies operate.

Here is some of what Perkins told us:

The World Bank is a tool of economic hit men, there is no question about it. It's the tool of big corporations, the IMF and most of what we call intelligence agencies of the United States, CIA and NSA. Essentially the job of all these organizations is to help what used to be just US businesses – now we call them multi-nationals – get themselves established around the world in positions where they can exploit the world's resources, natural resources and human resources.

… One of my jobs as an economic hit man was to identify countries that had resources like oil and arrange huge loans for those countries from the World Bank and sister organizations. But the money would never go to the actual country; instead it would go to our own corporations to build infrastructure projects in that country like power plants and industrial parks; things that would benefit a few very wealthy families.

So then the people of the country would be left holding this huge debt that they couldn't repay. We would come back and say, "well, since you can't repay your debt, you have to restructure your loan."

That's when the IMF comes in. So the World Bank makes the original loan and IMF shows up and says, "We'll help you restructure your loan, but in order to do that you have to meet certain conditionalities. You have to sell your oil or whatever the coveted resource is at a cheap price, to the oil companies without restrictions." Or they would suggest the country sell electric utilities, water and sewage, maybe even your schools and jails to private multi-national corporations. Or maybe allow military bases to be built; these sorts of things.

This is the model that China – and Asia – presumably want to overtake. The idea is that a bank led by China will be less obviously exploitative and will actually lend money that will find its way to projects rather than to Swiss bank accounts.

Obviously, there is an awareness of the deficiencies of the World Bank. A joint statement assured the world that new bank operations would "follow … the best standards and practices in terms of governance, safeguards, debt and procurement policies."

Of course, being cynical about such things, we don't think for a minute that this new bank will operate much differently than the World Bank. Maybe for a while it will be "kinder and gentler," but why should one believe that the Chinese ultimately will operate their bank more altruistically than the West?

The real reason for an Asian world bank seems to us to have to do more with building a bipolar world that will eventually provide leverage for a truly international financial system.

Right now the creation of this new bank is being positioned as stemming from disenchantment with Washington. But over time it will be seen that China – Asia and perhaps Russia, too – are creating an entirely separate financial infrastructure.

Yet it is not one – despite current reports – intent on shutting out Western interests. The West, for instance, is now a big part of the initial creation of the Asian bank. In fact, the City of London itself, perhaps the most powerful Western financial player, is also significantly involved.

If the plan is to build and then merge a bipolar system, it certainly makes sense that the West would have significant interests in the new facility as well as the old one. The merger is presumably a ways off, but preparations are being made …

We began by pointing out that international finance and power politics practiced in the 21st century can be subtle, indeed. The outward guise of a new financial system is being written about, but the underlying realities are not yet being covered.

Eventually, that may change.