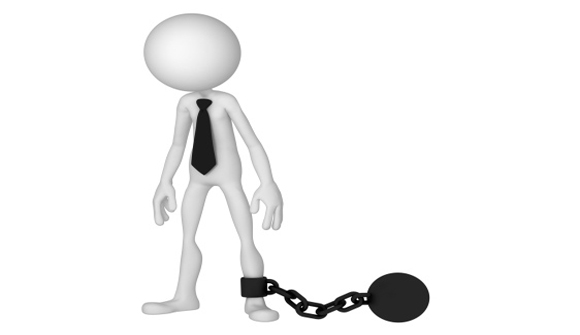 Wall Street watchdog puts spotlight on firms hiring risky brokers …Wall Street brokerages that hire stockbrokers who have a track record of misconduct should expect to show examiners how they will curb future wrongdoing, the industry's watchdog said on Thursday in an overview of issues it will review in 2014. The Financial Industry Regulatory Authority (FINRA) said it will review the process that firms use to research problem brokers before hiring them. The industry-funded watchdog also wants to know whether firms take extra measures to supervise the brokers to prevent future misdeeds, such as sales abuses involving client accounts. – Reuters

Free-Market Analysis: FINRA has not been getting very good press. And thus this regulatory entity, a conglomeration of the NYSE and NASD's financial regulatory efforts, is apparently going to try to make brokerage safer for the average "investor."

It was the Securities and Exchange Commission's opinion that merged these two entities back in 2007. The SEC, like these two regulators, was created by statute in the mid-1930s. Why one regulatory agency, created by Congressional action, should be able to bless the transformation of two others without any enabling legislation is one of the miracles of modern judicial science.

In any event, FINRA is seeking – as regulators do – the lowest common denominator when it comes to securities fraud and general bad behavior. Here's more:

"You have to know your customer and the product you're selling. But firms also really have to know who they're hiring," Susan Axelrod, FINRA's head of regulatory operations, told Reuters. FINRA, which routinely examines the industry's nearly 4,200 securities firms to gauge their compliance with securities industry rules, published its annual list of "examination priorities" on Thursday.

The regulator's beefed-up interest in problem brokers follows its efforts last year to rein in brokers with troublesome professional histories, including numerous customer complaints or sanctions such as fines and suspensions. FINRA said it will also launch a specialized enforcement team in 2014, composed of four to six lawyers, to prosecute brokers who pose a high risk to the investing public.

Sanctions could include fines, suspensions, or being barred from the industry. FINRA said only a "small number" of the industry's 636,200 brokers engage in a pattern of misbehavior that could harm investors. FINRA has barred 22 high-risk brokers from the securities industry since February 2013, around the time it started to fast-track investigations and disciplinary cases involving risky brokers, Axelrod said.

Nonetheless, some brokers with checkered pasts remain in the industry. Axelrod said that sometimes occurs when brokers were disciplined for selling troubled products in which investors lost money, such as auction-rate securities, but blame is placed on the firm rather than the individual broker and the brokers are not forced out of the industry.

The details do appear on the brokers' public records. In other cases, investors do not want to speak to FINRA about their dealings with a broker, which makes it difficult to prove a case, Axelrod said. "You'd love to have a world in which all persons who are at risk of making mistakes would be knocked out of the industry, but you have to do it in a way that's fair and has some balance, Richard Ketchum, FINRA's chairman and chief executive said.

… Other issues FINRA will review include sales of securities that are sensitive to interest rates, cyber security and firms' practices for rolling over investors' retirement plan savings into individual retirement accounts.

We can see from this laundry list that the larger issues we often discuss have no place among FINRA's concerns. FINRA's approach deals with the results of systemic difficulties but never attempts to confront those difficulties themselves. This is the problem the SEC has, too.

We know from free-market economics that regulation generally causes an effect different than what is being sought after. This is because people will take human action to deal with the force that is affecting them. In any event, the financial system itself has been sent via mercantilism, which means that some individuals and groups have more clout than others, as they are able to obtain the advantages of state force.

FINRA, the SEC, etc., would do better to confront the real problem of financial markets, which is its tendency to radically overinflate and then collapse. This boom-bust syndrome is built into the market via monopoly central banking, which always prints too much money, making people feel overly wealthy, which causes them in turn to overextend themselves and their businesses.

It is this boom-bust syndrome that gives securities professionals the opening for unethical activities. If the securities markets were not so forcefully manipulated, there would not be so much interest in them and they would not become the target of prolonged malfeasance.

Today, for instance, as we have been pointing out, Wall Street is involved in a big "party" based on a variety of regulatory factors that evidently and obviously seek to manipulate the market in a certain direction.

In Switzerland, for instance, under the aegis of the Bank for International Settlements, dozens of powerful central banks meet regularly to "coordinate" monetary policy. But by what authority do they do this? This sort of organized monopoly exploitation can only take place via governmental force.

It is this organized stimulation that is force-feeding money into securities markets around the world, eventually creating the boom-to-end-all-booms.

And why did regulatory authorities decide that private enterprises could now advertise their opportunities worldwide when they have not been able to do so for the past 75 years?

Why have the IPO pipelines been jammed with the faux-solutions to carbon-warming problems that don't exist?

These are some of the larger issues that need to be addressed. Today we can clearly see the construction of another – vaster – bubble economy.

Those orchestrating this are the real culprits.

Crime thrives when there is an environment for it. The larger manipulations of finance and investing provide ample opportunity for fraud. If one wants to reduce such fraud, one needs to attack the macro factors, not the micro ones.

But you will never find such issues broached in the current regulatory community let alone discussed in depth. Like policing, modern regulation is aimed at symptoms not causes.

Regulation, in this context, is a kind of promotional meme.