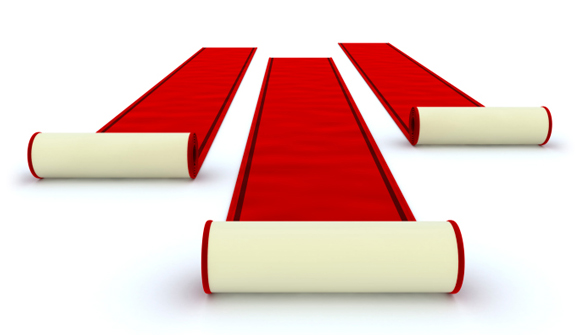 Dominant Social Theme: We need surveillance laws that protect us from terrorists. If privacy is sacrificed, safety is gained.

Free-Market Analysis: If the US public were polled in depth about the loss of privacy that has taken place since 9/11, chances are there would be a significant percentage of people that would resist the trade-off.

Likewise, if people were polled in depth about the globalized warfare that the US is conducting and expanding, many would rather, as former Congressman Ron Paul once said, "turn around and march back out."

Unfortunately, since there seems to be no real way for anti-surveillance and anti-war forces to make their voices heard above the din of freedom-sapping anti-terrorist initiatives, the march toward a surveillance state continues.

There are from time to time, various kinds of pushback, including popular demonstrations (Occupy Wall Street in some of its incarnations) and legislative proposals aimed at shoring up personal freedom. Recently, a new effort, the "Surveillance State Repeal Act" was launched.

"This isn't just tinkering around the edges," Pocan said during a Capitol Hill briefing on the legislation. "This is a meaningful overhaul of the system, getting rid of essentially all parameters of the PATRIOT Act."

"The PATRIOT Act contains many provisions that violate the Fourth Amendment and have led to a dramatic expansion of our domestic surveillance state," added Massie (R-Ky.), who co-authored the legislation with Pocan.

The House bill would completely repeal the PATRIOT Act, passed in the days following the 9/11 attacks, as well as the 2008 FISA Amendments Act, which permits the NSA to collect Internet communications — a program exposed by former NSA contractor-turned-whistleblower Edward Snowden. Likewise, the bill would reform the court that oversees the nation's spying powers, enhance protections for whistleblowers, and stop the government from forcing technology companies to create easy access into their devices.

All of this sounds admirable and even necessary – and Pocan makes the case bluntly: "The warrantless collection of millions of personal communications from innocent Americans is a direct violation of our constitutional right to privacy."

Yet the article also tells us that the politically savvy "Hill," website doesn't give the bill much chance. Leaders in Congress "have been worried that even much milder reforms to the nation's spying laws would tragically handicap the nation's ability to fight terrorists."

Even when such bills pass in some form or other, they often amount to very little; they are "watered down" in the process of legislative negotiation.

Ultimately, the USA Freedom Act failed to garner enough votes in the Senate, as opponents claimed that its passage would have left the country vulnerable to terrorist attacks.

This is the reason, as mentioned above, why such bills don't gain traction. The argument against them is invariably one buttressed by national security concerns. And the American public is usually cited as a silent endorser of such concerns.

The US public may not wish to endorse such concerns but there is no way of sorting this out short of a national referendum on the subject. Even then, voting on such issues may not provide a reliable consensus.

So we are left with a powerfully motivated military-intel-industrial complex that will likely do and say almost anything to ensure that the status quo is either retained or expanded.

The US political system, in fact, is not one of courageous men and women standing up for the rights of their constituents. In reality, legislation that passes out of Congress usually reinforces federal centralization and expands current police-state powers.

There are numerous ways to keep legislators from "straying off the reservation," including blackmail (Hoover and the FBI were practiced at this) and even doubtless threats of physical violence.

Usually, legislation that is controversial is passed by a few votes. By isolating certain wavering legislators, bills can be reconfigured or quashed without much difficulty.

For this reason, it is probably impractical to believe that Washington – author of increasingly authoritarian legislation – is going to help roll back the surveillance state. Every part of the US political system at this point is susceptible to the power of centralizing influences and dirigisme.

There are many in the US who are aware of these trends but nonetheless choose to stay and combat as best they can trends they perceive as inimical to the prosperity of themselves, their families and their community.

However, there are alternatives as well. Once one realizes that authoritarian societies rarely if ever retreat, prudent steps can be taken to secure one's wealth and prospects.

These include, as we often note, ownership of physical precious metals, real estate and farmland – some of which is held offshore.

High Alert currently is offering opportunities to become part of a self-sufficient, freedom-oriented community in Colombia. You can see more here.