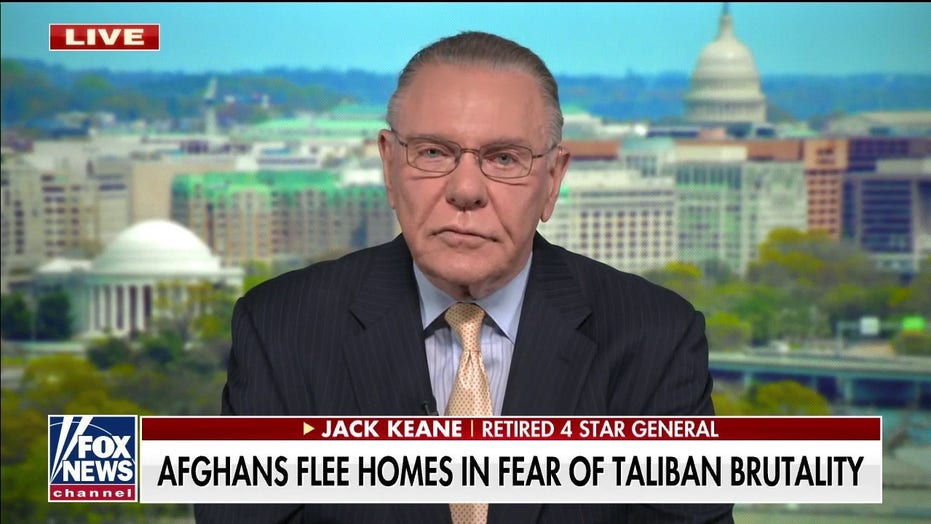 STAFF NEWS & ANALYSIS
Retired-Generals-Turned-News-Actors Are Salty Their Afghanistan Grift Is Over
By Ben Bartee - September 09, 2021 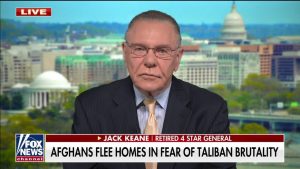 For the past few weeks, retired general Jack Keane has conducted a corporate media blitzkrieg decrying the “hasty” Afghanistan withdrawal:

“So why are we doing a withdrawal right in the middle of the fighting season, in the heart of it? The withdrawal should have been done during, what? The winter. And we should have extended our withdrawal out until sometime next year.”

If Keane’s “sometime next year” talking point sounds familiar, that’s because warmongers have been saying the same thing in corporate media for decades.

All of which begs the question: if not now, when? How many of Jack Keane’s kids have died in fruitless foreign wars?

The United States government has been fighting – and losing (assuming there was any legitimate, clear objective to the 20-year-occupation to begin with) – the Afghanistan war for decades. And, for just as long, the bureaucrats have promised they were on the verge of bringing the troops home:

“In May 2013, the conflict had cost U.S. taxpayers at least $686 billion. More than 2,000 American soldiers had given their lives for it. And the Obama administration already had announced it would withdraw almost entirely by the following year.”

In short, the Afghanistan debacle has been a multi-generational, bi-partisan, trillion-dollar travesty passed from administration to administration

Trump, to his credit, attempted to pull out but failed, having been betrayed and thwarted by his own treasonous generals:

“According to multiple accounts of the silent coup of December 2020, as Trump prepared to abdicate the White House, he made one final effort – after years of failed attempts – to fulfill his campaign promise to get US troops out of the illegal and unnecessary 20+ year Middle East foreign wars that have killed  2,312 of America’s sons and daughters and drained $815 billion from the US treasury in Afghanistan alone.” 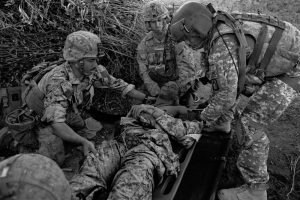 Begged question #2: Why is Keane (along with every other retired-Pentagon-official-turned-cable-news-contributor) mourning the end of the Afghanistan war on television?

Why is he playing the world’s smallest violin for the conclusion of an illegal occupation that wasted the lives of thousands of US soldiers and bankrupted the public treasury?

Or is it all drunk sincerity?

Rather than the standard tripe about “promoting democracy” and “protecting women’s rights,” is there another, more straightforward explanation for why warmongers like Jack Keane shill never-ending war – one that goes unmentioned by corporate news actors?

“Keane has worked for military companies, including General Dynamics and Blackwater, and currently serves as a partner at SCP Partners, a venture capital firm that invests in defense contractors… None of the defense contracting ties were disclosed on air for Keane.

It is imperative that viewers are aware when their news commentary is coming from someone with a financial incentive tied to the topic they’re commenting on.”

“A total Long War return on General Dynamics is 625.37 percent, at $72,515.58 [if you had invested $10,000 in 2001]. For General Dynamics, the Afghan war was particularly profitable as the Marines’ LAV-25 light armoured vehicle was widely used. Additionally, GD has also provided communications, IT, and cyber security products and services.”

In addition to General Dynamics, the lengthy list of war-profiteering boards on which Keane sits includes:

This is how the Jack Keane hustle works: 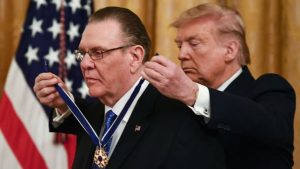 The corporate media is more than happy to play along– as it is obliquely, or often directly, owned by the same interests that own defense contractors:

“Outright ownership of media companies is one of the most egregious examples of the relationship between the media and the MIC. General Electric and NBC are one example. General Electric is a large weapons manufacturer that consistently lands in the rankings of top arms-producing and military service companies… GE is a major manufacturer of aircraft parts and missiles that were used extensively in the Gulf War and in Iraq. And, until 2013, GE either directly owned or had shares in the National Broadcasting Company (NBC).”

War pigs, alas, take heart: the bombing-orgy grift isn’t over by a long shot; it just changed venues. Now, the Biden administration is bombarding Somalia (like Afghanistan, also one of the poorest countries on Earth) with “democracy bombs”:

“The United States on Tuesday carried out an air strike against al Shabaab militants in Somalia, the first strike in the country since President Joe Biden came into office.” 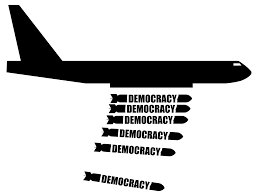 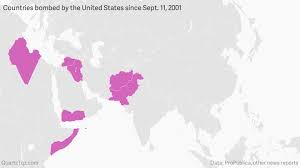 The 7 Countries America Has Bombed Since 9/11

GE, General Dynamics, Blackwater, and the other military-industrial complex contractors that pull Jack Keane’s strings are sure to cash in on the next frontiers of endless war.

And Keane, on his end, is sure to once again, whenever called upon, like the good boy that he is, fulfill his sacred duty to cry on television if any wayward politician has the courage to challenge his masters’ agenda.