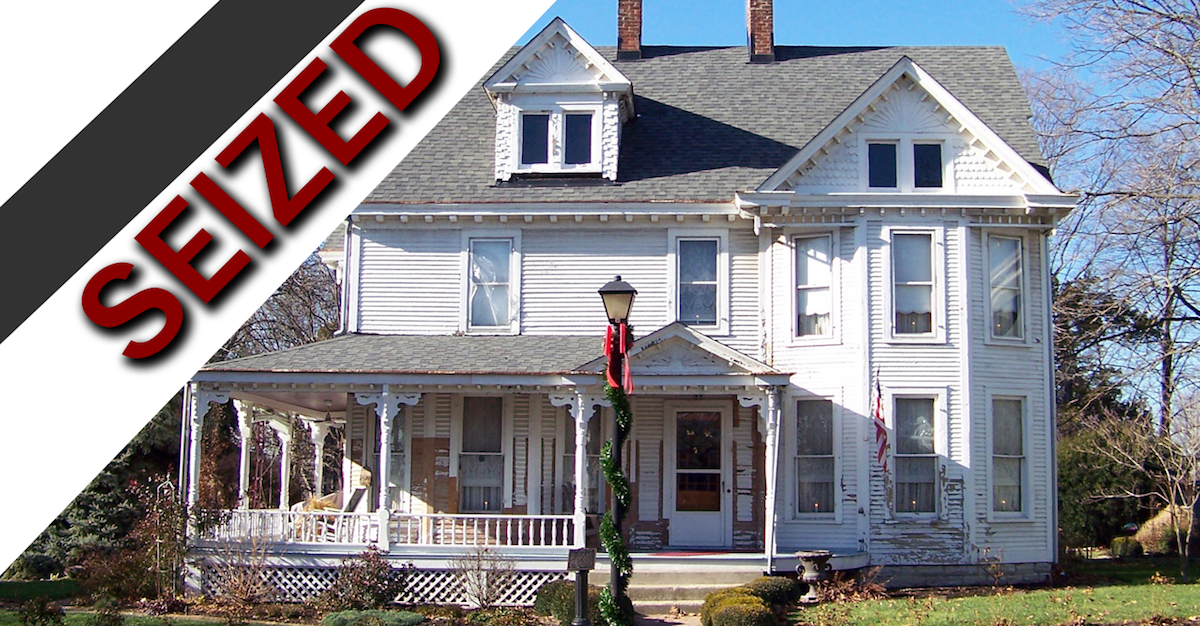 When an 83-year old retiree paid his property taxes late, he miscalculated the interest owed to the county government.

All told, he was $8.41 short. Yes you read that correctly, i.e. less than nine dollars.

So the county seized the home over that trivial amount.

Although this was the most egregious case, the man found out he was far from alone.

The county has been systematically robbing homeowners, selling their homes, and keeping the proceeds over much smaller tax bills than the homes are worth.

In case you’re wondering, the county in question is Oakland County, Michigan, which is part of the Detroit area, and one of the most fiscally vanquished municipalities in the country.

(Detroit even declared bankruptcy in 2013.)

This highlights a very important lesson: when governments are broke, they will plunder the wealth of their citizens in order to make ends meet, even if it means stealing a retired man’s home.

Maybe you heard that San Francisco recently announced they will no longer prosecute public urination, amid a homelessness epidemic.

In contrast, one rule they are still enforcing apparently is an ordinance that bans eating on public transit platforms.

A video went viral last week that showed a legitimate commuter who was on his way to work being arrested for eating a sandwich on a train station platform.

He is approached by a transit officer, who told him, “You are detained and not free to go. You’re eating. It’s against the law.”

FedEx flagged a package of legal hemp that was being shipped from a grower in Vermont to a company in New York City.

Generally speaking, hemp is legal as long as it doesn’t contain more than a certain amount of the psychoactive substance THC.

And the local Vermont police department cleared the shipment because it the hemp was well below the THC threshold.

But when the shipment got to New York City, NYPD treated it as a major drug bust.

They kept it at the station and arrested the man who came to pick it up.

The police are still holding on to the product, even though it was legally grown and shipped.

The Chinese government has detained an estimated one million Uighurs, a Muslim minorty.

Many Uighur men have been taken to what China calls ‘reeducation camps’, which the government describes as “free hospital treatment for the masses with sick thinking.”

While these men are off at camp, Communist party officials are assigned to stay at the detainees’ homes to “promote ethnic unity.”

Apparently it’s a modern day prima nocta initiative; the government calls it the “Pair Up and Become Family” program.

These officials “help” the families of detained men “with their ideology, bringing new ideas,” and over time “develop feelings for one another.”

And apparently the government “helps them to make proper arrangements” for the in-house official to share a bed with the detainee’s wife.

The in-house officials are referred to as the family’s new “relative.” While the husbands and fathers are being brainwashed in concentration camps, these officials do the job at home.