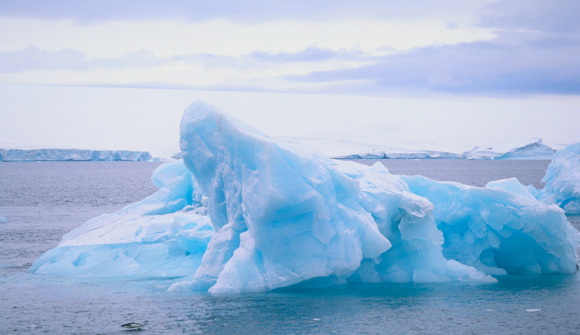 Why we're so blase about global warming … If you don't regard global warming as a serious problem, your company is growing. According to the survey jockeys at Pew Research Center, the percentage of Americans who think global warming is "very serious" or "somewhat serious" has declined since 2006 (from 79 percent to 65 percent). While a firm majority still considers global warming to be very or somewhat serious, the numbers show that public alarm over the topic has receded over a period during which the scientific, journalistic, and political consensus on the topic has surged the other way. – Reuters

Dominant Social Theme: People don't care about the biggest threat to the planet? That doesn't make any sense.

Free-Market Analysis: Reuters is astonished that people aren't so worried about global warming as they used to be. The editorial excerpted above spends a lot of time trying to figure out why this is so.

Of course, maybe people are less worried because they have decided the threat has been exaggerated. That's the one alternative that the article resolutely does NOT examine.

… Fewer respondents agree that the earth is warming and fewer agree that human activity causes warming. These figures must give cognitive whiplash to those who dismiss the public as a herd of easily driven sheep.

The scientific establishment, the press, and politicians have a flimsy grasp of mass opinion. Americans' blasé and wishy-washy attitudes toward global warming may be related to the positive short-term effects of environmental policies that they observe daily.

… Most Americans have witnessed social and technological progress in their lifetimes and they see evidence of future progress, so they're optimistic. It's only human nature that they might reject the apocalyptic impulse.

What else has nudged America's global-warming opinion needle in the direction of the doubters and I-don't-care crowd? Perhaps opinions on global warming are driven by the volume of press coverage, not necessarily the content.

Today volume is down: A Nexis search of the five top newspapers (New York Times, Washington Post, USA Today, Chicago Tribune, and Los Angeles Times) shows that 2,286 pieces mentioned global warming in 2006, compared to 1,353 in 2013. That's a measurable decline, but great enough to move opinion? I doubt it.

Call it crisis fatigue — your mind can handle only so much at a time. For example, 2006 was a time of a thriving economy. If you needed to worry about the cataclysmic, you couldn't do better than worry about the planet frying on its own skillet.

The editorial ends up discounting all the above reasons, however. The real reason people are less concerned about global warming (are you ready for this) is because the warmist contingent has so overwhelmed the opposition that there is little left to argue about.

And absent an argument, people's concentration tends to wander. Yes, that's really the reason according to this article. Because the catastrophe that is global warming has been so thoroughly established, people have ceased to consider the topic and are thus LESS worried than they used to be.

"In winning the argument," we're told, "global warming theorists and their allies have sort of smothered it. Even their foes are cowed. … As the temperature (sorry!) of the debate has declined, perhaps the accompanying sense of urgency has cooled a few degrees, even among its believers. Or at least that's my theory."

Funny, we hadn't noticed this overwhelming epiphany. In fact, we believe just the reverse. More logically, people are not worried about global warming because they have concluded it doesn't exist.

A recent article in the Australian Herald Sun takes this side of the argument. Here's an excerpt:

McKitrick paper: no warming for 19 years … The Guardian in 2009 predicted five years of rapid warming: "The world faces record-breaking temperatures as the sun's activity increases, leading the planet to heat up significantly faster than scientists had predicted for the next five years, according to a study." …

Fail. Five more years of no warming followed. Professsor Ross McKitrick says in a new paper that the warming pause has now lasted an astonishing 19 years at the surface and 16-26 years in the lower troposphere:

"The IPCC has drawn attention to an apparent leveling-off of globally-averaged temperatures over the past 15 years or so…. Here, I propose a method for estimating the duration of the hiatus that is robust to unknown forms of heteroskedasticity and autocorrelation (HAC) in the temperature series and to cherry-picking of endpoints… Application of the method shows that there is now a trendless interval of 19 years duration at the end of the HadCRUT4 surface temperature series, and of 16 – 26 years in the lower troposphere. Use of a simple AR1 trend model suggests a shorter hiatus of 14 – 20 years but is likely unreliable…

This is "the science". Why do warmists keep ignoring it?

It's amazing that the warmist crowd resolutely refuses to deal with this sort of data except to suggest that somehow the missing global warming is hiding deep in the sea – in ocean sinks.

But the bad news just keeps coming. Now it appears that satellite imagery is confirming the Arctic ice cap, the one that was said to be shrinking, is actually expanding. According to the UK Daily Mail:

The speech by former US Vice-President Al Gore was apocalyptic. 'The North Polar ice cap is falling off a cliff,' he said. 'It could be completely gone in summer in as little as seven years. Seven years from now.' Those comments came in 2007 as Mr Gore accepted the Nobel Peace Prize for his campaigning on climate change. But seven years after his warning, The Mail on Sunday can reveal that, far from vanishing, the Arctic ice cap has expanded for the second year in succession – with a surge, depending on how you measure it, of between 43 and 63 per cent since 2012.

This sort of news makes it clear that global warming is anything but settled science. In fact, it's our perspective – and the view of the Herald Sun – that the warmist contingent is actually in a kind of panic mode.

The article reports that the 2014 Climate Summit producers are looking for a young woman to, as BBC put it, "be the 'Malala' of the climate change movement, serving as a voice that will energize [the] conference."

The article concludes that in looking for a dramatic presentation such as this, proponents of global warming are abandoning scientific arguments entirely.

But maybe it was never about science to begin with.