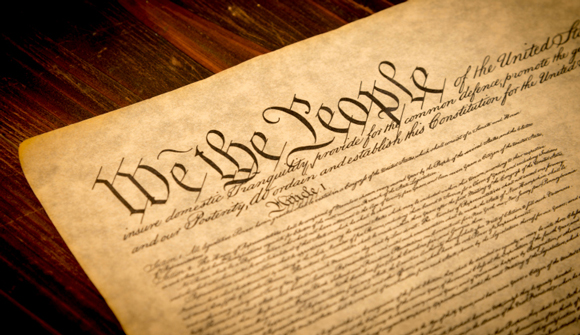 President Obama's amazingly emotional speech on gun control … President Obama delivered a deeply personal and emotional appeal to the country to help curb gun violence on Tuesday at the White House. For Obama, who is often criticized for his overly clinical approach to heated issues, his tone – sad and mad in relatively equal measure – was remarkable. Toward the end of his remarks, remembering the first graders who were the victims of a mass shooting in Newtown, Conn., Obama even wept briefly – a remarkable concession to emotion from this president. – Washington Post/AP

Dominant Social Theme: Because he is grieving, he can do what he wants.

Free-Market Analysis: Much has been made of President Barack Obama's speech in early January on gun control.

The mainstream media consensus is that the president probably connected in this speech in a way that he hasn't in previous speeches.

In fact, the Washington Post carried an AP article on the speech praising its "amazing emotion" and calling it "deeply emotional."

It seems that Obama's final period in office is in some sense his strongest. He reconfigured one-sixth of the US economy with his Affordable Health Care Act and now he has set his sights on stripping criminals of guns while ensuring that everyone else still has the right to hunt with guns and carry them around in the wilderness.

While the consensus is that presidents in their second term lose a great deal of their clout, Obama still seems potent and this speech shows how committed he is, according to the mainstream media, to the agenda he has attempted to implement throughout his years in office.

I believe in the Second Amendment. It is there, written on the paper. It guarantees a right to bear arms. No matter how many times people try to twist my words around – I taught constitutional law, I know a little bit about this – I get it. But I also believe we can find ways to reduce gun violence consistent with the Second Amendment.

I mean, think about it – we all believe in the First Amendment, the guarantee of free speech. But we accept that you cannot yell "fire" in a theater. We understand there are some constraints on our freedom in order to protect innocent people.

We cherish our right to privacy, but we accept that you have to go through metal detectors before being allowed to board a plane. It's not because people like doing that, but we understand that is part of the price of living in a civilized society.

For Obama, as for the Washington Post, guns hurt people, which makes gun control necessary. If such hurt arouses significant emotion, then action becomes justified.

The whole Post article is a large exegesis on Obama's determination to act based on the sadness he feels. This also allows Obama to balance constitutional permissions with his own inclination to act.

"We understand there are some constraints on our freedom in order to protect innocent people," he maintains. These are part "of the price of living in a civilized society."

The arguments Obama cites and the emotion he showed seem to make his actions palatable in the eyes of the Washington Post. An article just published by libertarian author Eric Peters attempts to rebut this logic by explaining clearly what the Constitution allows and what it doesn't allow.

In "It Is 'Just a Piece of **** Paper'," Peters maintains that the US currently is "not ruled by the Constitution." He says the "rulers" of the US do not feel they are bound by it, either.

Consider, for instance, this business of judicial review. The power claimed by the Supreme Court to "interpret" the Constitution. It is a power you will find nowhere in the Constitution itself, or even hinted at. It was simply asserted by the first chief justice, John Marshall (who was a cousin of but also – unsurprisingly – a great enemy of Thomas Jefferson's) in a kind of lawyerly Beer Hall Putsch.

The court, under Marshall, defined and decreed its own power. It has been the final arbiter of what the Constitution "really" means ever since. Even when the court's interpretation is obviously at odds with the plain meaning of what is actually written in the Constitution.

This is the mechanism by which we are halted and searched randomly – the very definition of unreasonable, which is the language you will find in the Constitution. But the Court has repeatedly asserted its own fluid definition, Humpty Dumpty-style, contrary to what is written and simply because it can. The Fourth (and other amendments) mean whatever the Court says they mean, which means they mean nothing at all.

This point is often left out of arguments regarding what is constitutional and what is not: The very method being used to determine constitutionality – court review – is itself illegitimate if one is to follow constitutional guidelines strictly.

The Constitution was written in such a way that the federal government's powers were supposed to be limited to what was affirmed in the document itself. Within this context the president is what Peters calls an "administrator."

This constitutional president cannot create jobs or start wars. He apparently has no lawful right to do either. Amazingly, presidents that are the most active and thus do many things that the Constitution does not allow are seen by mainstream political historians as the "greatest."

These would include, Peters points out, Lincoln, Wilson and FDR. "Whether you regard the actions of these men as meritorious is beside the point. Their actions were patently not constitutional."

Peters has a word for such men. He calls them "monarchs." He says that the executive order, which modern presidents are fond of using, is also unconstitutional in the sense that the Constitution doesn't mention it. "It is the American version of a Fuhrerbefehl. That is, an order issued from the leader."

The Constitution did give Congress certain powers, of course. Many of these had to do with declaring and prosecuting war and negotiating with foreign powers. This was a big reason why some believed the Constitution had to be written to begin with – the federal apparatus would speak and act for the nation in ways that many individual states could not.

While fascinating, all of the above might be seen as just so much palaver in an era of hard realities and even harder men. But of late – consider the now publicly noted burgeoning militia movement – people's exposure to these issues through the filter of the Internet is increasingly creating an atmosphere in which such questions are being asked.

There are questions, of course, about the latest flurry of militia activism. Federal officials, it is said, are not so worried about militia activity as they are concerned with the prospect of civil unrest. This is the crux of the matter: The more citizens examine the underlying constitutional justifications for the way their country works, the more questions arise and begin to be asked, and debated, in public settings.

Peters asks the most subversive – or logical – question: Why should individuals follow the "law" when leaders do not? It would be our perception that this is a question that is going to be asked repeatedly in the coming months and years as people continue to rediscover their past.

We predicted this evolution long ago. "The Internet is a process, not an episode," we often write. Understand this, or fail to prepare for what is to come.