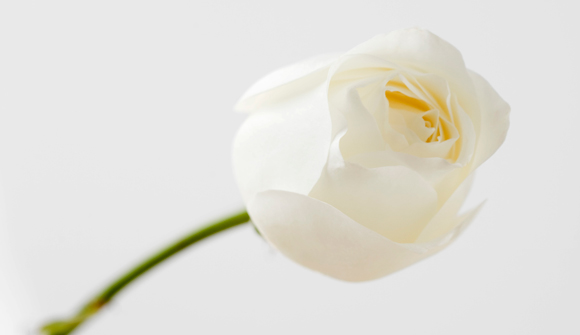 The Teddy Awards 2015 … The arena was noisy in 2015, scarily so. … Political courage, which these annual Teddy Awards celebrate, seems a particularly necessary commodity in the face of such noise, the courage to stand against a tide of barbarity and incivility. – TIME

Dominant Social Theme: The world belongs to the moderates.

Free-Market Analysis: TIME magazine informs us that a certain level of civilized moderation is necessary to promote and maintain civil society.

On the other hand, we are probably not supposed to ask why the West is in such lousy shape when its leaders are winning so many "Teddy Awards."

The man who is awarding the Teddy Awards is TIME's famous political commentator, Joe Klein. He has a distinct idea about what constitutes political courage.

Here's some more from the awards article focusing on another Teddy winner:

President Barack Obama had a mixed year. He was slow to respond to the ISIS challenge–partly the fault of rosy intelligence, doctored to belie the jihadis' growing strength–but he deserves a Teddy for his pursuit and achievement of a nuclear deal with Iran.

Moderation? Conservatives will scoff. But Obama stood firm against his party's left wing on trade, and he rightly sniped at nativist opponents who proposed an un-American ban on Syrian refugees.

He also sang, in the midst of his lovely eulogy for the Charleston churchgoers, which was the emotional highlight of the year, and of his presidency. Thanks, Mr. President. We needed that.

These excerpts are certainly thought provoking. What's most interesting is that the article is written against a backdrop of certain assumptions. If you promote those assumptions – gun control, for instance – you are seen as courageous. If not, you are "noisy."

George H.W. Bush won a lifetime achievement Teddy for his "civility" in office – presumably both as a CIA director and one-term president.

Jeb Bush wins a Teddy for "holding on–just barely, on several occasions–to his enlightened positions on education and immigration reform, and for his demeanor." One of Bush's positive qualities in Klein's eyes is his refusal to "demagogue."

And finally, Klein decides to award a group Teddy to US diplomats "toiling everywhere" in the "struggle for peace … in a world that seems to want only war."

This is actually somewhat mind-boggling, as when we survey some of the world's most violent places we find evidence that the US is actually funding the violence, though trying to cover up that funding.

Presumably Klein doesn't know that Russia in particular has accused the US of covertly supporting ISIS terrorism in order to carry out larger sociopolitical objectives.

And what about supporting Saudi Arabia that just carried out a mass execution of some 50 "enemies of the state"? No "moderation" there.

An individual who doesn't much believe in moderation when it comes to politics is Ron Paul. In his most recent article, "Purism is Practical," Paul explains why "purity" in the political debate may be seen as infinitely preferable to pragmatism.

Purism is Practical … Those who advocate ending, instead of reforming, the welfare-warfare state are often accused of being "impractical." Some of the harshest criticisms come from libertarians who claim that advocates of "purism" forgo opportunities to make real progress toward restoring liberty. These critics fail to grasp the numerous reasons why it is crucial for libertarians to consistently and vigorously advance the purist position.

Paul points out that "tinkering" is not going to fix the problem of the welfare/warfare state.

And downplaying the reality of what needs to be done – the significant changes that need to be made – is plain immoral at this point in time, according to Paul.

More practically, when those promoting freedom compromise and agree to "reforms" that are inevitably flawed, the end result is that the failure of those reforms is blamed on the reformers themselves.

Paul uses the example of Obamacare, which has further nationalized the US healthcare system. He explains that those who want to "reform" Obamacare are miscasting the debate.

Instead of promoting true, free-market healthcare, they are promoting various versions of state involvement in heathcare. The "purist" message about the necessity of price competition to determine value is muddied. There is no teachable moment and the results of such a debate will not create real reform.

Paul's perspectives can surely be applied on a personal as well as institutional level. Too many times, perhaps, we are willing to settle for the "best of the worst" options. But if we were more patient and willing to work a little harder, we might discover better alternatives.

A good deal of this has to do with self-education. Those who put in the time to really understand some of society's actuators, the often concealed triggers of modern living, may discover options unknown to others who seek the same sort of results.

Paul's perspective is that "hard work" is necessary to create social change – and hard work is also necessary to create personal change. In either case, one must emphasize human action, the idea that societies and individuals are strongest when they shun collectivism and wealth redistribution.

A movement – or an individual – that refuses to compromise principles is one that may attain "liberty, peace, and prosperity."

It's never easy, but it begins with a determination not to "settle." Seek what's best for you and your family and don't stop until you are as close to your goal as you believe it is possible to get.