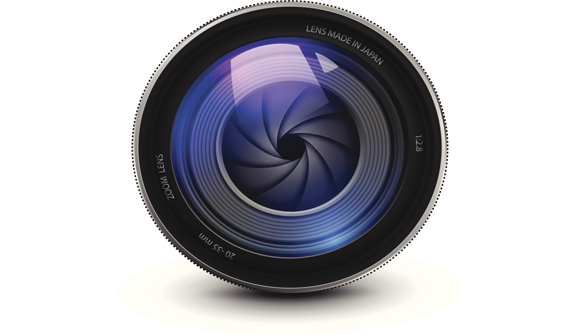 House Benghazi Hearings: Too Much Too Late … Last week the US House of Representatives called former Secretary of State Hillary Clinton to appear before a select committee looking into the attack on a US facility in Benghazi, Libya, in 2012. The attack left four Americans dead, including US Ambassador to Libya, Chris Stevens. As might be expected, however, the "Benghazi Committee" hearings have proven not much more than a means for each party to grandstand for political points. In fact, I would call these Congressional hearings "too much, too late." – Ron Paul Institute

Free-Market Analysis: The mainstream media's obsession with keeping score when it comes to politics often distracts even the most knowledgeable political observers from considering the underlying, more important issues. This is just as true, surely, in Europe as it is in the US.

Ron Paul is, of course, concerned particularly with the US and that is where his editorial is aimed. He calls the Benghazi hearings "too much, too late." What he means is that the probe into Benghazi has been overly extensive and doesn't address the real problem, which is why the US went to war in Libya in the first place.

For Ron Paul, and other constitutionalists, the US's constant overseas military interventionism is a fundamental national problem, one that must be addressed before other national problems can be solved. The "fog of war" erodes private enterprise and strengthens central government. From Ron Paul's point of view, it leaves the Constitution in tatters.

Why no House Committee hearing before President Obama launched his war on Libya? Why no vote on whether to authorize the use of force? Why no hearing after the President violated the Constitution by sending the military into Libya with UN authorization rather than Congressional authorization?

There are Constitutional tools available to Congress when a president takes the country to war without a declaration or authorization. At the time, President Obama claimed he did not need authorization from Congress because the US was not engaged in "hostilities." It didn't pass the laugh test, but Congress did next to nothing about it. …

Why were there no hearings at the time to discuss this very important Constitutional matter? Because the leadership of both parties wanted the war. Both parties — with few exceptions — agree with the ideology of US interventionism worldwide.

Secretary Clinton defended the State Department's handling of security at the Benghazi facility by pointing out that there are plenty of diplomatic posts in war zones and that danger in these circumstances is to be expected. However she never mentioned why Benghazi remained a "war zone" a year after the US had "liberated" Libya from Gaddafi.

US militarism has certainly left the US worse off in part because so many serious issues are off-limits that it is very difficult or even impossible to have a serious discussion about politics or policy. If one cannot broach issues in the first place, then how are they to be resolved?

The Benghazi hearings might have been a place to bring at least a quasi-serious discussion. Instead, the media covered it like a sports contest, evincing more interest in the outcome than the substantive erosion of the system itself.

Hillary wins — theatrically — in Benghazi hearing … Biden needed Hillary to stumble — instead she finally shined … After nine terrible months during which she made weekly gaffes and single-handedly elevated a gadfly socialist into a rival for the Democratic nomination, Hillary Clinton has had a fortnight any presidential candidate would relish.

Thursday, after clobbering her rivals in a debate last week and thereby keeping Joe Biden out of the race, Clinton went before the committee investigating the deaths of four Americans in Benghazi in 2012 — and had an unmitigated triumph.

… Simply as a matter of political theater, over the course of many hours of testimony, Clinton performed brilliantly. She assumed a calm, deliberate demeanor with her opening statement and never surrendered it.

This approach to politics makes a serious conversation almost impossible. And there is another issue as well. Anyone who has followed the Clinton machine is well aware of its corruption and ruthlessness.

In the current environment there are certain figures above the "law." Ms. Clinton may well win the Democratic nomination for president and it is certainly possible if she does, that she'll actually win the presidency. But this would be a further disaster for the tattered remnants of what the US once was.

It seems fairly clear from the historical record that neither Clinton is overly concerned with "governance." What they want is power and the means to wield it in order to create additional cash flows for their "foundation."

No matter who wins the election, the fundamental course of the US is set and probably can't be changed. The corruption is endemic, militarism is rampant and polls are now emerging that show people might prefer a military takeover to traveling down the path that the US is headed. More citizens than ever before are surrendering their citizenships and seeking to sever their ties with the US.