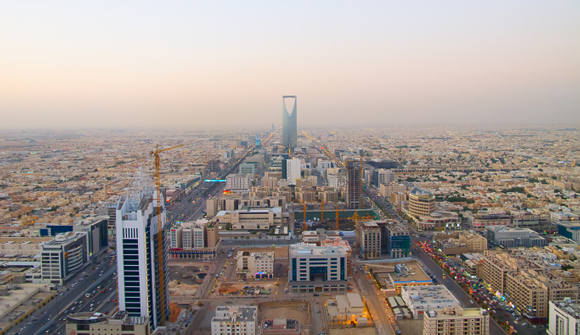 The United States have managed to solve the question of the succession of King Abdallah, but today, they are attempting to lead Saudi Arabia into error. Their objective is now to divide the country into five states. Wahhabism is the state religion, but the power of the Saud family, both interior and exterior, depends exclusively on Sunni tribes, while it subjects all other populations to apartheid. King Salman (80 years old) leaves the exercise of power to one of his children, Prince Mohammed (30 years old.) The Prince has seized control of his country's major companies, has declared war on Yemen, and has just executed the leader of the opposition, Sheikh al-Nimr. – LewRockwell

Dominant Social Theme: The House of Saud has difficulties, as do all great powers.

Free-Market Analysis: If you have followed The Daily Bell regularly, you are perhaps asking yourself again, how did they know?

That's because you are aware of articles in these pages for perhaps the past year or more maintaining that London and DC wanted to dump the House of Saud.

At the time, this sort of observation was not being presented by the alternative media, much less the mainstream media.

But here comes French intellectual, founder and chairman of Voltaire Network and the Axis for Peace Conference Thierry Meyssan.

He writes what very few will, as you can see above.

The fall of the House of Saud may be provoked by a reduction in the price of oil. Incapable of reforming its life-style, the kingdom is borrowing hand over fist, to the point that according to financial analysts, it will probably collapse within two years. The partial sale of Aramco may temporarily postpone its demise, but this will only be possible at the cost of a loss of autonomy.

The decapitation of Sheikh al-Nimr will have been the straw that broke the camel's back. The fall of Saudi Arabia is now inevitable because there is no hope left for the people who live there. The country will be plunged into a mixture of tribal revolts and social revolutions which will be far more murderous than the previous Middle-Eastern conflicts.

Far from acting to prevent this tragic end, the US protectors of the kingdom are awaiting it with impatience. They continually praise Prince Mohammed's "wisdom," as if encouraging him to make even more mistakes. Already in September 2001, the US Committee of the Chiefs of Staff were working on a map for the re-modelling of the "wider Middle East," which planned for the separation of the country into five states. In July 2002, Washington was considering ways of getting rid of the Saud family, during a famous session of the Defense Policy Board. From now on, it's just a matter of time.

We certainly didn't know that the Pentagon was plotting to remove the House of Saud, no matter the fame of a Defense Policy Board session.

What we do is follow memes after identifying the underlying goals. In this case, we are fairly sure that the aim of much of what is taking place has to do with an effort at increased globalization.

The goal of many internationalists is a larger monetary union and even a single currency, a single regulator and a worldwide exchange.

Alternatively, there may be several large regions run by Europe, the Americas, Russia and China. But in either case, the dollar reserve currency has to be significantly weakened if not done away with entirely for this larger paradigm to emerge.

We're not sure how it will shake out, of course, but can see the outlines of a new economic order. Understanding these goals, we can then observe the "directed history" that is organized to support these goals.

What we call directed history is supported by "memes" – information promoted in the mainstream media that results in "trends."

Most of the high-profile "trends in the news" tend to support the centralizing of power and authority.

And this is how we arrived at the conclusion that the House of Saud was deemed expendable. It is the necessary supporter of the dollar reserve currency and if it vanishes, the dollar is weakened and globalism strengthened.

The current regime is receiving a pounding in the mainstream media. This is a certain sign that trends are moving against the regime.

The analysis of memes is a useful tool if one accepts the reality of certain elite global goals. Our VESTS analysis, which you can read about in Anthony Wile's book, High Alert, takes advantage of these dominant social themes.

If you are interested in this sort of analysis we recommend that you read High Alert. We've posted it online for free download, here.