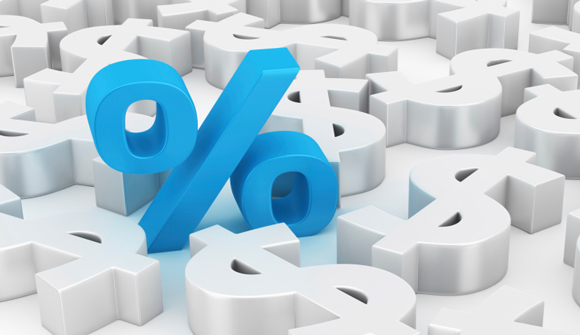 STAFF NEWS & ANALYSIS
Silver and Gold May Muddle in August But Fall Could Tell a Different Tale
By Daily Bell Staff - August 25, 2016

Fed Worries Are Crushing Gold and Silver Stocks … Gold slumped today, finishing at its lowest level in a month after investors grew worried that the Fed would signal that interest rates would rise when it meets this week. – Motley Fool

Strange that the US central bank can preach increased prosperity at a time when some 90-100 million potential workers in the US don’t seek formal, mainstream employment.

On top of this, as Ron Paul wrote recently (here), the numbers that do issue from fedgov regarding employment are untrue.

The most recent employment numbers featured an increased amount of service jobs. But even that wasn’t really true as the numbers were “adjusted” upward by fedgov itself.

In this case the word “adjusted” means that the numbers were simply arbitrarily enlarged.

Because this number is so “good,” the Federal Reserve is now contemplating a rate increase, presumably one of .25%

In  fact nothing has changed. The quasi-depression that afflicts the US and the world remains. The impatience of central bankers also remains.

It is a matter of control. The Fed needs higher rates in order to move them back down. Going negative in the US is probably a difficult proposition, one that would arouse considerable media controversy, which the Fed probably doesn’t want at this time.

So it really doesn’t matter what the “real” numbers are. The Fed needs to move rates up in order to move them back down.

And presumably that is what will happen. More:

Gold bugs are growing uneasy given recent comments by members of the U.S. Federal Reserve. On Sunday, for example, Vice Chairman Stanley Fischer said in a speech that the U.S. was “close” to hitting its targets for employment and inflation.

That statement seemed to imply that the Fed might hike interest rates this year. Meanwhile, Fed Chairwoman Janet Yellen is scheduled to speak this Friday at its annual retreat in Jackson Hole, Wyoming. Some analysts expect her speech to signal that the Fed is ready to raise rates, which would be bad news for gold.

Money metals have had a great year but the summer has yielded to price doldrums versus the dollar. September is a different story and October as well.

The dollar in particular will come under pressure as October looms  (here). Russia is beginning to transition currency away from the dollar toward gold.,

And at the beginning of October, the IMF will place the yuan in the SDR basket of currencies. The yuan is now eligible to be issued out by international financial facilities such as The World Bank. Eventually yuan-denominated bonds will have an impact on US dollar bonds as value flows out of the dollar. As dollar bonds become less popular, the dollar themselves will flow back to the US creating price inflation.

Long term, neither the US economy nor the dollar itself can be said to present positive trends. And as the dollar and precious metals are inversely related in modern trading, the more damage the dollar undergoes, the brighter metals shine.

Even in August, silver has not lost all momentum. Silver exchange traded funds saw significant inflows early in the week, pushing holdings to record highs. Gold ETF holdings moved up as well to record highs despite struggles against dollar pricing.

The markets, in other words, are not confirming the price action and sooner or later, we will see a broad variety of metals instruments begin to reflect underlying demand.

Here at DB, our sponsor Golden Arrow has participated in silver’s upward trend and no doubt will continue to make progress as silver does, itself. For more information on Golden Arrow, please see an interview here.

Since we began to promote the opportunities available at Golden Arrow, silver has had an upwards move along with gold. Golden Arrow partner Silver Standard  has announced it is working toward a new mine by the end of the year with Chinchillas, a Golden Arrow subsidiary.

Golden Arrow informs us that “the application for the mining permit has been filed.” Those who wish to investigate silver mining properties may want to consider the Chinchillas project. You can see the Golden Arrow website here, which contains information on Chinchillas.

GOLDEN ARROW RESOURCES is a sponsor of The Daily Bell under a new marketing program. The company welcomes your interest and support. Please consult DB’s disclaimer before making investment decisions.