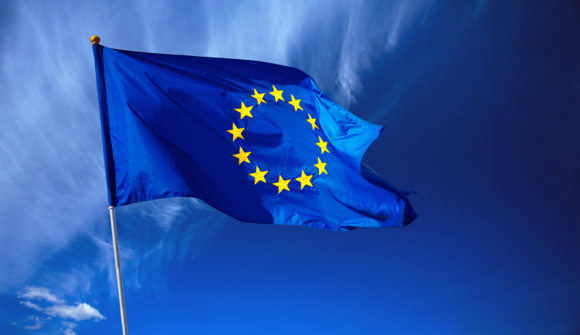 STAFF NEWS & ANALYSIS
Single people can use this unique Plan B option…
By Simon Black - June 24, 2022

One of the most powerful steps you can take for your Plan B is establishing a second residency in another country.

Obtaining residency in a foreign country doesn’t mean that you have to move anywhere.

What it does mean is that you’ll have at least one more place in the world where you’re welcome to live, work, invest, do business, and bring your family.

In short, you’ll always have another option. And that’s what having a Plan B is all about— having more options. Because more options means more freedom.

Now, there are countless ways to obtain legal residency in a foreign country. And every country is different.

Some countries (like the United States) have Byzantine immigration laws that take a great deal of effort to navigate. Others (like Mexico) have very straightforward regulations, so it’s fairly simple to obtain residency.

Some countries grant temporary residency visas to students, other to religious workers, others to retirees, others to self-employed professionals. And the rules vary widely from place to place.

But there’s one surefire way that nearly every country on the planet universally acknowledges: FAMILY. And that includes marriage.

Almost every country in the world has rules that allow you to obtain legal residency if you marry a citizen of that country.

But what if, say, you’re a digital nomad living abroad… and you’re dating someone from that country?

Perhaps things are going great, but you’re not ready to tie the knot yet. After all, marriage is a huge commitment.

Well, there are plenty of countries where you can obtain residency, even if you’re still single, but in a relationship with a citizen of that country.

For example: Spain, Portugal, and Malta allow you non-Europeans to obtain residency if you can prove that you are in a stable relationship with an EU citizen – even if you are NOT married!

Even better— your partner does not have to be Spanish, Portuguese or Maltese for this to work. The EU legislation allows that a citizen of any EU country can sponsor you for residency.

So in other words, you can be dating someone from the Czech Republic but still be eligible for Spanish residency.

This benefit falls under the concept of common-law partnerships, which are also known as civil unions, domestic relationship, etc.

In shot, it is a legal framework that allows two people in a relationship to enjoy the rights and privileges similar to those enjoyed by married people, even if they don’t formalize their relationship legally or by conducting a religious ceremony.

Depending on the country, common-law partners can usually obtain certain tax and medical benefits, maternity or paternity leave, as well as pension payments if one of the partners were to die.

And in many cases, common-law partners can apply for residency in the country where their partners hold citizenship through a so-called family reunification procedure.

The rules are particularly generous in the European Union. It allows non-EU partners to apply for a temporary residency permit with a term of up to five years.

Again, your partner doesn’t have to be a citizen of the country where you plan to apply for residency. So, for example, if Spanish residency is your goal, your partner can be Estonian, Dutch, Bulgarian, Czech, etc.

As long as he/she is an EU citizen, you should be eligible for residency as well.

Now, it’s important to note that this isn’t suitable for short-term flings.

In the Spanish region of Catalunya, for example, (which includes Barcelona), local regulations require that you demonstrate you’ve been with your significant other for two years… or that you’ve formalized your relationship through a notary. Very romantic, I know.

Once nice benefit is that registering your ‘non-marriage’ with the authorities does not come with the same financial risks as marriage. Under the legal code for Spanish civil unions, each partner in the relationship maintains separate and individual ownership of their assets.

Naturally we’re not suggesting you start swiping on Tinder across European countries just for the residency benefit. But if you happen to already be in this situation, or will be in the future, you should know there’s a good option on the table… even if you never get married.

If you’re interested in in learning more about how a common-law partnership can help you gain residency, you can join Sovereign Man: Confidential here, and access the full report.

In this report, we cover the applicable procedures in Spain in detail (the country is incredibly livable, and has rather lenient rules). We also present an overview of the requirements in Portugal, Malta, the United States and Canada.