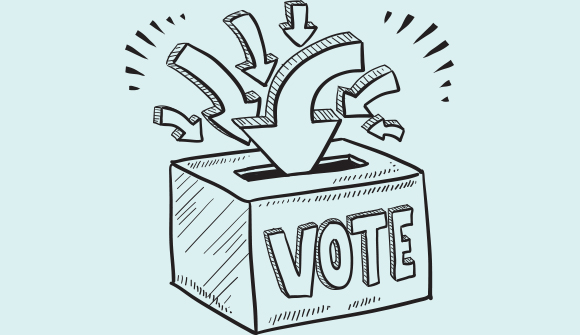 STAFF NEWS & ANALYSIS
Spiegel: If People Don't Vote, Then They Must Approve of the Surveillance State …
By Staff News & Analysis - June 24, 2013

Global Surveillance: The Public Must Fight for its Right to Privacy … The British-American surveillance program Tempora marks a historic turning point. Unnoticed by the public, intelligence agencies have pursued total surveillance. Governments have deliberately concealed from the public the extent to which we are being watched. The term, "information superhighway" has always been insufficient to describe the Internet … The next weeks and months will show whether democratic societies across the world are strong enough to take a stand against the unlimited, totalitarian ambitions of Western secret services — or not. The governments of the countries in question apparently did not have the necessary backbone. They knew full well that the kind of surveillance being undertaken lacked all democratic legitimacy. But they pursued the programs anyway, behind the backs of their electorates. It is now up to voters to defend themselves. It is up to us, whose data has landed as by-catch in the nets of Tempora. We must force our own representatives to defend our freedoms. – Der Spiegel

Dominant Social Theme: It is up to regulatory democracy now.

Free-Market Analysis: So now that the leaders of regulatory democracies in a concerted fashion have built up the surveillance society over decades, it is up to voters to turn back the proverbial tide in a couple of weeks.

This is what Der Spiegel indignantly demands. Sure, the other author of this opinion piece probably has his heart in the right place, but we can't help wondering if this is just another meme in the making.

If the confused and chaotic voters of the regulatory state do not immediately take action at the ballot box to throw the rascals out, they will inevitably get what they deserve. Here's more:

An appropriate real-world metaphor for the program might be something like this: In every room of every house and every apartment, cameras and microphones are installed, every letter is opened and copied, every telephone tapped. Everything that happens is recorded and can be accessed as needed. It sounds preposterous, but it is frighteningly close to the reality that was unveiled by the Guardian on Friday.

Together, the GCHQ and NSA monitor Internet traffic by tapping directly into the data stream sent through fiber-optic cables. They are able to copy and cache this data, to be sifted through later as needed. Those behind this disgraceful program have not even bothered to deny what they are up to.

… Where is the Outrage? It therefore seems odd that the reactions in the Anglo-Saxon world have been so restrained. Sure, the Guardian, as well as the Washington Post, have reported in detail about the programs. Yet in the political sphere, it was mainly a few German politicians voicing their outrage. And for good reason.

The fact that the Americans and the British − it is yet to be revealed who else participated − have granted themselves this enormous power, without ever informing their own people, is a scandal of historic proportions … The public revelation of these activities in the Guardian, thanks to the risky actions of former NSA worker Edward Snowden, marks a turning point.

Okay, so this article seems to be arguing that if people, worldwide, don't take action via protests or the ballot box, then what has been created is on its way to obtaining a de facto legitimization. Vote now or forever hold your peace.

We're not banging on Snowden, by the way, who seems to be a courageous, caring and humble human being. But even the smartest among us can be manipulated and so we will wait and see what emerges from this latest installment.

As we are optimists and students of history, we would also point out that even the best attempts to co-opt information technologies have not been easy for those who want to maintain control of society.

One can launch all sorts of gambits but that doesn't mean that one can easily harness the sweep of history, which currently seems to be leading away from 20th century-style command and control economics and politics.

Keeping this in mind, we'd respond to this Der Spiegel article by saying that what has been built up over a century doesn't have to be taken down in a month.

Just because people aren't immediately voting the rascals out of office doesn't constitute an endorsement of the current environment. These things take time. We are dealing with large issues on an international scale.

What we do envision is a kind of disillusion with regulatory democracy entirely. We're fairly sure this hasn't been considered, or not at least as a palatable option, but it may be the one that most people pick because it is the easiest available.

Those who are seeking to publicly install these massive surveillance systems may therefore believe they have won a public "buy-in" because the backlash is not immediate and severe. But in the long term they may have set in motion events that they cannot control.