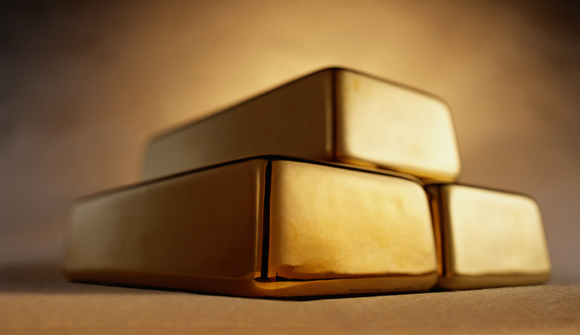 Yellen May Let the Economy Run Hot … Fed officials could forgo another rate increase in March, a possibility reflected in futures markets where the probability of no change at that time is around 58 percent. A pause would fuel expectations of a much slower series of rate hikes than the four that policymakers projected for 2016. Short- and long-term interest rates would drop, resulting in cheaper financing costs that could further stimulate demand in an economy where the jobless rate is already at a seven-year low of 5 percent. – Salt Lake Tribune

Free-Market Analysis: This article raises an important point, though in order to follow through on the ramifications we present another article farther down.

The point this article makes is that even if price inflation becomes more prevalent, Yellen and the Fed may choose to forego additional hikes in the short term.

Analysis of the Fed's next move has focused on rising economic spirits and whether they will demand a fuller slate of hikes. Alternatively, observers have focused on lagging indicators to speculate that Yellen et al. will not have the necessary latitude to hike further.

There has been less speculation about another logical scenario, which is that price inflation could tick up considerably without commensurate economic activity. That's called stagflation.

According to the Tribune article, lack of further near-term hiking could result in "cheaper financing costs." The reason that foregoing hikes is possible is because of the stated lack of price inflation.

We have written that price inflation is understated but nonetheless, from the point of view of policymakers, it certainly doesn't rival the price inflation of the 1970s. And thus the perceived "room" to let the economy percolate even when additional hikes might seem to be prudent.

Here's the argument regarding prices:

During Yellen's tenure, the annual rate of change on prices has averaged 0.8 percent — far short of the Federal Reserve's 2 percent target. Oil has fallen 69 percent since the end of January 2014, wages have been slow to accelerate and the dollar's 22 percent rise has made imports cheaper.

Additionally, a host of technological disruptions — from Amazon to Uber — have helped curb pricing power. By giving consumers information on what they'll have to pay for goods and services, these innovations are spurring competition to keep costs low.

The article goes on to argue that so long as one is not concerned about price inflation, the best way to generate immediate economic activity may be via government involvement in pump priming.

That's the least interesting part, however, and not one we'll address. The more interesting point is that Yellen could forego hikes that she has said are probably necessary even if the economy revs.

We went looking for other insights into this possibility and found a recent editorial posted at The Globe and Mail entitled, "The Stagflation Spectre: Why Gold's Time May Have Come."

I've been a gold bear for four years, but no longer: I think gold may soon rise significantly. Why did I change? In a word: Stagflation. It is the toughest investment regime, composed of inflation and economic stagnation. The last time we saw this was in the late 1970s. And it's coming again. In such a period, one of the only investments that appreciates is gold.

Knowing which regime we are currently in isn't hard. The harder part is sticking to the best investments for that regime and not trading them. What's the hardest part? Knowing when a regime is ending, and adjusting your portfolio in time. Such a change is upon us: from high growth and low inflation, to low growth and high inflation – i.e., stagflation. Hence my changed view on gold.

The editorial is written by Avner Mandelman, president and CEO of Acernis Capital Management Inc. It goes on to cite "evidence" for stagflation. The economy is weak around the world and commodity prices and oil continue to slide, he points out.

Additionally, the hundreds of trillions printed by central banks and chief among them the Fed have not yet circulated aggressively but will sooner or later. The article defines this currency not as the "money supply," but as the "money stock."

Money supply is money stock (how much the Fed prints) times money velocity (how many times a dollar circulates in a year), and the latter should accelerate once market activity rises during a change of investment regime.

This is all based on the idea that inflation is a monetary phenomenon: When there is too much of something, a unit tends to depreciate. To us and to most Austrians, it seems reasonable, too.

Even Keynesian central bankers swear allegiance to Austrian precepts. The article cites Mario Draghi, head of the European Central Bank, as "vowing" to create more price inflation. The only way he can do this, of course, is by printing more euros.

The article quite reasonably interprets Draghi's remarks as being pro-debasement and provides us with some strategies to pursue in a stagflation environment.

It advises that certain stock sectors may become cheaper in an era that may see receding equity valuations. But most strongly, the article emphasizes gold, as in "gold's time has arrived."

We are talking physical gold to a degree here: bullion or gold coins. Or, the author advises, you can look for dividend paying gold stocks. If you are planning on selling gold jewelry, wait a while. In an era of stagflation, he believes gold prices will rise, perhaps significantly.