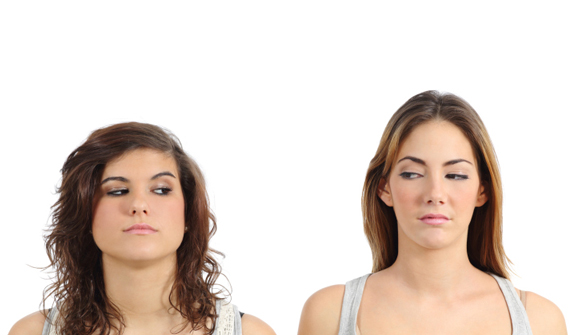 Four in 10 Americans say they have "a great deal" or "a fair amount" of trust and confidence in the mass media to report the news fully, accurately and fairly. This ties the historical lows on this measure set in 2014 and 2012. Prior to 2004, slight majorities of Americans said they trusted the mass media, such as newspapers, TV and radio.

This decline follows the same trajectory as Americans' confidence in many institutions and their declining trust in the federal government's ability to handle domestic and international problems over the same time period. – Gallup, Sept 28, 2015

The Gallup Organization goes to great lengths to tell us what we already know. Their latest national polling, for instance, says "Americans' Trust in Media Remains at Historical Low." The greater surprise is the other side of the coin. Some 40% of Americans think the mass media reports news fully, accurately and fairly. Their faith is touching but wrong.

My own non-scientific survey says the answer is frequently "No one." Many people I know, either online or in real life, say they want to be self-reliant, though few actually are.

This attitude is positive in one sense. A large part of our population has an unhealthy dependence on others for support. Adults who are not sick or disabled should take care of themselves.

Distrust that others will help you is the first step toward taking responsibility for yourself. Sadly, distrust is only a first step. Large numbers of people refuse to take the next one.

The result is a population increasingly afraid of its own shadow. To those who trust no one, everyone is a potential threat. Hence, the constant calls for the government to "keep us safe" from the latest imaginary enemy.

A society in which no one trusts anyone is a society that will soon tear itself apart.

Alternately, it will simply dwindle into extinction because its members don't trust each other enough to reproduce. That process is already well underway in Japan, Russia and parts of Europe.

Is this just how nature works? Maybe, but nature doesn't always favor the independent. Many species thrive precisely because the members trust and rely on each other. They can accomplish more together than they can as individuals.

Early humans fell in that category. At some point, we lost our natural trust. Will we ever find it again?

No one knows. We know only what will happen if we don't.