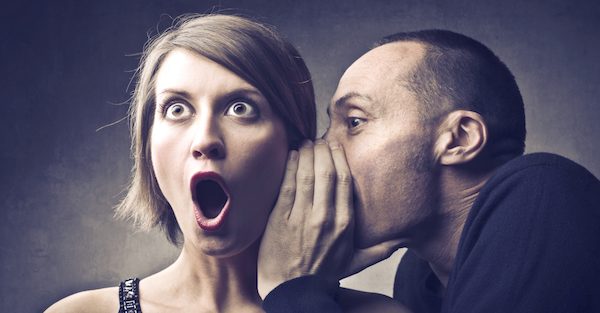 Here’s our Friday roll up of the most absurd and concerning articles we came across this week.

UK bureaucrats will now decide if ads and commercials are too offensive.

New regulations ban advertisements with gender stereotypes “that are likely to cause harm, or serious or widespread offence.”

So a woman cleaning while a man is being lazy– banned.

It seems that, in 2019, consumers are far more capable of regulating a company’s advertising decisions.

If people don’t like a company’s ads, they’re free to boycott the product. And if enough companies catch grief over their ads, they’ll change the ads or go out of business.

Having a government commission to regulate this sort of thing is going to be simply comical.

We have a feeling this isn’t what the Brexiters had in mind when they voted to leave.

College snowflakes have become so delicate that even sex jokes could soon become illegal on campuses.

The Texas state legislature has passed two bills which would define ‘harassment’ on campus as “unwelcome, sex based” words. Hearing anything that makes you feel even slightly uncomfortable would be considered sexual harassment.

Obviously this becomes an impossibility. How could anyone know what another person might find unwelcome?

But that’s not even the worst part.

The legislation allows university professors to be fired or imprisoned for failing to report any instance of harassment that falls under this loose definition.

This effectively requires professors to report ANYTHING that could possibly be construed as offensive, or else they risk arrest and prosecution.

Frogs and “OK” hand symbol are hateful, according to Facebook

It’s been confirmed: cartoon frogs and the “ok” hand gesture are hateful.

At least that’s true in the world of Facebook censorship.

But it turns out it isn’t just what you say online that matters. Facebook will even consider offline behavior and associates to decide whether to ban prominent people from the platform.

Just for going on the wrong talk show, or expressing the wrong opinion, someone could be labeled an agent of hate, and banned.

Private health insurance is growing in countries with socialized healthcare

Healthcare is already “free” in these countries. The socialized systems guarantee citizens most medical needs, with low sharing costs.

But they don’t guarantee short wait times or quality care.

So now private insurance is making a comeback, even in the most famously socialist countries.

According to a recent academic study, private health coverage in Sweden tripled between 2006 and 2016; and in Norway it more than quadrupled.

The growth of private insurance is actually helping take the burden off the government system… even though the taxpayers haven’t shared in that relief.

By the way, under the US “Medicare for all” plan, private insurance and health coverage like this would be illegal.