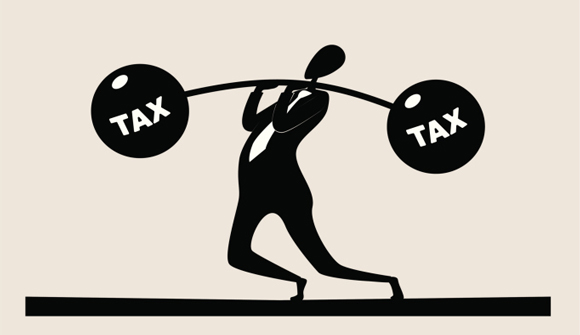 Today the federal government will release a nearly $5 TRILLION annual budget proposal for Fiscal Year 2021 (which begins on October 1st of this year).

Needless to say, that’s more money than any government has ever spent in the history of the world.

And there are a few things in particular that are worth highlighting:

First– this budget proposal would create yet another trillion dollar annual deficit. And that’s simply astonishing.

Think about it: this is supposed to be the ‘everything is awesome economy’. The stock market is at a record high. Corporate profits are at record highs. Unemployment is at record lows.

If the government can’t make ends meet when the economy is this good, how many trillions will these people burn when the next economic downturn arrives?

Second– and perhaps even more importantly– the budget proposal aims to *cut* funding to Medicare and Social Security by hundreds of billions of dollars over the next decade.

Bear in mind that these programs are already insolvent, i.e. they can’t pay for the obligations they’ve already promised. AND they also lose money according to their own financial statements.

Right on page 5 of the 2019 Social Security annual report, the trustees explicitly state that “Trust Fund asset reserves become depleted and unable to pay scheduled benefits in full on a timely basis in 2035.”

The Medicare annual report is even more bleak in its outlook:

“The Board projects that expenditures will increase in future years at a faster pace than either aggregate workers’ earnings or the economy overall . . .”

“[A]ny of these scenarios would substantially increase the strain on the nation’s workers, the economy, Medicare beneficiaries, and the Federal budget.”

“The financial projections in this report indicate a need for substantial changes to address Medicare’s financial challenges.”

They even state that the government needs to give taxpayers ample time to “adjust their expectations and behavior” to the major changes that will end up being made to the program as a result of these fiscal realities.

And they also project that Medicare’s largest trust fund will be fully depleted in 2026, just six years from now.

Again, don’t take my word for it. These are official government reports signed by (among others) the Treasury Secretary of the United States.

This is not some wild conspiracy theory. This isn’t even a political problem. It’s an arithmetic problem… and one that will never add up.

Both programs estimate their funding gap to be nearly $20 TRILLION.

This is a level that is obviously beyond the government’s capacity to bail out. The federal government loses a trillion dollars each year and is already in debt by $23.25 trillion.

(And to be clear, that is a record high amount. In other words, the federal debt level right now, today, is the highest that it has ever been in US history.)

They don’t have the money to scratch the surface of saving Social Security and Medicare, so a bail-out is not an option.

But like I said earlier– they’re actually moving in the other direction. Today’s budget proposes to CUT nearly a trillion dollars from the programs over the next decade.

So the government hastening the decline of Social Security and Medicare, not bailing them out.

Option 2 is default. And by ‘default’, I mean default on the obligations and promises they’ve made to tens of millions of taxpayers over the last 50+ years.

They have a number of ways to do this.

For example, they could push out the retirement age by 5 years or so. But this is effectively stealing retirement funds from people who have been paying into the program for their entire working lives.

Right now the average married couple receives $36,072 in Social Security benefits per year. So delaying benefits for five years means that the average couple loses more than $180,000 in retirement benefits that they’ve PAID FOR and been promised.

But based on average life expectancy in the US for seniors, this works out to be a total reduction of $160,400 per couple from the benefits they were promised… which is also tantamount to a tax.

It would also turn people’s lives upside down. Life isn’t cheap in the Land of the Free, and living on a fixed income is difficult. Slashing that income by 23% will hit a lot of people hard.

Bottom line: The government isn’t going to fix anything. According to today’s budget proposal, they’re actually making it worse. You’ll have to fix this yourself.

The good news is that there are plenty of ways to save more money, including turning your hobby into something that boosts your retirement savings.

And if you’re smart about how you structure it, you can divert most of that extra cash into an inexpensive, tax-advantaged retirement account.

This will go a long way in solving an obvious problem.