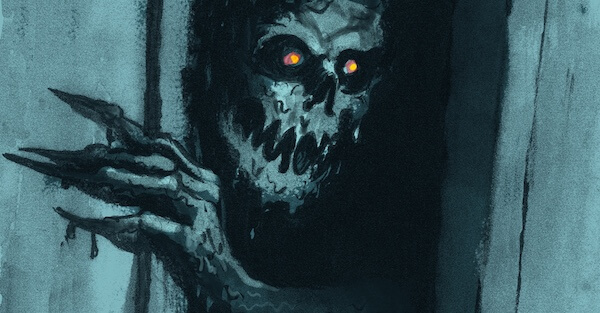 STAFF NEWS & ANALYSIS
The boogeyman is coming for you… no matter where in the world you are
By Simon Black - December 14, 2018

The anti-terrorism unit suited up.

This was an international affair… a deal between the USA and New Zealand, two members of the Five Eyes intelligence alliance.

What was this… capturing the next in line after Bin Laden? Busting an international human trafficking ring?

Actually, elite New Zealand law enforcement was acting at the request of the United States to arrest a guy named Kim Dotcom.

Kim Dotcom is a large, jovial man of German-Swedish origins. He founded Megaupload, an online platform that allowed us to basically watch movies online for free.

Unfortunately for Kim, a lot of that content included American movies, with American copyrights.

US artists didn’t get their money, which meant the US government didn’t get its tax dollars.

But Kim Dotcom was a German citizen hanging out in New Zealand. So tough luck for the USA, right?

Wrong. US jurisdiction extends globally… and the government is getting its pound of flesh.

Violate US copyright laws, and get your door kicked in by a SWAT team, even half a world away.

Then there was the Australian, living in London who shared leaked, classified and sensitive documents with the public.

I’m talking about the founder of WikiLeaks, Julian Assange.

He walked into the Ecuadorian embassy in London six years ago, asking for asylum.

There was a Swedish warrant out for his arrest, alleging rape charges. He faced extradition to Sweden, and feared he would then be turned over to US authorities… who wanted Assange taken down for exposing the extent of the spying the US government was carrying out on its own citizens.

For years it was suspected that there was a sealed US indictment against Assange. Last month, the proof emerged when the US accidentally revealed the filing, but not the specific charges.

So, we’ve got an Aussie journalist who might get arrested in the UK (which has an extradition agreement with the US) for a crime allegedly committed in Sweden… all because the US government has a hard-on for this guy.

But this journalist made the mistake of providing the world with the valuable insight that the authoritarian US government was surveilling its own citizens.

And, again, the US wants its pound of flesh.

Just recently, the US has once again flexed its global might to throw someone in jail.

As you’re likely aware, Trump is in the middle of some tense trade war negotiations with China.

Interesting timing that the Chief Financial Officer of the Chinese tech company Huawei, Meng Wanzhou, was just arrested at the request of US authorities. The company allegedly violated US sanctions against Iran by selling technology to the country.

But here’s the thing… Wanzhou wasn’t on American soil. She was arrested in Canada. The Canadian government is bringing the US case against Wanzhou, who could be extradited to the US to face charges.

So a Chinese citizen, working for a Chinese company, complying with Chinese law, was arrested on Canadian soil… because she allegedly violated US law. (She was recently released on bail – after a 3-day bail hearing, and two weeks in jail.)

The point is, if you challenge the US government, prepare for your new accommodations in a 6 by 8 foot cage.

It’s crazy. You know I actually had pork the other night, yet somehow Saudi Arabia hasn’t arrested me for violating its laws against non “halal” food.

The US going after Dotcom and Assange is bad enough. But truth be told, these guys poked the bear.

Dotcom made the American government lose out on tax dollars.

I still don’t think it’s right to apply American law worldwide… but what do you expect America to do? It’s not surprising.

But the USA’s latest move should disgust anyone with even a distant memory of what freedom was.

If the US wants to escalate trade wars or impose more tariffs to punish the company… fine, whatever.

But to bring criminal charges against company leadership just for doing their job is a terrifying development, even for the brazen US world police.

The USA is the self-declared dictator of the planet. Forget sovereign nations, US law applies worldwide.

And they will kidnap and extradite you from New Zealand, London, Canada, or wherever else they can get their hands on you.

If they want you, they will get you.