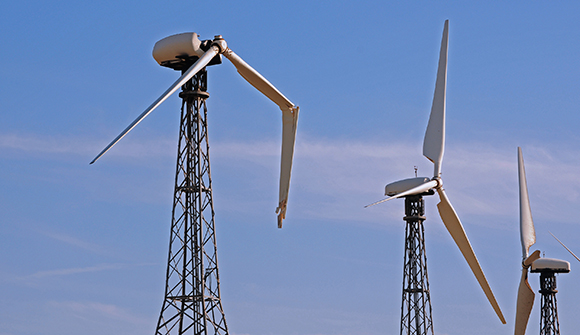 Sustainability holds key in green quest for China … With the Chinese economy slowing down, it is possible to predict that the country’s policymakers would still have their eyes trained on economic development for a not-so-bad GDP growth, rather than sustainability matters, say experts, but applaud environmental steps taken. –China Daily

It’s no different than a thousand articles and memos made available every day from the mainstream media boosting all kinds of “sustainability.”

We know the conviction well. It begins with the idea that there are too many people on the planet and ends with various suggestions of genocide.

You can tell people that “over-population” propaganda was developed by the Rockefeller-sponsored Club of Rome, but it won’t make any difference. Telling a spiritual person the antecedents of his religion, no matter what they are, won’t shake his faith.

Articles like the one in China Daily merely reinforce what is already internalized. Unfortunately, if you are one of the converted, you are liable to be disenchanted and, if you are an investor, out-of-pocket. We’ll explain shortly.

Sustainability in China is strongly linked to industrial processes and economic growth, with the Chinese continuing to work on problems that are tangible for them, such as health and safety, said Douglas Beal, partner and managing director of Boston Consulting Group International.

… Beal is glad to see the big internal discussion about climate change, air quality and green investment being carried out on the mainland right now.

… Beal believes the country’s remarkable efforts to cut dependence on coal and invest in renewable energy would help its environment base and pave the way for a more balanced economic growth. “We believe China is moving in the right direction,” Beal said.

Just yesterday, we wrote about China’s struggle to keep the air in its monetary bubble. China’s “communist” leaders have adopted the West’s central banking scheme to create radical change in their economy.

China’s leaders are also on board with such Western concepts as “sustainability.”

There’s no such thing as sustainability in an economic environment of course. Market systems are dynamic and sustain themselves through innovation and change.

The modern sustainability movement is antithetical to that. It’s also in a lot of trouble now. The whole green movement is teetering as a matter of fact because of low oil prices.

It is cheaper than ever to use oil, coal and gas. The ridiculous “peak oil” concept that we’ve spent years debunking has been shattered into a thousand pieces.

Energy is an incredibly manipulated resource. There’s plenty of energy in the world, all kinds of it.

But in order to prop up the petrodollar, Western elites did their best to ensure that most oil came from the Middle East.

In fact oil is probably abiotic and is plentiful around the world.

In the late 1800s, John D. Rockefeller sent geologists to a chemistry conference in Europe. Their instructions were not to return until they could establish that oil was biological. Rockefeller then branded oil a “fossil fuel” in order to make it abundantly clear that oil was destined to run out.

Cut to the 21st century. The Internet era has exposed elite scarcity manipulations. Perhaps because they are so well known by now, elite manipulators are not trying to hide the manipulations anymore.

The goal of arriving at a more comprehensive world government has apparently trumped oil-scarcity propaganda. The low price of oil also destabilizes the US’s current number one “enemy” – Russia.

But the main goal it would seem is to destabilize the petrodollar. Thus Saudi Arabia, once a staunch US ally, is being shaken by low oil prices in order to shatter the dollar reserve currency.

The idea apparently is to create an international currency built out of numerous currencies. The dollar must be weakened as part of this currency evolution.

The way this is being done is by making oil plentiful around the world via fracking. Fracking is an old technology, but suddenly it has arrived on the scene full-fledged, just in time to participate in Saudi Arabia’s downfall.

Such is the determination to create a global currency that the elites have been willing to destabilize not only the petrodollar but “sustainability” propaganda itself.

Wind and solar power in particular are being destabilized by low oil prices.

A Catallaxy Files article posted in late February makes the point that while the UN is “trying to organise a reaffirmation meeting in April by national leaders of the sacred emission reduction pledges they made in Paris last December, reality is moving against it.”

The collapse of energy prices is undermining the policy and shifting still further into the future the mirage of competitive renewable energy.

The disappointment of this to green advocates is a position shared by IEA chief Fatih Birol, who regrettedly said, “all the strong renewables and energy efficiency policies therefore may be undermined with the low fossil fuel prices.”

The question that will now occur to readers is twofold. First, how does sustainable energy support the move toward globalization? Second, why are elites destabilizing a movement they have worked so hard to build?

The sustainable energy movement is pro-globalization in two ways. It creates complex alternative sources of energy that are produced by huge “farms.” And it discourages the use of oil and coal that are easily acquired on a local level.

The goal is always the same: Remove power from the individual and his circumstances and circumscribe “human action.”

But pursuit of a destabilized petrodollar is also destabilizing the “alternative energy” movement. This just shows how determinedly elites are pursuing their larger, globalist goals. The green movement is being shattered on the altar of petrodollar reduction.

Please watch the Hegelian dialectic at work here. The “sustainability” movement has been built up laboriously and sustained by advantageous, government-sponsored price controls. But now that movement is being ruptured by the manipulation of oil prices.

The outcome is that most desired social evolution: chaos. Over time, the world’s economy must be ripped to pieces before it can be reassembled. That’s what is going on now. The globalist alternative energy movement is sacrosanct no more.

Remember the 1970s? Then, a whole slew of solar and wind power companies eventually went out of business. The same thing is probably destined to happen again, though for slightly different reasons.

Conclusion: If you want to invest in alternative energy, you are better off doing so on your own terms. Buy a house-sized wind or water facility and gain your profit or savings in this fashion rather than by investing in large alternative-energy enterprises. Perhaps the busts have not yet started in earnest, but if oil stays down, doubtless they will.