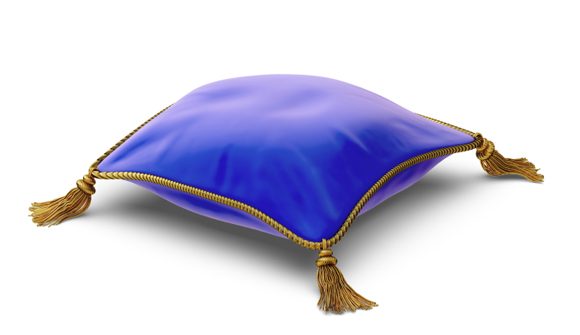 Fed's Bullard Sees Higher QE Taper Odds as Labor Market Improves … Federal Reserve Bank of St. Louis President James Bullard, a voter on policy this year, said an improving job market has increased the chances of a reduction in the Fed's bond purchases, and any cut should be modest because of too-low inflation. – Bloomberg

Dominant Social Theme: It's very complicated. It has many variables. It can be looked at so many ways. And we'll keep discussing it. And commenting on it. And speculating. Will we … won't we … will we … won't we …

Free-Market Analysis: In fact, the tapering conversation is not complicated at all.

Take a look at a picture of James Bullard sometime. The Bloomberg article carried a photo of him in front of a podium, serious and a bit truculent looking.

But in the Modern Era, the wages of success include banality. Read the following:

"A small taper might recognize labor-market improvement while still providing the committee the opportunity to carefully monitor inflation during the first half of 2014," Bullard, a supporter of record stimulus, said yesterday in St. Louis. "Should inflation not return toward target, the committee could pause tapering at subsequent meetings."

With the U.S. labor market showing signs of strengthening, the Federal Open Market Committee may start dialing down $85 billion in monthly bond buying at a Dec. 17-18 meeting rather than wait until January or March, according to 34 percent of economists in a Dec. 6 Bloomberg News survey. In a poll last month, 17 percent of economists predicted a December tapering.

U.S. employers added more workers than forecast last month, and the jobless rate fell to a five-year low of 7 percent, the Labor Department said last week. The FOMC has pledged to press on with bond buying until the outlook for the job market has "improved substantially."

"Based on labor-market data alone, the probability of a reduction in the pace of asset purchases has increased," Bullard said to the CFA Society of St. Louis.

"To the extent that key labor market indicators continue to show cumulative improvement, the likelihood of tapering asset purchases will continue to rise," Bullard said before Fed officials begin a so-called black-out period, refraining from comments on policy one-week before a FOMC meeting.

"The committee's 2012 criterion of substantial improvement in labor markets gets easier and easier to satisfy on a cumulative basis as labor markets continue to heal," he said.

… Gross domestic product climbed during the third quarter at a 3.6 percent annualized rate, the strongest expansion since the first quarter of 2012. 'Improved Substantially' … Bullard, speaking to reporters after his speech, said he may favor slowing purchases at the December meeting.

Maybe we will, maybe we won't.

And to ascertain the strength of the economy, Bullard and his noobs will parse notoriously unreliable government data.

This is YOUR economy. This is YOUR money. Presented to you by a cabal of academics that will never admit that monopoly central banking is price fixing, nor that the numbers the government gives them are always corrupt.

Jim Willie gets it. So does John Crudele. Here, according to Infowars:

It looks like the latest job report is another snow job, however, same as the one rolled out last October. "The October 2012 pre-election Non-Farm Jobs Report was falsified," writes Jim Willie. "Nothing new in following orders from the camp commandants in officialdom. The reduced jobless rate from 8.1% to 7.8% permitted the occupant of the White House to report the success of the economic recovery."

On Saturday, John Crudele, writing for the New York Post, said the latest pie-in-the-sky employment data was probably cooked up by the Census Bureau, which collects data on the unemployment rate for the Labor Department. He cites an even earlier instance of cooked books, back in 2010.

So Bullard, in the Bloomberg article, is reportedly mulling an earlier "tapering" based on numbers that have been massaged as always for political purposes.

Beyond that, the staging of these arguments is increasingly transparent and ineffective in the 21st century. In the 20th century, monopoly central banking's track record was not quite so clear-cut as today. And therefore, all the made-up terms and pompous dissertations were a bit more believable.

But today, even as monetary policy founders disastrously, Fed propagandists come up with ever more outlandish terminology to buttress the credibility of this false science.

And almost always they print too much. And almost certainly there will be no real "tapering," no matter how much the bankers speak of it.

Surely, the dialectic is obvious, just as the endless journalistic scrutiny is ludicrous. This goes for Bullard, too. He stood at a podium and said that the Fed might print less money. Or it might not. It would depend on the data.

Nobody asked him if the data were flawed. And nobody seemed to notice – at least Bloomberg didn't – how simplistic the conversation was. A dialogue with two equally nonsensical options.

It's papered-over by the pomposity of the lingo. But how long can that go on?