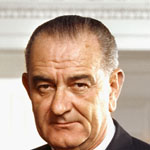 STAFF NEWS & ANALYSIS
The Federal Anything but Reserved
By - September 24, 2008

The market predicted that rates would rise, but everyone assumed that after nearly four years of low rates, the economists at the Fed would raise rates gradually over many years to soften the landing. The system was designed for this. It took over seven years the last time rates were nearly this low to get to 5%. Had the rise in rates proceeded gradually back to 5% over a four- to six-year time-span, the sub-prime mess would have been wholly averted. But of course, that is not what happened. The Fed over-reacted yet again. Greenspan left and Bernanke entered. He and his group began to raise rates, but not gradually. They yanked them up over a short period of time, starting June 30, 2006. In just two years the Fed raised the Fed Fund rate 17 times for a total increase of 4.25 %. That was one of the steepest and longest climbs in terms of net rate increase in the last twenty years. Houses were being built. Loans were being made. And adjustable rate mortgages of all kinds were suddenly untenable. A three-year ARM done in 2004 at 4.0% adjusted to 8.0% or higher. New homeowners, banks, investment bankers, investors and borrowers, found themselves on the wrong end of a bad situation. So whose fault was it? All players acted rationally, except one. The one everyone else relied upon to know what it was doing: The Federal Reserve. Now all participants are suffering, except, of course, the Federal Reserve. – Moderate Voice

Dominant Social Theme: The Fed screwed up again. When will these fellows get it right?

Free-Market Analysis: The avalanche of finger-pointing has begun and will not cease for several decades, if then. But the above excerpt is from an article that is among the best of the most recent crop, in that it actually attacks the Federal Reserve rather than "greed" or "Wall Street" or the "Bush administration." Granted, fingers can be pointed any which way, but those who read these columns regularly know that we are fond of pointing a single large digit directly at central banks. So we are encouraged – a bit.

As we start down this road today, let's make it clear one more time: we don't even have any special animus against the Fed. It is just one central bank among many, albeit the largest and most powerful. But we're equal opportunity critics. We think the system stinks because it is hard-wired to cause financial calamities.

As we have pointed out many times (we have to because others won't), central banks are price fixing entities. The elites that lead them "set" short-term interest rates at a certain level based on … what? Even Alan Greenspan, certainly the most free-market oriented of Fed chairmen (an oxymoron to be sure) admitted several times famously that he had no reliable indicators as to where and when to set rates. This was an honorable admission because it was true. Greenspan's early term in office was a constant confessional about how he was trying and failing to find a market indicator that would give him a hint as to where to set interest. Was it gold? Commodities? Monetary measures?

He availed himself of all of them before, finally, about 2002 ceasing to speak publicly of it quite so much. Perhaps he was just worn down. Perhaps a little birdie told him to "stuff it." In any event, Fed rate setting is forecasting, predicting where the economy is going to go and getting there first. This is impossible to do, for only the free-market knows – and it is not telling, not in advance anyway. Greenspan admitted it. Bernanke has not.

So is the current catastrophe "on Bernanke" – current Fed chairman Ben Bernanke – as the above article seems to point out? Of course not! Sure, maybe Bernanke did do a lot to cause it, but if not Bernanke, then likely someone else would have screwed up. Or is the implication just that the selection process has to be better and the methodology more precise?

But how is that possible? What exactly makes a "good" Fed chairman and how do you pick one? Aren't we better off asking American administrations, "why do you depend on such a crazy system anyway?" After all, it is one that virtually puts the fate of the most powerful nation state in the hands of various, bearded or non-bearded academics who have as much real-world experience with finance as a journalism professors often have with real-life reporting (little or none).

Now, we don't mean to pick on this article, which has much to recommend it. In fact, the great "free-market" economist Milton Friedman made a living criticizing the Fed along just these lines – constantly suggesting ways that it could be improved if only the human element could be removed from the equation.

Of course even this tiny, brilliant Nobel prize winner could not answer the central question – how is it possible to predict rates and anticipate them? We actually have a theory that Friedman wrote huge books and impermeable economic treatises because he was scared to write more clearly lest readers discover he was talking around the real points (as regards central banking, anyway) rather than making them. He wrote about the Fed endlessly; how it made mistakes, how it ratcheted up rates and virtually caused the Great Depression, how it was prone to overshoot or undershoot when setting rates and printing money, how it caused bubbles, etc. etc.

The only thing Friedman never did to the best of our knowledge as to call for the abolition of the central bank as corrupt, inconsistent and fraudulent. Yet that is the crux of it, isn't it? Take the above excerpt. Again, we learn that a powerful central banker has made mistakes. And what mistakes! It didn't take Bernanke more than two years, we learn, to set off the greatest crisis of the last 70 years. Here's a laundry list, also excerpted from the above article:

1. ARMs adjusted too much, causing unrecoverable pain for millions of borrowers.

2. Excited first-time homeowners could not pay their loans and defaulted.

3. These people were now worse off than before.

5. Combined with the glut of newly constructed houses, the decline in demand caused housing prices to level off or fall.

6. Home builders could not sell their home inventories; many defaulted and declared bankruptcy.

7. Individuals could not refinance.

10. Consumer spending decreased, sending the economy into a tailspin.

11. Investors panicked and refused to purchase any kind of ARS at the auctions.

12. Investment banks could not purchase everything and the auctions failed. The only way for investors to sell, and get their cash back, was gone.

13. Accounting-rule changes required de-valuing these assets on balance sheets, and corporations were forced to restate financials.

15. Lawyers filed lawsuits to figure it all out.

Really, that's the trouble with such articles, and, yes, there will certainly be more of them. We enjoyed it because the analysis pointed in the right direction. But we were disappointed because having made all the proper points it refused to come to the right conclusion. (By that we mean the one that agrees with us.) Here is the conclusion:

And now Congress is being asked to grant the Executive Branch/Treasury expanded powers. It's a completely anti-Republican action by a Republican administration. Perhaps they should go back to basic, free-market Republican economics and try again.

And, again, that means … what? Never mind that American Republicans have as much in common with a free market as a man in a monkey suit has with a gorilla. Never mind that it is impossible in life and finance to have a "do-over." And even if the administration could go back to basic free-market economics, the article seems to imply that it would finally have a better grip on how to run the Fed – but would it? How much was ignorance, and how much was … something else.

Thanks to the Internet there are plenty of articles that do "get it" – and the "Net will continue to be a good source of honest information and credible opinions. But we also believe that the righteous voices of honest money will have to struggle to be heard through the din of sophistries, the articles and grave tomes of paid agents of the status quo. These latter magazine articles, squibs, blogs, books, videos, etc., will try endlessly and energetically to pin the blame on anything and everything but the central banking mechanism itself. They will simply never, ever explain how a dozen or so individuals meeting in a room can even conceive of "running" a US$12 trillion economy. But unless the right questions are asked, the right answers will never be reached. We are doomed to voyage on this merry-go-round endlessly. Ugh.