STAFF NEWS & ANALYSIS
The king of Ponzi schemes was an amateur compared to this
By Joe Jarvis - September 05, 2019

Ten years ago, a man was forever separated from his $40,000 slippers.

Posing as an investment firm for decades, Bernie Madoff’s company defrauded thousands of investors out of their money.

In 2009 Madoff was sentenced to 150 years in prison for running the $64 billion Ponzi scheme.

That is considered the largest financial scam in US history, and the largest Ponzi scheme in world history… but that’s not exactly true.

The US government’s method of providing retirement benefits is an obvious Ponzi scheme.

Social Security depends on at least 2.8 workers to pay the benefits of every one retiree.

That would require an ever-growing population to support retirees. In a pyramid scheme, the base layer always has to expand to cover the smaller layer above it.

Back in 2009, the Social Security Administration thought its scheme would go strong until 2039, when the trust fund would run out. Now that doom’s day estimate is down to 2034.

More people than ever depend on Social Security to make up a large portion of their retirement income. 64 million people now collect, up from about 55 million a decade ago.

Among the elderly, one-fifth of married couples and almost half of unmarried persons depend on Social Security for 90% of their income.

We are talking about tens of millions of people severely affected by an upset in the Social Security structure… an upset we know for a fact will become reality by 2034 at the latest. 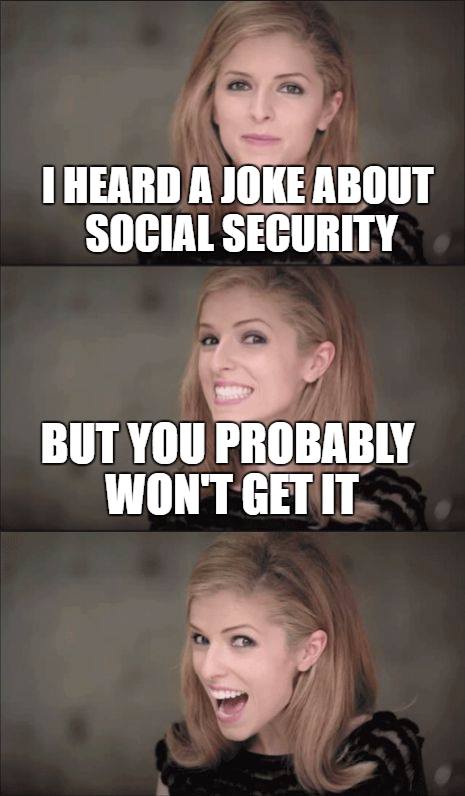 This isn’t a few thousand people who lost their investments to a scam.

This is most of America’s elderly who will lose most of their retirement income, because of the faulty government Ponzi scheme.

Bernie Madoff had actually been investigated by the SEC multiple times before he was caught. Some investors had been raising the alarm for a decade already by the time he was arrested.

No one is going to be arrested for this massive fraud on US retirees, but we can at least raise the alarm.

And the right way to respond is to not be part of that large pool of Americans who rely almost entirely on Social Security for their retirement.

It’s time to start saving and investing on your own.

For people with side or self-employment income, consider a solo-401k. There you can stash away way more pre-tax income compared to other structures, plus invest where you want, including physical gold and rental property.

The younger you are the surer it is that Social Security won’t be there for you. But the good news is, that’s more time to plan, save, and invest.

Just learning a little bit about investing could up your personal retirement funds by six figures. That is a pretty good return on the time it takes.