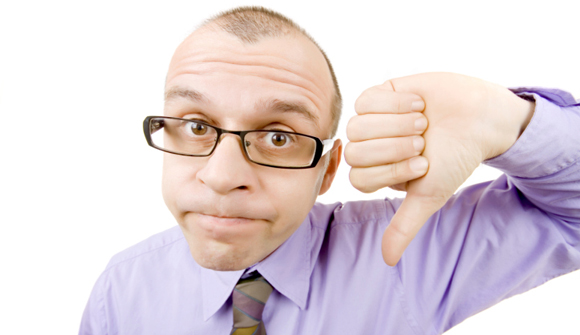 JP Morgan sees 'most extreme excess' of global liquidity ever … If you think there is far too much money sloshing through the global financial system and causing unstable asset booms, you are not alone. A new report by JP Morgan says the bank's measure of excess global money supply has reached an all-time high. "The current episode of excess liquidity, which began in May 2012, appears to have been the most extreme ever in terms of its magnitude," said the report, written by Nikolaos Panigirtzoglu and Matthew Lehmann from the bank's global asset allocation team. They said the latest surge is far beyond anything seen in the last three episodes of excess liquidity: 1993- 1995, 2001-2006, and during the Lehman emergency response from October 2008 to September 2010, all of which set off a blistering rise in asset prices. – UK Telegraph

Dominant Social Theme: Lots of liquidity but we'll muddle through.

Free-Market Analysis: Just in case there was some doubt about the amount of monetization going on, we present this report by Ambrose Evans-Pritchard via the UK Telegraph. "The most extreme excess of global liquidity ever," JP Morgan tells us. That's a significant statement.

We've written a series of articles about this berserk liquidity episode, and we've also pointed out that when this kind of money is piling into assets, those assets can go up and down fast.

Over time, The Daily Bell stands ready to provide insights and we'll continue to do that, generically or specifically. We took some time off to recalibrate and when we returned we focused on the "Wall Street Party" that was being organized. No doubt, as this article points out, "they" will sell into the rallies. But given enough time, certain individuals will do well. It will be a matter of product, opportunity and timing.

Here's more regarding both current liquidity and eventual "tapering" …

The bank says there is enough juice to keep the boom going for several more months, but it stores up bigger problems for later. "It could be a warning if fundamentals are out of whack. Markets could be vulnerable next year if that liquidity starts to disappear," said Mr Panigirtzoglu.

… Mr Panigirtzoglu said there is an internal credit boom in emerging markets that is running in parallel to QE in the West. My guess is that China has accounted for a fair chunk of the latest growth since it has reverted to excess credit yet again, shovelling loans at the state behemoths, hoping to squeeze a lit more juice out of that exhausted catch-up model.

… Money has been pushed out into Asia, Latin America, and Africa, but this can be overstated. Determining levels of excess money is no easy task. The devil is in the detail. JP Morgan measures "broad liquidity" held by firms, pension funds, households (etc) as well as banks. They say correctly (a crucial point often missed) that QE bond purchases from banks do not necessarily boost the broad money supply.

You have to buy outside the banks. In very crude terms, excess liquidity is the gap between "money demand and money supply". When confidence returns, demand for money falls, so it finds a home elsewhere in stocks, property, and such.

If JP Morgan is right, you can see why the BIS, the IMF, and Fed hawks are biting their fingernails worrying about the next train wreck. There is clearly a huge problem with the way QE has been conducted.

The wash of money has set off another asset boom, yet the world economy has failed to achieve "escape velocity", and is arguably still in a contained depression. Global trade volumes contracted by 0.8pc in August. (It would have been a lot worse without QE of course, though we can never prove it).

If we ever need more QE it should go straight into the veins of the economy by direct deficit financing of big investment projects (fiscal dominance) and damn the torpedoes, and the taboos. Just print money to build houses for the poor, and solve two problems at once.

You see? There's a horrible amount of money printing going on. But Evans-Pritchard won't stop there. As usual these days (and despite his perceptiveness), he has donned his Keynesian cap, admitting that monetary stimulation has been a failure and demanding that if more is to be accomplished, the government itself simply ought to start financing "big box" projects.

No doubt, we're not just talking about houses but also infrastructure – dams, tunnels, highways, sewers, etc. Evans-Pritchard is too honest to wholly adopt the perspective that there really is a recovery – he uses the "D" word as in "depression" – but if he wants to keep his gig he apparently has to advocate some sort of further government intervention.

Nonetheless, we sense a certain lack of conviction here, and for good reason. Now, it's true that Obamacare in the US has restructured one-sixth of the US economy virtually overnight but please note that the private sector is still intimately involved. It is the insurance sector that is participating in Obamacare exchanges and providing monetization and services.

This is no single payer system that has been implemented, and for good reason. The resistance would have been extreme and would have come from a variety of sectors and industry groups.

President Obama did, in fact, try a little bit of industrial pump priming during his first four years, but that seems to have trickled away … accompanied by articles estimating that every job created via government support had cost upwards of hundreds of thousands of dollars.

It is questionable, in fact, how much good FDR's initial pump priming really did. There have been books written questioning whether the combination of additional regulations, price fixing, tariffs and huge make-work projects did more harm than good during the Depression.

Theoretically, a government could simply print money and hire people to sit at desks or even at home not doing anything. But culturally that would be a disaster and over time inflationary pressures would ruin any progress that had been made in terms of employment. Also, the economic distortions of paying people to do virtually nothing build up over time, causing further complications later on.

So what does this article tell us? It confirms that the money dumping going on now is unprecedented. It also supports our contention – Evans-Pritchard admits as much – that the current printing programs have not yet ignited the private sector from an industrial standpoint.

Like a dutiful Keynesian, Evans-Pritchard calls for yet more money printing, this time directed into government make-work. But such arguments only emphasize the essentially unserious nature of Keynesian economics.

Taken to its extreme a Keynesian economy can consist of a central bank printing money and a government distributing it to non-working adults until gradually and mysteriously the economy "recovers." Granted, Keynes did not suggest that this was an optimal situation or one that should last for long.

But lately we've been cataloguing the places where this sort of insanity is showing up. It is surely an indication of the basic intellectual bankruptcy of the West that its leading publications and best minds are constrained to offer these sorts of dominant social themes.

Society has been all but ruined by the relentless pressure of central bankers to justify their failed and illiterate paradigm. Fortunately, there is what we call the Internet Reformation and the free-market economics it has presented to an ever-growing audience.

The initial key is to recognize what is false and what is not. And to recall the New Deal was a non-starter then as now.