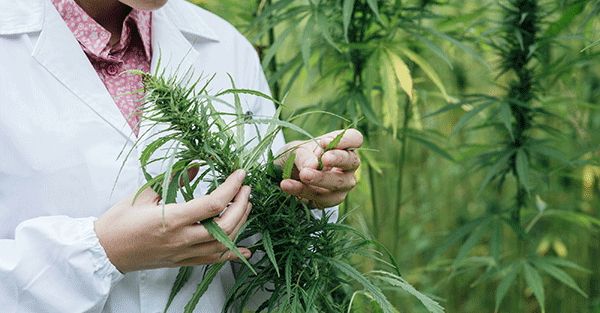 He wanted to capitalize on an emerging trend that was called the “Information Superhighway” back then, what we now know today as the Internet.

Cadabra was an early ‘dot-com’ company. But as more and more people started accessing the Internet in the mid-1990s, the number of dot-com companies exploded.

Before long, there were countless entrepreneurs raising billions of dollars and taking their dot-com companies public.

Most of these companies were losing tons of money and had no hope of ever turning a profit.

But investors didn’t care. The Internet was the next big thing, and the stock prices of even the stupidest dot-com companies were soaring to record highs.

The bubble eventually burst. Investors collectively lost more than $5 trillion as the share prices of dot-com companies plummeted. Most dot-coms went out of business altogether.

Cadabra was one of the few dot-com businesses that survived the crash. But by then, of course, it had already changed its name to Amazon.

This is the nature of just about every major emerging investment trend.

It starts in a quiet stealth phase where only a handful of people even know the opportunity exists.

It then slowly builds momentum as savvy investors and fund managers catch on. And then it eventually becomes mainstream and turns into a giant frenzy.

At the end of the cycle, sanity is finally restored, and a handful of Phoenixes rise from the ashes.

That’s what happened with the dot-com bubble. And we saw this play out recently with crypto as well.

Ten years ago, nobody even knew what Bitcoin was. Only a handful of very technical people had heard of it, let alone understood it.

Over time, as the price of Bitcoin grew and as more people started learning about it, crypto became mainstream.

Retail investors piled in and bid crypto prices up to record highs. And soon after, the market collapsed by 80%, wiping out countless phony crypto businesses that had no chance of success.

Yet there are a number of crypto companies that did survive the crash– companies which are presently working on financial technology that could radically change the way we do business.

There’s been a thriving black market in cannabis for as long as anyone can remember.

But several years ago a nascent industry was born based on an emerging legalization trend in places like Colorado and Canada.

Tons of companies started applying for government-issued licenses to cultivate and sell cannabis, and investors threw billions of dollars at these businesses.

Many cannabis companies even went public, commanding market valuations as high as $15 billion.

But that bubble has started to burst; some of the biggest players in the industry have seen their share prices decline by as much as 80% after releasing pitiful financial results.

Just like any other bubble, many of these companies are going to get wiped out. They’ve spent the last few years creating hype, rather than working diligently to build a real business.

And the cannabis industry undoubtedly comes with additional complications.

Think of it like flying from New York to London; consumers just want a cheap ticket and don’t really care whether they fly British Airways, Delta, Virgin, etc.

Buying cannabis is not like buying Gucci bag where consumers are willing to fork over a LOT more money specifically to own that brand.

People just want good quality and a great price, regardless of who grows the product.

Commodity businesses are highly competitive and tend to result in price wars. It’s great for consumers, but it squeezes profit margins for the producers.

It’s even worse in the cannabis industry, because there are still plenty of unlicensed (illegal) producers out there who don’t have to jump through the same regulatory hoops.

This means that the illegal producers can offer their products cheaper, taking revenue away from many licensed growers.

But there will be Phoenixes rising from the ashes of this bubble as well.

I’ve seen a number of headlines lately about the ‘death of cannabis,’ which to me is totally ridiculous.

The Internet didn’t go away after the dot-com bubble burst in 2000. Neither did Blockchain or Distributed Ledger Technology vanish after the crypto crash of 2018.

Cannabis isn’t going away either.

This is an enormous trend with hundreds of millions of consumers worldwide. And big corporations in a variety of industries– tobacco, biotech, beverages, consumer products– want a piece of this.

It’s not just recreational use. Non-psychoactive CBD oil has an astonishing number of consumer applications, from anti-aging to physical therapy to cancer treatment.

And once sanity has been restored, some clear winners will emerge… companies with credible, profitable, long-term visions who have been building professional, scalable businesses with low-cost, consistent, high quality production.

The “low cost” part is critical. The key to being profitable in a commodity business is high quality, inexpensive production.

Canada, Colorado, and California are incredibly expensive places to grow cannabis (not to mention the Netherlands and Luxembourg).

So the handful of fully licensed companies who are legally producing high quality product in low cost equatorial regions in Latin America have an enormous advantage.

Most likely the ‘Cadabra of cannabis’ already exists. It’s going to survive this burst, and go on to thrive.

And the enormous potential in the cannabis industry is definitely not going away. It’s just getting started.

So this is definitely an investment trend worth paying attention to– and in some respects, it’s on sale right now.