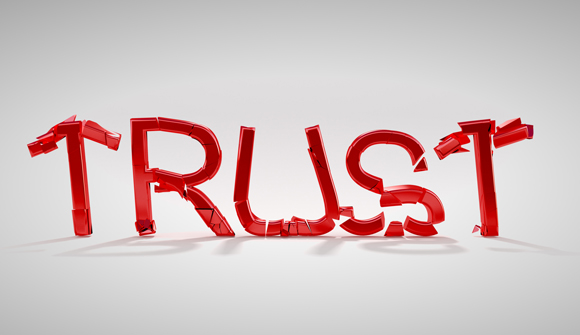 STAFF NEWS & ANALYSIS
The ‘other’ deficit is near an all-time high
By Simon Black - September 29, 2021

It’s only Wednesday, and yet it’s already been a terrible weak for America’s record-setting deficit.

And no, I’m not talking about the country’s record-high fiscal deficits, which include the eye-popping $50+ trillion Social Security shortfall, and the $28.5 trillion national debt.

I’m actually referring to an even bigger deficit– one of the biggest the country has ever faced.

It’s larger than the national debt, the Social Security shortfall, the COVID bailouts, and just about every financial deficit combined.

I’m talking about America’s trust deficit… the massive chasm of skepticism and doubt that stands between the citizens and their once-venerated institutions.

Just over the last few weeks, for example, we saw the disgraceful retreat from Afghanistan, followed by even more disgraceful finger-pointing that really widened the trust deficit.

Hunter Biden’s dad insisted that the intelligence community advised him that Afghanistan would NOT fall to the Taliban.

Then suddenly a number of classified documents were leaked showing that various intelligence agencies had warned about a Taliban takeover.

Hunter Biden’s dad then insisted that ‘the generals’ were all on board with a complete withdrawal of US troops from Afghanistan by August 31.

But the generals themselves publicly disputed his assertion.

The lies are bad enough. But it’s the constant bickering, finger-pointing, and illegal leaks of classified information that make the trust deficit grow.

Two weeks ago we also saw revelations that Facebook has been lying to everyone; senior officials, going all the way to the top of the company, knew fully well that the company was selectively allowing certain personalities to violate content guidelines and post whatever they wanted.

Facebook has told everyone– its users, Congress, and even its own oversight board– that it treats all users the same.

This was a bold-faced lie. Ironically, as a I wrote a few weeks ago, these liars are the same people who get to decide what content you and I are allowed to post, and what we are allowed to see.

And it constitutes a massive betrayal of the public trust.

This week America’s trust deficit has widened even further.

One of them was a voting member of the Fed’s 2020 ‘Open Market Committee’, the body that voted to print trillions of dollars last year to support financial markets. So he directly benefited from his vote.

Despite resigning, however, neither admitted any wrongdoing… or even acknowledged why anyone would have a problem with such an obvious conflict of interest.

Also this week, The Wall Street Journal published another investigative report showing that 131 federal judges had illegally presided over nearly 700 court cases in which they had clear conflicts of interest.

Judges are required by law to disqualify themselves if they (or a family member) have a financial interest in a case.

And yet the Journal’s investigation showed hundreds of instances in which judges did not recuse, even when a financial conflict was clear.

According to the report, one judge (who had 36 different violations on his own) simply said he “never really paid much attention” and “wasn’t familiar with the ethics law.”

Others blamed their Court Clerks. Or the software that’s supposed to check for financial conflicts. Or “flawed internal procedures”.

Just like the Federal Reserve resignations, and the Afghanistan debacle, it’s bad when officials in such high positions make mistakes. But the occasional mistake can be forgiven.

And that’s what we’re seeing here– a pattern of extreme incompetence, desperate finger-pointing, and callous disregard.

This all makes it very difficult to have confidence in these institutions.

And yet the leadership doesn’t seem to notice or care; they still demand unquestioning trust and obedience from the public. They’re so out of touch they don’t even understand the skepticism.

They still expect people to believe that the government never lies. Bureaucrats never screw up. The media never manipulates the truth. Central bankers are infallible. The experts never get it wrong.

Anyone with half a brain knows the truth. And that’s why the trust deficit is at a record high.

Now, I said earlier that this trust deficit is bigger than all the public finance deficits combined. And that wasn’t hyperbole.

Clearly these massive fiscal holes are an enormous problem. But without trust, they are completely unfixable. History is very clear on this point.

The ancient Romans had terrible fiscal problems as far back as the late Republic, including a major debt crisis in the first century BC.

Yet even with enormous fiscal challenges, Rome still persisted for centuries. And a large part of that was because citizens still maintained a basic trust in their government. As that trust waned, so did Rome’s stability and prospects.

And it was at that point that the Western empire became a corpse waiting for a coffin.

You can see similar examples throughout history: when you have trust, you can survive. You can rebuild. When you lose trust, you lose the nation.

I don’t believe the US is at this point just yet. But the trust deficit is obviously extreme.