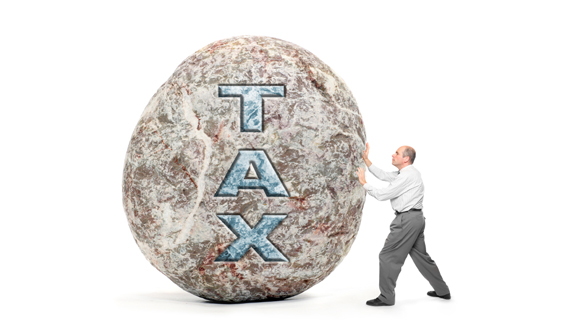 You would think New Jersey would have learned its lesson…

Tepper, who personally earned more than $6 billion from 2012-2015, was tired of paying New Jersey’s top income-tax rate of 8.97% for the 20 years he lived there, in addition to the country’s highest property taxes, the estate tax and inheritance tax.

By moving to Florida, a state with ZERO income tax, Tepper stood to save hundreds of millions of dollars each year. And, as an added bonus, he’d be living in the Sunshine State.

Anyone with some common sense would have at least acknowledged the possibility that a guy like Tepper would consider moving to save a few hundred million bucks.

But New Jersey, content on milking its ultra-wealthy for tax revenue, was caught completely by surprise.

And Tepper’s departure left an enormous hole in its budget.

Think about that: the departure of literally ONE person caused big problems for New Jersey’s budget.

And Tepper wasn’t the only one leaving…

According to the New Jersey Business and Industry Association, the State of New Jersey lost a whopping 2 million residents between 2005 and 2014, earning a combined $18 billion in net adjusted gross income, i.e. income that would have been taxed by the state.

So it’s not just the masters of the universe that are tired of paying sky-high taxes. It’s also the regular wage earner and small business owner.

60% of these folks went to Florida, with a state income tax of zero.

So the message from New Jersey’s residents (well, now former residents) is pretty clear: taxes are too high.

Now, what do you think New Jersey is doing to solve this problem?

Instead of making the state friendlier to productive people and businesses, New Jersey decided to RAISE taxes on the sad saps that remain within its borders (for now).

And the corporate rate on businesses with more than $1 million in net income increased from 9% to 11.5%.

(Proportionally, that’s a potentially 27% increase in the amount of tax a business might pay.)

The tax hike will give Jersey the fourth-highest marginal income tax rate on individuals and the second highest corporate rate after Iowa.

It’s the exact opposite of what New Jersey should have done.

Sadly, New Jersey is not alone in chasing away its citizens.

And people are likewise fleeing the People’s Republic of California– and its top marginal tax rate of 13.3%– in droves.

Lots of them are landing in Texas (another state with no income tax)… an average 60,000 Californians left for Texas every year from 2011 to 2015.

Any government trying to keep their productive, high-earning residents from leaving by raising taxes is absolutely foolish.

On the other hand, you have Puerto Rico…

In order to attract more productive residents, Puerto Rico enacted a number of incentives including Act 20 and Act 22, which allow eligible business to pay a 4% corporate tax rate and individuals to pay ZERO taxes on capital gains and dividends, respectively.

We recently hosted our Total Access members (our highest level of membership) at an event in San Juan. The Secretary of State, the Secretary of Economic Development and Commerce and several other top government officials spent the day with us.

You can read more about the event, and Puerto Rico’s incredible incentives, here.

(Puerto Rico’s incentives are enormous, so I strongly encourage you to consider the option. To give you an example, I will easily save more than $10 million in tax due to these incentives. And it’s all 100% legal.)

No surprise, these generous tax incentives are working.

The Secretary of Economic Development and Commerce told us tax incentive applications are up more than 100% year over year. And it’s just getting started.

The normal route, as we saw with New Jersey, is to keep squeezing until they’ve chased out all the taxpayers. Governments have done this for thousands of years, even before the Roman Empire.

But New Jersey will soon learn that its residents aren’t tied to the land like medieval serfs in the feudal system. Governments still have this antiquated view, but it’s no longer valid.

And those who want to legally avoid federal income tax can move to Puerto Rico.

Most other nationalities, including Canadians, Brits, Australians, etc. can also legally avoid their home country’s income tax by relocating overseas to a place like Panama or BVI.

And given how interconnected the world is, relocation needn’t cause any significant problems for a business.

It’s 2018. Businesses can exist entirely online. You can earn your money while living in one place, servicing clients in another, and outsourcing to workers in another.

And, if need be, you can always get on a plane and find yourself on the other side of the planet tomorrow morning for a face-to-face meeting.

This is the world we live in. We’re no longer medieval serfs. We have options.

It’s pretty sad that Puerto Rico is one of the only places to have figured it out.

To be fair, Puerto Rico did have to hit rock bottom financially before making this drastic change.

But I’d guess that New Jersey won’t be far behind.