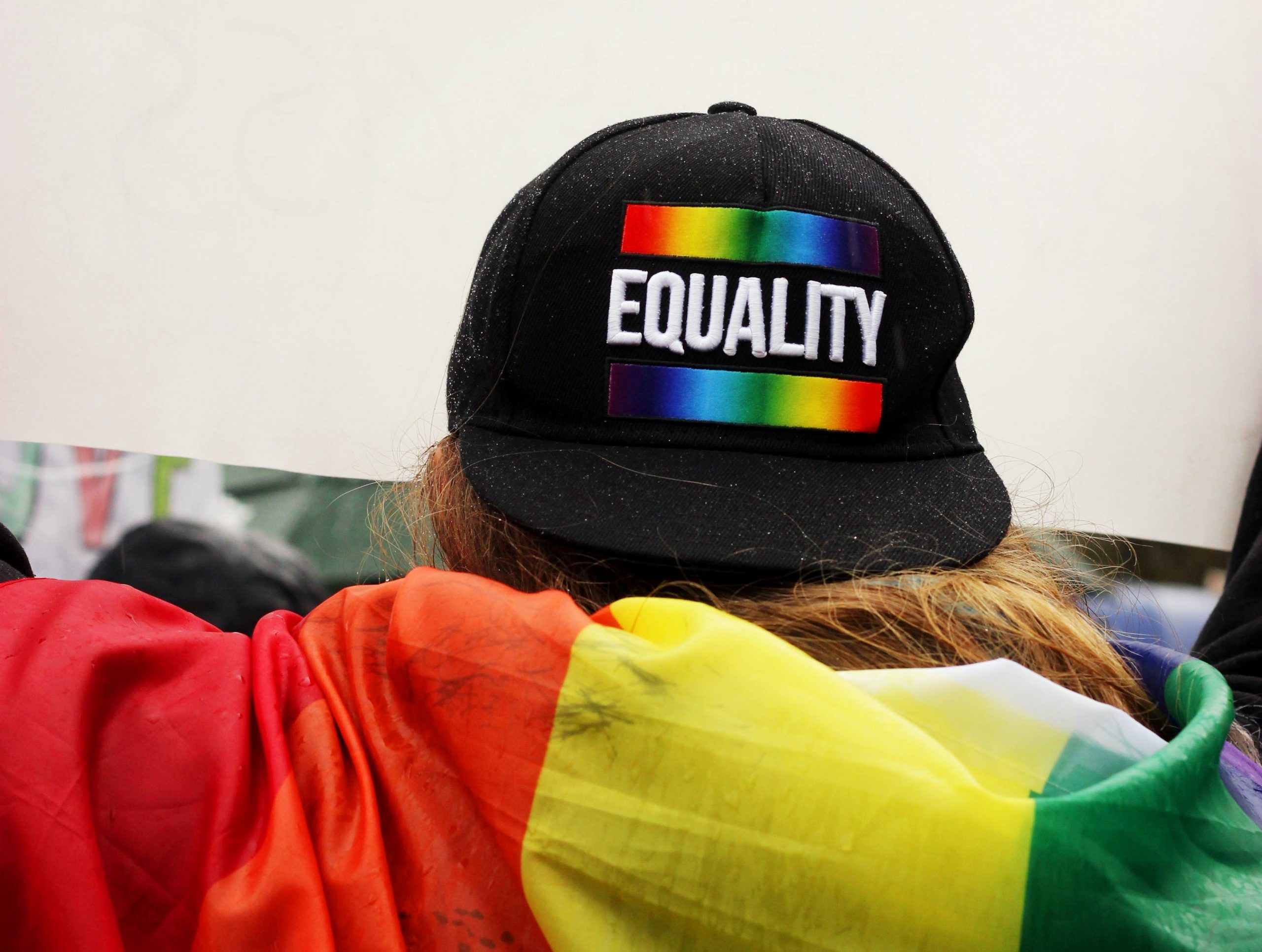 Self-styled “social justice” activists are (super hairy, unshaven) wolves in sheep’s clothing who believe in neither equality nor justice.

What they do believe in is the awesome power of social engineering to achieve LGBTQ+++© hegemony. Co-opting the language of classical liberalism is merely a cynical tactic to suck well-meaning bleeding hearts into their cult.

SJWs weaponize the West’s unique openness to social deviancy. They slip their fascistic agenda through the cultural firewall via the Trojan Horses of “diversity” and “tolerance” – the West’s weak point. 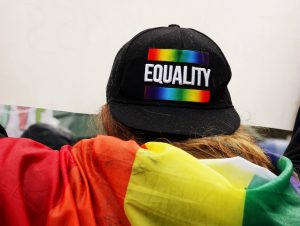 “So in war, the way is to avoid what is strong and to strike at what is weak.”
-Sun Tzu, The Art of War, Chapter 6

We’ve previously documented the epidemic of LGBTQ+++© doublespeak, in which activists and corporate media present mutually exclusive narratives. The intended effect is to induce compliance with the “transgender”/transhumanist agenda by confusing and arresting their critics’ mental faculties.

When they can’t win an argument on the merits, using logic and appeals to morality, they resort to underhanded rhetorical tricks to stultify and silence their opponents.

This phenomenon manifests in multiple ways, including portraying and celebrating the LGBTQ+++© “community” as “marginalized.” They demand all the benefits of recognition as a subversive, exotic outside group bravely challenging the establishment patriarchy or whatever.

At the same time, they also want to claim all the benefits of being the dominant culture. They insist on hiring quotas in the economy and representation quotas in mass media.

Straight people, the left argues, shouldn’t even allowed to portray fictional LGBTQ+++© sacred persons in media. Those roles are reserved for the new royalty.

If we look at what’s become of Western culture in a half-decade, we should take this axiom to heart: give an inch and they’ll take a mile.

In 2022, Canadian PM Justin Trudeau declared via an official government Twitter account that “Pride Month” had been extended to “Pride Summer.”

Soon it will be “Pride All the Time, Everywhere.”

1 month isn’t enough to celebrate Pride in Canada!
🌈🏳️‍🌈🏳️‍⚧️ #PrideSeason takes place from June to September with local events across the country celebrating the resilience and spirit of #LGBTQ2 people in Canada. Follow us as we highlight Pride celebrations all summer long! pic.twitter.com/HY0uzXfO1Q

The culture is fully saturated.

You can barely stream a Netflix show or open a corporate media magazine without getting slapped in the face with LGBTQ+++© propaganda glorifying the “trans” lifestyle. 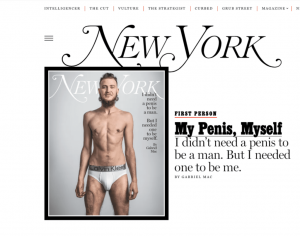 Everyone knows, of course, that only the most “marginalized” groups get cover photos and feature stories in the most prominent publications in the world.

None of this is about tolerance, acceptance, or recognition: the point is dominance by way of hostile cultural takeover – at the barrel of a state gun, if need be.

Consider the following series of events:

A British man posted a meme of Pride© flags arranged as a swastika.

Some anonymous transgender on the web was allegedly offended.

UK police promptly showed up at the man’s house to prove his original satirical point by arresting him for “malicious communications.”

“Someone has been caused anxiety based on your social media post. And that is why you’re being arrested.” British policing, 2022. pic.twitter.com/D4MZhbXq08

We previously documented a British bank essentially forcing its employees to wear “pronoun badges” on the job like an albatross. But we didn’t elaborate on the social engineering purpose of the exercise.

The purported goal of hanging pronoun badges around every worker’s neck, of course, is “equality” and “tolerance.”

The actual goal, however, is to stratify employees by sexual orientation/identity. Workers who wear the trendiest pronouns, no matter how absurd, that obviously don’t match their outward appearance will be treated as royalty while the cisgender scum whose pronouns match their appearance will serve as the underclass.

Heteronormative Bob from accounting with the nuclear family is headed straight to the bottom of the totem pole.

Social psychologists have long understood what happens when you divide and classify groups of humans into in-groups/out-groups based on arbitrary characteristics.

To demonstrate the detrimental effects of racism, in the aftermath of MLK Jr’s assassination, a third-grade teacher in Iowa conducted a classroom experiment. She separated her students by eye color and documented the Lord of the Flies-style degeneration that ensued:

“On the first day, the blue-eyed students were informed that they were genetically inferior to the brown-eyed students. Elliott instructed the blue-eyed kids not to play on the jungle gym or swings. They wouldn’t be allowed second helpings for lunch. They’d have to use paper cups if they drank from the water fountain.”

The same essential process worked itself out in 1930s Nazi Germany, in Rwanda between the Hutus and Tutsis in the 90s, between the Shiites and Sunnis in post-Hussein Iraq, and literally countless other examples.

Children understand intuitively how complex social games work, to a much greater extent than they get credit for. When a child’s teacher or parent recruits him into the “community” — which requires no real effort other than declaring new pronouns — he gains de facto immunity from criticism by using his new “marginalized” identity as a shield. At the same time, he gains greater social status.

It’s all upside, no downside – at least in the immediate calculation.

Of course, research shows that the vast majority (potentially exceeding 90%) of children who struggle with gender identity go on to overcome their issues in adulthood.

Hence the coming tsunami of “detransitioners” – individuals who were mutilated/medicated before their lives ever really started to treat “gender dysmorphia” and lived to regret it.

Because they have no moral core, though, LGBTQ+++© activists and the corporate media will accuse detransitioners, just like anyone who challenges their religion, of “transphobia.”

And no cult treats anyone more vengefully than a former prisoner/member who flees the plantation.