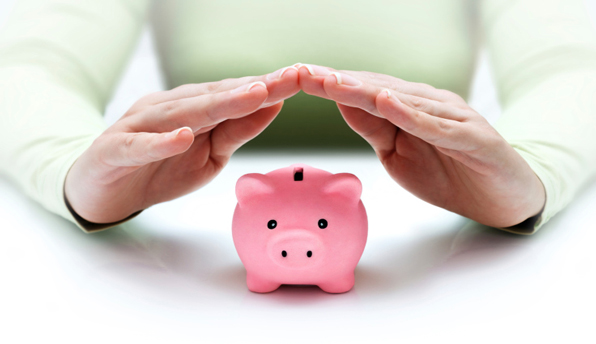 I arrived home late last night back to Puerto Rico after a wonderful, 2-day event with our Total Access members this weekend.

Luminaries like Ron Paul and Robert Kiyosaki joined me on stage, and as you can imagine, we spent a lot of time talking about the trends in western civilization– inflation, social conflict, supply chain disruptions, etc.

We also spent a fair bit of time talking about taxes, given that lawmakers in the Land of the Free are presently bickering about whose taxes to raise, and by how much.

Some of these tax proposals are downright mystifying.

This is completely bizarre when you think about it– the politicians who came up with this idea (i.e. Comrade Bernie Sanders) love to dump all over Wall Street.

Yet by taking away the ability for IRAs to buy private assets, Bernie would force millions of Americans to invest all of their retirement funds with the very same Wall Street banks that he claims to hate.

So basically we have a Socialist who is engineering more business and more fee income for Wall Street’s biggest banks. Weird.

On top of this, there are proposals in the legislation that could be considered clinically insane, if you take the definition of insanity to be trying the same thing over and over again while expecting a different result.

The proposal to jack up capital gains tax is an obvious example.

The same thing happened in the late 1980s; capital gains tax rates were increased from 20% to 28%.

The real irony here is that the top capital gains tax (not including the Obamacare surtax) is currently 20%. And they are proposing to raise this rate to 28%.

It’s literally a repeat of 1987 all over again– raising capital gains rates from 20% to 28%. The historical outcome is clear: capital gains tax revenue fell by more than HALF.

And yet these people still think this is a good policy idea!

They fail to understand a very simple lesson: when you change capital gains tax rates, investors merely change their behavior. Duh. And there are always plenty of ways to beat increases in the capital gains tax.

One obvious effect is that tens of thousands of tax refugees will come here to Puerto Rico, where the local government has incredibly generous tax incentives for business owners and investors.

US citizens who live in Puerto Rico are subject to 0% tax on qualifying capital gains; they pay no Puerto Rican tax, and they are not subject to US federal income tax either.

Another effect is that many investors will simply choose to NOT sell, especially if they’re holding ‘bankable’ assets like real estate, cryptocurrency, and stocks, i.e. assets that banks will accept as collateral for loans.

Interactive Brokers, for example, will currently make margin loans to its investors (secured by the investor’s stocks and bonds) at rates as low as 0.75%.

When you can borrow against your assets for just 0.75%, why bother selling at all, especially when the alternative is paying 28% to Hunter Biden’s dad?

Plenty of people do this already; Elon Musk famously borrows heavily against his Tesla stock.

He doesn’t actually sell his stock, so there’s no capital gains tax. And because loans are not considered income, he doesn’t owe income tax either.

In effect, Elon can monetize the gains in his Tesla stock without having to pay a penny in tax.

The real irony of this strategy is that, if they really pass a significant capital gains tax increase (even though it’s a historically bad idea), it might drive asset prices even higher.

I explained this to our audience this weekend: if people stop selling their assets because of a tax hike, then there will be fewer stocks, less real estate, less crypto, etc. available for sale.

And with a lower ‘supply’ of investments in the marketplace, the people who want to buy those assets will have to pay a higher price.

So in effect, the tax increase could engineer LOWER tax revenue, but MORE gains for investors. Totally insane.

I also told our audience this weekend that politicians would eventually figure this out… and as a result, they’ll pass a wealth tax some day.

The idea would be to tax people based on the unrealized gains of their assets, i.e. stock, real estate, crypto, etc. that you haven’t sold.

It turned out that “some day” was yesterday.

By the time I landed last night in Puerto Rico, Nancy Pelosi had already announced that they would add a “billionaire’s” wealth tax into their new legislation.

This is how it begins– they propose taxes to milk a certain portion of the population. And then slowly, over time, it grows to affect millions upon millions of unintended victims.

The Alternative Minimum Tax is a great example; it was originally passed to tax just a handful of people in 1969. Today it hits tens of millions of taxpayers.

It would be foolish to assume a wealth tax will be any different.