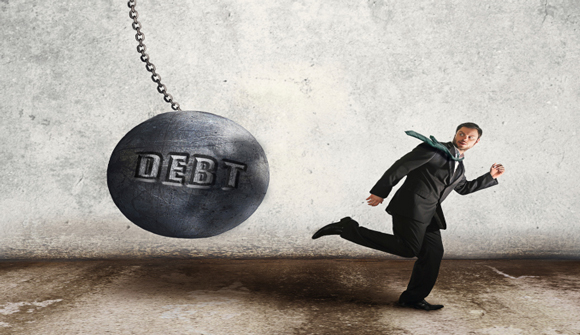 By the mid 1300s, the Republic of Florence in modern day Italy had experienced one of the greatest economic booms in human history.

In less than a century, Florence had grown from a tiny, irrelevant backwater to become one of Europe’s largest cities and preeminent financial center.

The expansion was truly impressive. Florence’s population had grown 10x. It had become a leading manufacturer in both weapons and textiles.

(Many etymologists believe the word ‘pistol’ is derived from the name of a town near Florence called Pistoia, which was renowned for its quality arms.)

And the city’s innovations in the banking industry were revolutionizing business across Europe.

Florence’s phenomenal economic success is quite similar to what the United States experienced in its early history.

Naturally, though, they managed to screw it up.

At the turn of the century in the year 1300, the Republic of Florence’s public debt was quite manageable at just 50,000 gold florins. That’s less than $100 per capita in today’s money.

By 1338, after a series of costly wars and expensive public works projects, Florence’s debt had ballooned to 450,000 gold florins. Four years later (after yet another war) it had grown to 600,000 gold florins.

This was crippling to public finances given that the government of Florence was paying between 10% and 15% interest on its debt.

To make matters worse, some of Florence’s most prominent banks had made bad loans to foreign governments– most notably to King Edward III of England, who had suffered terrible defeat against France in what would become known as the Hundred Years War.

Edward would ultimately default on his Italian bank loans, sparking a terrible banking crisis in Florence.

News traveled quickly that the most powerful financial center in Europe was in trouble. The government was near ruin, and the banks were collapsing.

And then came the plague.

In 1348, the Black Death ravaged Florence, wiping out at least 25% of its population. The famed Italian author Giovanni Boccaccio was living in the city at the time, and he wrote about his first-hand experiences in the Decameron:

“[S]uch terror was struck into the hearts of men and women by this calamity, that brother abandoned brother, and the uncle his nephew, and the sister her brother, and very often the wife her husband. What is even worse and nearly incredible is that fathers and mothers refused to see and tend their children, as if they had not been theirs.”

Business and commerce ground to a halt. Tax revenue dried up. Florence’s government was unable to pay its debts. People were wiped out.

As local politician Giovanni Villani described the situation, “Our republic has lost all its power and our citizens have nearly all been impoverished.”

City managers tried desperately to import food, but because Florence’s credit was so poor, few traders were willing to do business with them.

It was a historic and unprecedented fall from power; Florence had gone from being one of the wealthiest cities in Europe to literally begging for food in less than a decade.

I can’t help but wonder which countries are going to be begging as a result of our modern crisis.

Just like Florence in the 1300s, there are dozens of countries who were already in severe financial hardship going into this pandemic.

Now their tax revenues are dwindling, and they’re forced to spend absurd amounts of money to stimulate their economies.

A few years back our holding company acquired a private business in Australia that, thankfully, is holding up extremely well.

The CEO of that company called me a few days ago to tell me about some of Australia’s stimulus efforts; in addition to waiving payroll taxes, extending tax deadlines, and making direct loans to businesses, the Australian government is now directly subsidizing certain employee wages, up to $3,000 per month.

We’re seeing similar stimulus packages all over the world.

In the United States, of course, the government recently passed a $2 trillion stimulus plan… though I expect they’ll quickly realize that $2 trillion buys them about 4-6 weeks.

Remember that US government debt increased by $10 trillion in the first few years following the last financial crisis. It certainly seems reasonable to expect a repeat performance.

Some places will be able to afford such prodigious spending.

Norway, for example, has ZERO net debt. Norway’s government has such a massive financial surplus that they could tell every citizen, “Stay home and do nothing for the next six months,” and just write a check for everything. They wouldn’t need to go into debt by a single penny.

Italy, on the other hand, is a basket case.

The Italian government has no savings, and its debt burden even before this crisis was more than 120% of GDP.

Moreover, Italian banks were also teetering on the edge of disaster before the pandemic hit. I suspect most of them are completely insolvent now.

Making any forecast right now is remarkably difficult. Every scenario is on the table, and absolutely anything can happen.

But it seems pretty clear that the most heavily indebted countries are in big trouble… and we may be looking at a major sovereign debt crisis over the next few months.