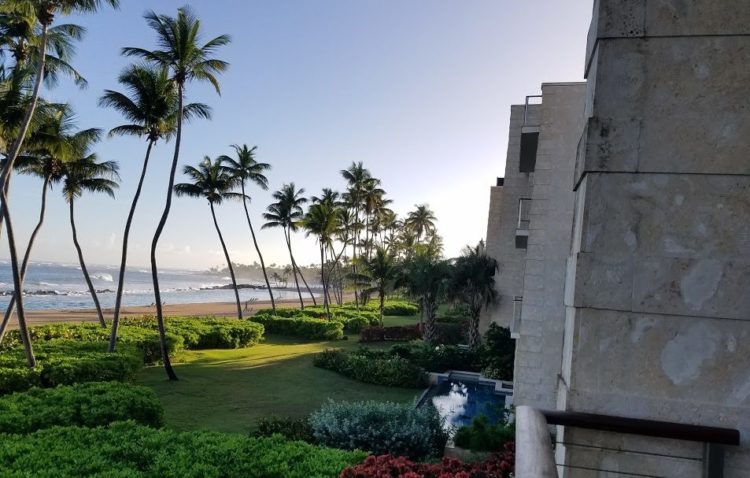 STAFF NEWS & ANALYSIS
This may be your last chance to take advantage of Puerto Rico’s best tax benefits
By Simon Black - July 10, 2019

Imagine a place where you could spend all day sitting on a beautiful beach, sipping piña coladas, mingle with some of the most fascinating people you’ll ever meet, and not pay any taxes…

It’s the classic dream of the offshore tax paradise. Unfortunately, that dream is largely dead due to Uncle Sam’s aggressive policies of cracking down on foreign tax havens.

But there’s still one place left in the world where this dream is a reality. And surprisingly enough, it’s in the US– yes, the best tax haven in the world is in the United States of America.

I’m of course talking about Puerto Rico. I recently moved there myself… the benefits are just too great to pass up on.

Every day I wake up there, I have to pinch myself to be reminded I’m not dreaming.

I rent a beautiful house with a gorgeous view on the water. I’ve built tremendous contacts on the island with influential people in business and government.

I am overwhelmed by the amount of opportunity there… and I pay almost no taxes.

The first time I heard of the opportunity through my good friend Peter Schiff, I thought it was too good to be true.

But after the initial skepticism, I went there myself to check it out and spend some time.

I was blown away, and ended up moving there permanently myself last year.

Honestly, the combination of lifestyle, tax benefits, opportunity and proximity to the US is as good as it gets.

Nowhere in the world have I seen such an incredible line-up of advantages.

To revive the island after twenty years of economic depression, the government passed a series of laws in 2012, hoping to attract wealthy investors and entrepreneurs to the island.

Two of those pieces of legislation, in particular, are incredibly attractive.

The first is Act 20, which allows entrepreneurs on the island to start a local company servicing foreign clients and pay just 4% in corporate tax.

The other is Act 22, which qualifies investors to pay 0% tax on dividends and capital gains in Puerto Rico.

And for maximum tax benefit, both regulations can be combined– allowing you to pay only 4% corporate tax and then ZERO percent on the dividends your company pays out to you.

Lately, however, rumors surfaced that Puerto Rico was going to completely scrap its tax advantages.

But these rumors are completely false.

Instead, the government approved almost 400 pages of new legislation pertaining to the incentives programs.

As always, it seems very few people actually bothered to read the report – hence the rumors.  But my staff meticulously combed through it, and here some of the main things you should be aware of:

What the government has done, however, is standardized the incentive structure into a single Incentives Code. That means Act 20 and 22 are no longer Acts per se, but chapters of the Incentives Code.

For example,  Act 20 is now Chapter 3 of the Incentives Code – Exportation of Goods and Services. And Act 22 now falls under Chapter 2 – Individuals.

The basic advantages of those acts – now chapters – still exist. And if you apply this year (before December 31st), you’ll still qualify under the existing rules.

That’s important because two weeks ago, the government of Puerto Rico released new legislation that makes it more costly to make the move to the island and enjoy the tremendous benefits.

Under the earlier rules, there were very few costs associated with moving to the island, and you didn’t need to own property to qualify for Act 22. But with the new legislation, that’s now changed…

Luckily, it’s still possible and relatively inexpensive to qualify for the tax incentives in Puerto Rico.

However, by acting NOW you can still be grandfathered in under the old rules– as long as you take action before December 31, 2019.

That way you will enjoy all the tremendous benefits for decades to come.

(If you are already a member of Sovereign Man: Confidential, our flagship international diversification service, stay tuned for our comprehensive Black Paper on Puerto Rico’s tax incentives, including the critical new updates you need to know about.)