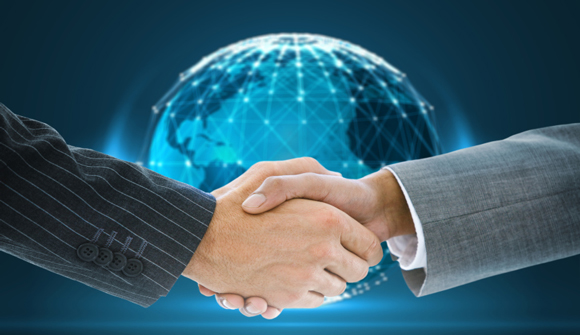 We got rid of TPP and now they’re bringing it back with TISA. In some ways it’s even worse that TPP.

TPP was killed because Congress wasn’t going to go along with it and US President Donald Trump withdrew the country from the Trans-Pacific Partnership (TPP) as soon as he got into office.

But now we’re finding out that it lives on through the Trade In Services Agreement (TISA). TISA has actually been around for a long time, some 21 rounds of negotiations since April 2013.

And while many things can be said about TISA, it was obviously designed as a back up to TPP. In fact one can speculate that TPP was actually expected to fail and TISA was developed to take its place.

What is TISA? It’s another version of corporate globalism that further deregulates banks, reduces Internet privacy and turns various kinds of manufacturing into services to make internationalization ever easier.

Not only is TISA similar to TPP, it’s a lot bigger, including the US, the European Union and numerous South American and Asian countries. It’s actually a good deal more inclusive than TPP.

Article 9 of TISA’s draft legislation makes sure nations cannot create separate, domestic rules for banks that are not their own. Small, local banks would thus be thrust into competition with overseas multinationals.

Additionally it demands that individual countries allow all sorts of financial products to be sold, including derivatives.

And, like TPP, it allows corporations to sue counties that have passed legislation that would adversely affect corporations. Just as with TPP, disputes would be handled by an as-yes-to-be-created international system.

This was perhaps the most disputed part of TPP, and here it is once more, coming right back again.

They call TISA free-trade, but just like TPP and other recent agreements it’s nothing but managed trade, designed to get corporate advantages.

TISA doesn’t seem to be going anywhere at the moment. The Trump administration claims it wants bilateral trade  talks, not multi-lateral ones. So perhaps it will be on the back burner for a while.

On the other hand, Trump can recreate TISA-TPP with bilateral agreements, so the danger is not over. The next globalist step is to make large corporations equal to nation states or even superior to them. That is what these agreements are supposed to accomplish.

People should be careful about what kind of bilateral agreements Trump wants to make. He already seems to have potentially endorsed a one-world currency in talks with China,

Certainly Trump is no libertarian. He’s not seeking to roll back anything in terms of increasing authoritarian structures, like Homeland Security, that have been erected in the last 20 years.

He seems fine with the structure as it is. He just wants to make sure he can use it for his own purposes.

It’s not clear where Trump is going with TISA. He may well let it die. But he could resurrect it bilaterally if he doesn’t have negative feelings about the larger corporate versus nation-state debate.

Trump may be comfortable giving corporations more power. We would not be, for  reasons stated many times before. Modern corporations are pumped up on the steroids of court decisions that have handed them their monstrous size.

Essentially what we have is a form of corporate fascism that is directly related to the vast structure of these corporate entities. Let them collapse to normal size rather than being inflated by intellectual property rights, corporate personhood, and various regulatory constructs, and we would be much more amenable to letting corporations do as they choose.

But then again, if corporations were merely normal sized, they wouldn’t be the chosen vehicle of the elites. That’s what this is all about really. The top banking elites have created modern corporations from government power, and now they want to extend their control.

Conclusion: They call these agreements “free trade” but the vehicles they use are developed by government not competition. They are supposed to represent the next stage of capitalism. But they are nothing of the sort.