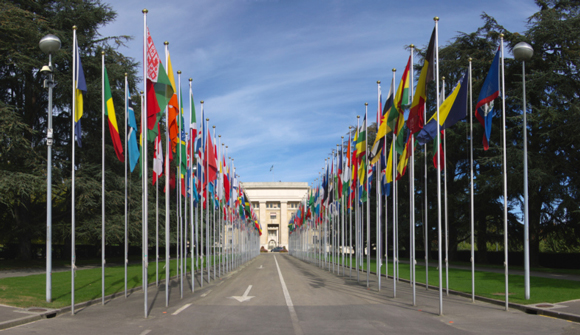 Trumpism as a stress test for democracy …. A series of populist anti-globalism shocks is a test for Western democracies. Trump’s stunning ascent to the White House is the clearest signal yet of an anti-establishment revolt unfolding in major democracies, stretching across the Atlantic. – Swiss Info Tech

Was Trump’s victory actually created by the very globalist elites that Trump is supposed to have overcome?

There are some who believe the elites are actually splintered into numerous groups and that domestic US elites have positioned themselves against the banking elites in London’s City. We see no fundamental evidence of this.

The world’s real elites in our view may have substantive histories in the hundreds and thousands of years. US elites are basically in the employ of a handful of families, individuals and institutions in our view.

It is confusing because it is hard to tell if Hillary, for instance, is operating on her own accord or at the behest of higher and more powerful authorities.

It is probably a combination of both but at root those who control central banks are managing the world’s move towards globalism. History easily shows us who these groups are – and they are not located in America.

This is a cynical perspective to be sure, and certainly doesn’t remove the impact of Trump’s victory or his courage in waging his election campaign despite what must surely be death threats to himself and  his family..

But if true, this perspective corresponds to predictions that we’ve been making for nearly a decade now, suggesting that sooner or later elites – especially those in London’s City – would have to “take a step back.”

The vote to propel Trump to the US presidency reflects a profound backlash against open markets and borders, and the simmering anger of millions of blue-collar white and working-class people who blame their economic woes on globalisation and multiculturalism.

“There are a few parallels to Switzerland – that the losers of globalisation find somebody who is listening to them,” said Swiss professor and lawyer Wolf Linder, a former director of the University of Bern’s political science institute.

“Trump is doing his business with the losers of globalisation in the US, like the Swiss People’s Party is doing in Switzerland,” he said. “It is a phenomenon which touches all European nations.”

Again, this article presumes that Trump has “won” and that he intends to attack the larger globalist enterprise and the bankers funding it. On the other hand, it could be that both Trump and Brexit have been engineered to look as if the tide is turning against globalism when it is not.

Why would those in charge want to portray this point of view when it may not be so? Because of what we call the “Internet Reformation” that has blasted open the secretive manipulations of the globalist elite in the past decade or so.

As we have suggested before, it is perfectly possible that a decision has been made to pretend to grant the larger society a “victory” over internationalism.

Following this analysis, certain trends would be identified and encouraged that would seem to portray globalism as falling back on its metaphorical heels.

In truth, if this analysis is correct, globalism’s retreat is a kind of pretense that will steer society less obviously in a globalist direction.

One way this could happen is by ensuring the splintering of Europe – but not in a way that actually reduces control from Brussels. It will APPEAR to be so but won’t actually happen. The same thing could take place in the USA under Trump.

Nonetheless, even if an alternative elite strategy has been decided on to realize globalism in another fashion, it ought to be pointed out that things have changed. And the Internet and its revelations are surely responsible.

This is a very big deal and it is one that ought to be emphasized repeatedly. Brexit and Trump could be, somehow, the result of a different elite approach – but the approach HAS changed nonetheless.

Think of it this way: Hillary represented the blunt approach toward the realization of further globalism. Her way included an aggressively expanded war and the pursuit of other globalist trends.

Trump, rhetorically anyway, has a different approach in mind that would gut many internationalist trends.

If Trump follows through on his rhetoric, the trend toward an internationalist world will be reduced. And while there is controversy over Trump’s recent staff appointments we should also bear in mind that the Trans Pacific Partnership (TPP) and the Transatlantic Trade and Investment Partnership (TTIP) both seem to be failing now.

If indeed Trump’s election has damped the progress of TPP, and TTIP, this is a huge event. As we’ve pointed out, both agreements effectively substituted technocratic corporatism for the current sociopolitical model of “democracy.”

The elites were trying to move toward a new model of world control with these two agreements. This is similar to what happened after the advent of the Gutenberg Press when the elites of the day moved away from royal control and apparently swapped in democracy.

It seems evident that internationalism is now going to take a longer time to realize than we thought. However, this observation may not be entirely accurate if Trump turns out to be something other than his rhetoric suggests – or if Brexit is denied in Europe.

Additionally, one of the elite’s most powerful, operative memes today is “populism vs. globalism” that seeks to contrast the potentially freedom-oriented events of Trump and Brexit to the discarded wisdom of globalism. See here and here.

No matter what, the reality of these two events, the victories of both Trump and Brexit, stand as signal proof that elite stratagems have been defeated, at least temporarily. Though whether these defeats have been self-inflicted as part of a change in tactics remains to be seen.

Conclusion: But the change has come. One way or another the Internet and tens of millions or people talking, writing and acting has forced new trends. This can be hardly be emphasized enough. Globalism has been at least temporarily redirected