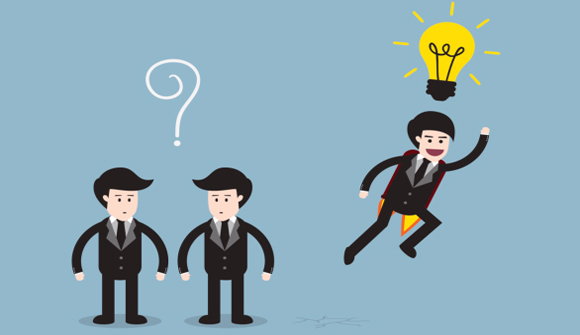 STAFF NEWS & ANALYSIS
Understand the Message and Don't Wait for Others
By Daily Bell Staff - December 31, 2015

Obama's 'Boots on the Ground': U.S. Special Forces Are Sent to Tackle Global Threats … They are taking on a larger combat role in Afghanistan, where the war was supposed to be over. They are headed to Syria to help fight the Islamic State in its stronghold. And President Obama recently ordered nearly 300 of them to Cameroon to assist African troops in their battle against a militant group that has pledged loyalty to the Islamic State. – New York Times

Dominant Social Theme: The US must use special forces to keep the peace and militarism to sustain social cohesion.

Free-Market Analysis: In the other article in today's issue, we pointed out that the alternative media continues to effectively erode the mainstream media narrative. In this article, however, we will remind viewers that such victories are never clear cut. We'll use the above New York Times article to explain further.

Establishment publications like the Times and The Washington Post are fond of articles that describe events without being overly judgmental. The tone of this article is to be mildly critical but mostly within the context of reporting an evolving policy.

Certainly such journalism is not focused on alternative scenarios. The article in question is not seen as a place for a significant recalibration. It does the job of substantive journalism by presenting both a thesis and an antithesis but by rigorously controlling the boundaries of the conversation it is able to maintain a disciplined, cohesive message – and to avoid confronting more uncomfortable topics.

With the Middle East in tumult, radical groups holding swaths of territory in Africa, and a presidential campaign fanning fears of a growing terrorism threat, the White House has steadily expanded the global missions of American Special Operations troops.

Even as Mr. Obama has repeatedly said that he opposes American "boots on the ground" in far-flung parts of the world, his administration continues to carve out exceptions for Special Operations forces — with American officials often resorting to linguistic contortions to mask the forces' combat role.

…These deployments, as well as other missions being considered, have upended the Obama administration's goal of withdrawing from countries that for more than a decade have been crucibles of combat for the American military.

The criticism here is of the shallowest kind. Obama is being accused of changing his mind but this is far from the presentation of a critical error. Later on in the article, other criticisms are voiced over the policy, suggesting that it might easily become a "waste of time and money."

The article even suggests that there is a need for a "global approach" to the problem of terrorism – which implies international military coordination.

Contrast this soft-peddling to Paul Craig Roberts's recent column, "Why WWIII Is On The Horizon." The New York Times perpetuates the meme of intervention by avoiding a description of an alternative. Roberts goes in the opposite direction.

Here's how it begins.

The collapse of the Soviet Union in 1991 gave birth to a dangerous American ideology called neoconservativism. The Soviet Union had served as a constraint on US unilateral action. With the removal of this constraint on Washington, neoconservatives declared their agenda of US world hegemony. America was now the "sole superpower," the "unipower," that could act without restraint anywhere in the world.

And here is the conclusion:

At this point in time, nuclear war can only be avoided in two ways. One way is for Russia and China to surrender and accept Washington's hegemony. The other way is for an independent leader in Germany, the UK, or France to rise to office and withdraw from NATO. That would begin a stampede to leave NATO, which is Washington's prime tool for causing conflict with Russia and, thereby, is the most dangerous force on earth to every European country and to the entire world. If NATO continues to exist, NATO together with the neoconservative ideology of American hegemony will make nuclear war inevitable.

Roberts's point is that the US has abused its "unipower" status and thus placed the world in grave danger as China and Russia begin to push back. The Times article, meanwhile, uses "news" to justify a larger military policy. Roberts is focused on the clear danger of a larger war and is intent on using a historical narrative to help.

Mainstream media articles such as the one the Times has written are cleverly manipulated to create a façade of credibility. Such articles purport to present both sides of a given issue or news item but inevitably thesis and antithesis are used to hedge the conversation not expand it.

Now, it may be that at some point the Times will begin to portray the possibility of World War III more aggressively. But if it does so, the articles surely will not be written to present the US as an aggressor but more as a hapless victim of circumstances beyond its control. In other words, the narrative will still revolve around what we call directed history.

Roberts is far more willing to provide us with a comprehensive analysis that underscores more dangerous issues involved with the current expansive interventionism. It is only when you compare one narrative to another that you begin to notice how radical the differences are.

It is too much to expect the mainstream media to have a sudden conversion to truth-telling. In fact, we can expect current techniques, honed by decades of experience and cynicism, to be employed more forcefully than ever as the current interventionism continues to expand.

Many no longer have any trust at all in the mainstream media and pay little if any attention to its message. But publications like the Times, The Washington Post and Newsweek rarely if ever go out of business. Somehow the money is always found to keep them going and their viewpoints thus remain in the public mind.

Even though people now distrust the mainstream media, the messages that issue forth from such journalistic endeavors continue to muddy the proverbial waters and make a clear understanding of what is taking place difficult.

Thus, there is a limit to the clarity that one experiences as a consumer of media, both mainstream and alternative. If you have the intellectual wherewithal to internalize the kinds of dangers that Roberts is describing, you owe it to yourself and your family to act.

Please don't wait for others to join you. Given the continuation of the mainstream media and endless legions of clever state apologists masquerading as journalists, a contingent of readers will always remain confused.