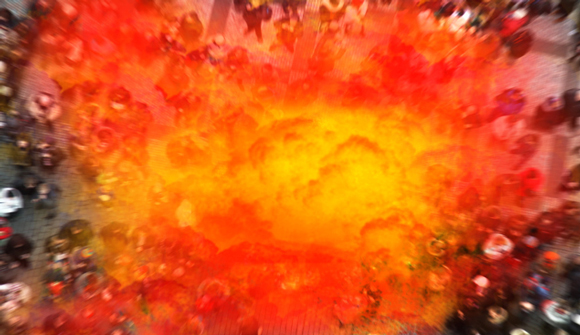 'Spider in web' mastermind of Paris attacks killed in raid … The suspected Islamic State mastermind of the Paris attacks was among those killed in a police raid north of the capital, France confirmed on Thursday, bringing an end to the hunt for Europe's most wanted man. Authorities said they had identified the mangled corpse of Belgian national Abdelhamid Abaaoud from fingerprints in the aftermath of Wednesday's raid and gunbattle in which at least two people died including a female suicide bomber. – Reuters

Dominant Social Theme: Let's kill all these terrorists. It's not as if we want information from them.

Free-Market Analysis: One wonders why perpetrators of mass killings are rarely taken alive. Perhaps it is hard to do so, but let us recall pertinent circumstances regarding the Boston Marathon bombing.

Here is what conservative/libertarian commentator Dr. Paul Craig Roberts has to say regarding that bombing in an article entitled "FBI Evidence Proves Innocence of Accused Boston Marathon Bomber Dzhokhar Tsarnaev."

As readers know, I have been suspicious of the Boston Marathon Bombing from the beginning. It seems obvious that both Tsarnaev brothers were intended to be killed in the alleged firefight with police, like the alleged perpetrators of the Charlie Hebdo affair in Paris. Convenient deaths in firefights are accepted as indications of guilt and solve the problem of trying innocent patsies.

Roberts then presents us with a lengthy affidavit from Maret Tsarnaev concerning the prosecution of her nephew, Dzhokhar Tsarnaev, and maintaining his innocence. The larger point here is Roberts's suggestion that the Tsarnaev brothers were "intended to be killed [to] … solve the problem of trying innocent patsies."

In fact, the death of Tamerlan is puzzling at least given that a video taken before his death shows him being stripped naked before being put into a police car. The doctor who tried to save Tamerlan's life reported that he did not show signs of having been run over by a vehicle.

Roberts makes a similar point in another recent article, "Will The Matrix Prevail?"

Not even the "Russian propaganda outlet" RT asks why 50 heavily armed police were unable to capture two people alive and had to kill them!

Roberts goes on to ask a number of questions regarding the Paris bombings. Some of this same skepticism could be applied to US mass shootings as well. In such cases it would be better if at least the main culprits in such tragedies were captured alive so we could hear about their motives in their own words.

Certainly, having the testimony of such people would tend to confirm or deny the idea of "blowback." This is a sociopolitical construct that libertarian politician Ron Paul has helped popularize and we've referred to the concept on numerous occasions. Testimony by those involved in these shootings, especially if they seem politically motivated, could provide significant insight into the reasons for the violence.

Ron Paul's perspective, echoed by Roberts in this article, is that the West's involvement in lengthy Middle East wars is creating "millions of deaths and displaced persons." Such violence inevitably creates a desire for violent revenge and one might expect more rather than less of it as these wars continue for decades and evolve.

Of course, there are various kinds of blowback. One kind of blowback not often discussed is the corrosive impact of violence on the societies prosecuting these wars. Increased militarization, interference in personal financial affairs and travel restrictions, among many other ramifications, are the inevitable result.

As these wars continue and even increase, we can see the impact on our day-to.day lives. Gradually we are losing the ability to work and live without considerable government oversight.

Anyone interested in the safety of their families and the health of their portfolios ought to take steps to ensure their independence as soon as possible. There are many ways to do this and here at The Daily Bell we will continue to point out fundamentals including ownership of precious metals, second homes and types of potential investments within the context of the larger business cycle.