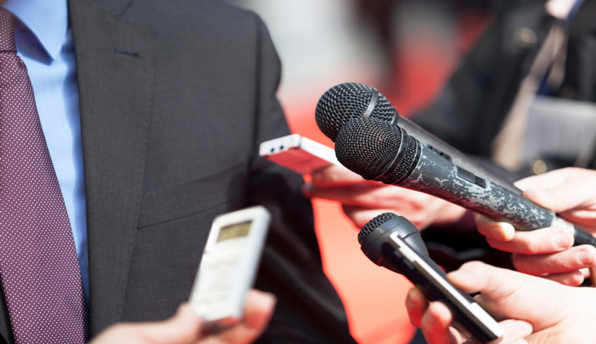 No, Russian Agents Are Not Behind Every Piece of Fake News You See  … Making everyone who shares fake news part of a Russian conspiracy is not helpful. One of the themes that has emerged during the controversy over “fake news” and its role in the election of Donald Trump is the idea that Russian agents of various kinds helped hack the process by fueling this barrage of false news. But is that really true?  – Fortune

Fortune has written a somewhat skeptical article about fake news, but misses the point so far as we are concerned.

Fake news exists and has an impact: That’s the basic thrust of the Fortune article – and others like it. It constitutes a kind of propaganda. The idea here is to grant “fake news” existence while presenting a moderate perspective.

In fact, the fake news “debate” is entirely illegitimate. It is what we firmly believe is a “dominant social theme,” elite sponsored propaganda that began suddenly and for reasons that have little or nothing with alerting Americans to Russia’s supposed interference in US elections.

From what we can tell, the fake news debate is actually further debasing the credibility of mainstream media. As we’ve written before, it serves the same function in the US that Muslim immigration has in Europe.

It’s helping destroy people’s faith in their society. We could see the process taking place during the recent elections. The pro-Hillary coverage of the mainstream media was so excessive that it’s hard to reach another conclusion.

Already sinking under a tidal wave of skepticism, the mainstream media reported on the election in such a way as to further alienate tens of millions – perhaps half the adults in the country, or even more.

Was this an unintended consequence of supporting Hillary? Not in our view, especially with the destruction of society going on in Europe.

The idea on both sides of “the pond” is ultimately to destroy culture and make nation states further amenable to globalism.

…  One group [of proponents] is associated with the Foreign Policy Research Institute, a conservative think tank funded and staffed by proponents of the Cold War between the U.S. and Russia, which says it has been researching Russian propaganda since 2014.

The second group is something called PropOrNot, about which very little is known. Its website doesn’t name anyone who is associated with it, including the researchers who worked on the report. And the Post doesn’t name the group’s executive director, whom it quotes, because it says he is afraid of “being targeted by Russia’s legions of skilled hackers.”

The article goes on to point out that PropOrNot’s Twitter account “has only existed since August of this year. And an article announcing the launch of the group on its website is dated last month.”

The program is evidently being rushed out for some reason in stages, possibly to coincide with a challenge launched by Hillary Clinton that will result in recounting votes in three states to see if the US presidential election can be overturned.

Some other points from Fortune. In evaluating these points,. we can see that the Fortune article does  not discount “fake news.”It simply wants to re-position the argument, possibly to make it more believable:

Connecting hundreds of Twitter accounts into a dark web of Russian-controlled agents, along with any website that sits on some poorly thought-out blacklist, seems like the beginnings of a conspiracy theory, rather than a scientific analysis of the problem.

We will  do it for them, Fake news is not just the beginnings of a conspiracy theory. It is part of a clear propaganda campaign aimed at degrading the alternative media including one of the largest quasi-libertarian news websites in the world, The Drudge Report.

It’s not yet clear who is behind these efforts but that will certainly emerge over time. As Ron Paul wrote recently, these attacks will doubtless continue.

It is also true that as we’ve already seen, there will be a good deal of push-back from the alternative media itself. And it will be hard to establish that 200-plus groups were in the knowing or unknowing control of Russia and Putin.

The connection currently is being “proven” via sleight-of-hand. There are similarities between alternative media websites when it comes to an editorial thrust because the people at the top of Western culture have a specific point of view and use specific tools, often violent, to stay in control. Thus criticisms tend to fall into specific patterns as well.

It is perfectly possible – in fact it is obvious – that some of these criticisms are similar to those launched by Russian writers and propaganda outlets. But that doesn’t mean there is any coordination.

Probably the same linkages could be observed between some other countries and the US alternative media as well. Iceland comes to mind, among others. It is easy to create a map of such linkages, but that doesn’t mean the conclusion is valid.

When it comes to the alternative media, it will be hard to establish the viability of what’s been claimed. On the other hand, such an establishment may not be necessary if authorities get involved on a formal basis.

Hillary’s current challenge of the presidential election, and its outcome, will doubtless have an impact on these accusations as well. It is hard to tell what the Trump campaign is doing to forestall the almost inevitable manipulation that will  occur in the states where she is challenging the vote count.

Conclusion: Whether Hillary is able to declare victory or not, the next four years will be tumultuous indeed. Most people will conclude that the tumult is the inevitable outcome of political and media events. They will not grant the feasibility of it being orchestrated. But that is how it seems to us.